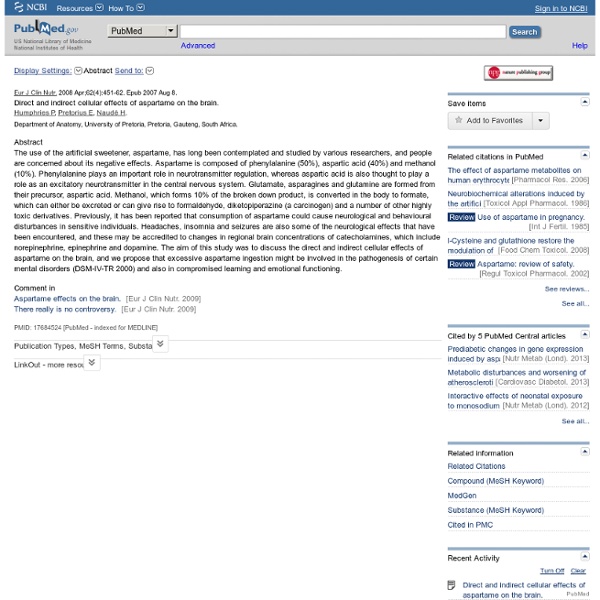 Neuroscientists reveal magicians' secrets - Technology & science - Science - LiveScience NEW YORK — There is a place for magic in science. Five years ago, on a trip to Las Vegas, neuroscientists Stephen Macknik and Susana Martinez-Conde realized that a partnership was in order with a profession that has an older and more intuitive understanding of how the human brain works. Magicians, it seems, have an advantage over neuroscientists. "Scientists have only studied cognitive illusions for a few decades. She and Macknik, her husband, use illusions as a tool to study how the brain works. After their epiphany in Las Vegas, where they were preparing for a conference on consciousness, the duo, who both direct laboratories at the Barrow Neurological Institute in Arizona, teamed up with magicians to learn just how they harness the foibles of our brains. The psychological concepts behind illusions are generally better understood, but they treat the brain as something of a black box, without the insight into brain activity or anatomy that neuroscience can offer, they write.

Changing brains: why neuroscience is ending the Prozac era | Science | The Observer Mice are used in research into optogenetics, which suggests that even finer control of the brain may be possible. Photograph: John B Carnett/Popular Science via Getty Images The psychiatric drug age may have reached its peak. Although mind-altering medications are being prescribed in record numbers, signs of a radically new approach to understanding and treating mental illness are emerging from the deep waters of neuroscience. No longer focused on developing pills, a huge research effort is now devoted to altering the function of specific neural circuits by physical intervention in the brain. The starkest indication that drugs are increasingly being thought of as yesterday's cutting-edge comes from the little mentioned fact that almost all the major drug companies have closed or curtailed their drug discovery programmes for mental and neurological disorders. This is largely because these drugs tend not to be very specific in their effects on the brain. Let's make this clear.

Your Memories Need Their Sleep Ann Whitman (212) 223-4040awhitman@dana.org The big test is tomorrow—should you stay up late and study, or cut short the cram session and get a good night’s sleep? Most if not all students face this dilemma at some point in their lives. This issue doesn’t affect only students or business people whose performance depends heavily on memorization. The good news is that researchers may soon find ways to counteract this process, by helping people to sleep better and by developing techniques to strengthen specific memories during sleep. A recent awakeningThere have long been tantalizing hints of the relationship between sleep and memory. But testing the relationship between sleep and memory was and still is tricky. Sleep itself is not a uniform process. The scientific shift towards SWS as the major memory-consolidation phase began in the mid-1990s with experiments in animals, the results of which were later confirmed in human subjects. How does memory consolidation work? Published August 2012

Serotonin And Happiness Are Regulated By Gut Bacteria - BMED Report University of College Cork (UCC) scientists have shown that brain levels of serotonin, the ‘happy hormone,’ are regulated by the amount of bacteria in the gut during early life. Their research is being published today in the leading international psychiatry journal, Molecular Psychiatry. This research shows that normal adult brain function depends on the presence of gut microbes during development. Serotonin, the major chemical involved in the regulation of mood and emotion, is altered in times of stress, anxiety and depression and most clinically effective antidepressant drugs work by targeting this neurochemical. Scientists at the Alimentary Pharmabiotic Centre in UCC used a germ-free mouse model to show that the absence of bacteria during early life significantly affected serotonin concentrations in the brain in adulthood. “We’re really excited by these findings” said lead author Dr. Material adapted from University of College Cork.

Neuroacoustics: The Healing Power of Sound ALBUQUERQUE, NM—The experience of sound is at the very core of human consciousness, and it can be a powerful tool for healing, said Jeffrey Thompson, DC, at the annual meeting of the American Holistic Medical Association. For more than 20 years, Dr. Thompson has been exploring neuroacoustics and the therapeutic application of sound. “It is akin to the picking of a lock on the neurophysiologic processes that the body already uses to heal itself,” said Dr. Primordial Sounds and Self-Awareness Perception of sound begins in the womb, and it begins very early. In many respects, it is through sound that a gestating human becomes aware of itself. Recordings of primordial sounds can be used therapeutically to access aspects of consciousness and memory to which an individual is typically unconscious. Physical Resonance Much of Dr. Almost everyone has seen images of a wine glass being exploded by sound. Dr. Coupled Oscillation and Biosynchronization Binaural Beats and Hemispheric Synchronization Dr.

Grandma's Experiences Leave Epigenetic Mark on Your Genes Why can’t your friend “just get over” her upbringing by an angry, distant mother? Why can’t she “just snap out of it”? The reason may well be due to methyl groups that were added in childhood to genes in her brain, thereby handcuffing her mood to feelings of fear and despair. Of course, it is generally not possible to sample the brains of living people. But examining blood samples in humans is routine, and Szyf has gone searching there for markers of epigenetic methylation. All the men had been at a socioeconomic extreme, either very rich or very poor, at some point in their lives ranging from early childhood to mid-adulthood. Timing, in other words, matters. Last year, Szyf and researchers from Yale University published another study of human blood samples, comparing 14 children raised in Russian orphanages with 14 other Russian children raised by their biological parents. “The thing I’ve gained from the work I do is that stress is a big suppressor of maternal behavior,” she says.