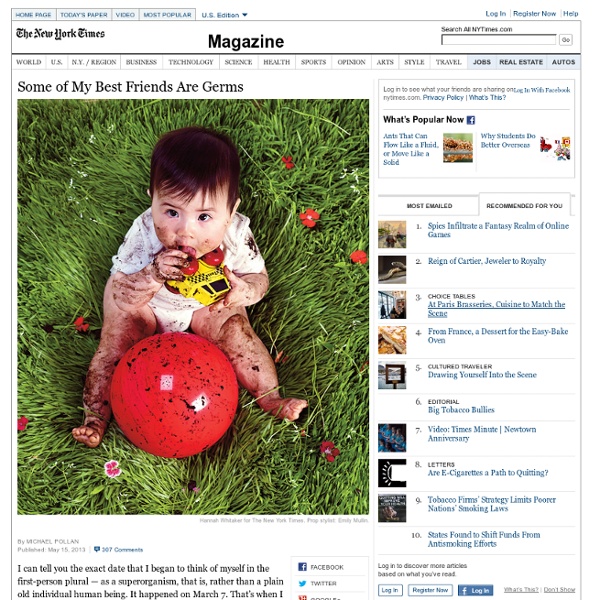 Compound in Plants Found to Halt Growth of Melanoma Cancer Cells Showcasing once again how numerous food-based substances are able to both treat and protect against cancer, scientists from the Texas Biomedical Research Institute have found for the first time that a natural, plant-derived substance known as gossypin is capable of treating the deadliest form of skin cancer – melanoma. In the study, published in the journal Molecular Cancer Therapeutics, researchers found gossypin was able to inhibit human melanoma cell proliferation in melanoma cell lines where two genetic mutations occur. In the lab tests using cell cultures, gossypin was also shown to inhibit the growth of human melanoma cells and reduce tumor volume while increasing survival rate. The American Cancer Society estimates that 76,690 individuals will be diagnosed with melanoma in 2013. Additionally, an estimated 9,480 people are expected to die of melanoma this year. Greens medicine Related Posts

The wonder of breasts We love breasts, yet can't quite take them seriously. Breasts embarrass us. They're unpredictable. They appear out of nowhere in puberty, they get bigger in pregnancy, they're capable of producing prodigious amounts of milk, and sometimes they get sick. The urgency to know and understand breasts has never been greater. More tumours form in the breast than in any other organ, making breast cancer the most common malignancy in women worldwide. But breasts are often overlooked, at least for non-cancer scientific research. I wanted to know more, so I went to the 15th meeting of the International Society for Research in Human Milk and Lactation in Lima. Scientists used to think breast milk was sterile, like urine. Then there are the sugars. They don't feed us, but they do feed many types of beneficial bacteria that make a home in our guts and help us fight infections. A quick survey of what biotech companies are doing shows the range of benefits being attributed to human milk.

Eat Your Iron Infographic May 20 • Diet , Fruit , Seeds , Vegetables • 164 Views • Comments Eat Your Iron Infographic by LiveLoveFruit.com Eat More Fruit Kale Related Posts « 10 Healing Spices and Herbs Medicinal Properties of Avocado » Faecal transplants used to cure Clostridium difficile 11 December 2011Last updated at 23:59 By James Gallagher Health reporter, BBC News Transplanting faecal matter from one person to another - the thought might turn your stomach, but it could be lifesaving. Some doctors are using the procedure to repopulate the gut with healthy bacteria, which can become unbalanced in some diseases. Dr Alisdair MacConnachie, who thinks he is the only UK doctor to carry out the procedure for Clostridium difficle infection, describes it as a proven treatment. He says it should be used, but only as a treatment of last resort. The logic is simple. C. difficile infection is caused by antibiotics wiping out swathes of bacteria in the gut. The first-choice solution, more antibiotics, does not always work and some patients develop recurrent infection. The theory is that by adding more bacteria to the bowels, they will compete with C. difficile bacteria and control the infection. The procedure Dr MacConnachie inserts a tube up the patient's nose and down to the stomach.

The Disease Machine: Why Drug Makers Keep You Sick Why are ineffective and dangerous drugs peddled by supposed ‘public health’ organizations in place of well-established natural solutions with virtually zero side effects? The truth of the matter is that drug makers simply would not profit if the world were to awaken to the plethora of free health-promoting substances that beat out over-priced pharmaceuticals and medical interventions. There would be no need for pharmaceutical manufacturers, phony ‘public health’ organizations peddling the latest ‘miracle’ drug, and certainly no research organizations feeding off the donations of good-hearted individuals. You may think that this is an impossibility and that natural solutions simply do not compare to ‘scientifically proven’ pharmaceutical science. It was recently revealed that cancer drugs, toted as the only choice among chemotherapy for many cancer sufferers by ‘public health’ groups, are actually causing massive tumors and subsequently killing the patient. Sources :

I had the bacteria in my gut analysed. And this may be the future of medicine | Science We are all familiar with "gut feelings", "gut reactions" and "gut instincts", but how much do we really know or care about our guts? As we become increasingly more aware of what we put in our stomachs, it's striking how ignorant we remain of what takes place in our intestines. And it turns out there is an awful lot going on down there. Microbiologists have made some startling advances in revealing our innermost secrets. It turns out that there is a complex ecosystem deep within us that is home to a fantastic diversity of life – of which very little belongs to our species. For most of us, suspicious of foreign bodies, it's a struggle to comprehend that at our very core we are less than – or rather much more than – human. That means there is a tremendous amount of us that is not, so to speak, us. Well, I wasn't much concerned about bacteria before I got the contents of my gut tested. "I realised I needed to study the whole canvas," he says. These fatty acids are beneficial to the body.

Human Microbiome Project - Overview Microscopic study of the healthy human body has demonstrated that microbial cells outnumber human cells by about ten to one. Until recently though, this abundant community of human-associated microbes remained largely unstudied, leaving their influence upon human development, physiology, immunity, and nutrition almost entirely unknown. The NIH Common Fund Human Microbiome Project (HMP) was established with the mission of generating research resources enabling comprehensive characterization of the human microbiota and analysis of their role in human health and disease. Traditionally, microorganisms have been studied as cultures in the laboratory. The NIH Human Microbiome Project is one of several international efforts designed to take advantage of large scale, high through multi ‘omics analyses to study the microbiome in human health. Development of a reference set of microbial genome sequences and preliminary characterization of the human microbiome

World Renown Heart Surgeon Speaks Out On What Really Causes Heart Disease By Dr. Dwight Lundell, M.D. We physicians with all our training, knowledge and authority often acquire a rather large ego that tends to make it difficult to admit we are wrong. I trained for many years with other prominent physicians labelled “opinion makers.” The only accepted therapy was prescribing medications to lower cholesterol and a diet that severely restricted fat intake. It Is Not Working! These recommendations are no longer scientifically or morally defensible. The long-established dietary recommendations have created epidemics of obesity and diabetes, the consequences of which dwarf any historical plague in terms of mortality, human suffering and dire economic consequences. Despite the fact that 25% of the population takes expensive statin medications and despite the fact we have reduced the fat content of our diets, more Americans will die this year of heart disease than ever before. Read full article Inflammation Relief Info Related Posts

Humans: 10% Human and 90% Bacterial | Amped We are moving from a multi-decade focus on killing ALL bacteria via soaps, detergents, antibiotics and hand sanitizer, to a new understanding of the complex bacterial system in our bodies and in the world around us. We now understand that humans are 90% microbial but only 10% human. The average human has over 100 trillion microbes in and on their body, and many of the latest discoveries are challenging previously held ideas about good and bad bacteria. We are witnessing the shift from a World ruled by the antibacterial obsessed and non-stop antibacterial marketing, to one that has a heightened awareness of the importance of the microbial ecosystem (the microbiome). In sparks and honey’s recent report, Time to Get Dirty: Why the Ancient Wisdom of Microbes is the Future of Health, we explore five emerging areas that are shaping the conversations and debate around the microbiome. To learn more about the world of the microbe, download our free report here.

Black Seed: the Remedy for Everything But Death This humble but immensely powerful seed kills MRSA, heals the chemical weapon poisoned body, stimulates regeneration of the dying beta cells within the diabetic’s pancreas, and yet too few even know it exists. Black seed has been researched for very specific health conditions. Some of the most compelling applications include: Type 2 Diabetes: Two grams of black seed a day resulted in reduced fasting glucose, decreased insulin resistance, increased beta-cell function, and reduced glycosylated hemoglobin (HbA1c) in human subjects. Helicobacter Pylori Infection: Black seeds possess clinically useful anti-H. pylori activity, comparable to triple eradication therapy. Epilepsy: Black seeds were traditionally known to have anticonvulsive properties. High Blood pressure: The daily use of 100 and 200 mg of black seed extract, twice daily, for 2 months, was found to have a blood pressure-lowering effect in patients with mild hypertension. Nuts & Seeds Related Posts

Alien-like life forms that make up 90% of our living cells By Daily Mail Reporter Updated: 16:18 GMT, 19 May 2011 We are only 10% human the rest is pure microbe, reveals microbiologist You may think these alien-looking bacteria would be unwelcome guests, but these lifeforms actually make up 90 per cent of the living cells in our bodies. As these incredible CGI images show, the human body is home to trillions of weird and wonderful lifeforms. Tube shaped e.coli use their three tails to swim vigorously up and down our guts, while salmonella which are famous for food poisoning scares live happily on our skin with no ill effects to us. Computer artwork of bacteria (blue and green) on human skin. A magnified conceptual visualization of multiple coccus bacteria on a cellular surface. Our relationship with the single-celled friends is so strong that some scientist have come to regard us and our hitchhikers as one human-bacteria super-organism. Cork Institute of Technology lecturer, Dr Roy D. Computer artwork of chains of Streptococcus pneumoniae bacteria.

Breeding the Nutrition Out of Our Food This health directive needs to be revised. If we want to get maximum health benefits from fruits and vegetables, we must choose the right varieties. Studies published within the past 15 years show that much of our produce is relatively low in phytonutrients, which are the compounds with the potential to reduce the risk of four of our modern scourges: , cardiovascular disease, and . The loss of these beneficial nutrients did not begin 50 or 100 years ago, as many assume. These insights have been made possible by new technology that has allowed researchers to compare the phytonutrient content of wild plants with the produce in our supermarkets. Wild dandelions, once a springtime treat for Native Americans, have seven times more phytonutrients than spinach, which we consider a “superfood.” Were the people who foraged for these wild foods healthier than we are today? The sweet corn that we serve at summer dinners illustrates both of these trends. Mr.