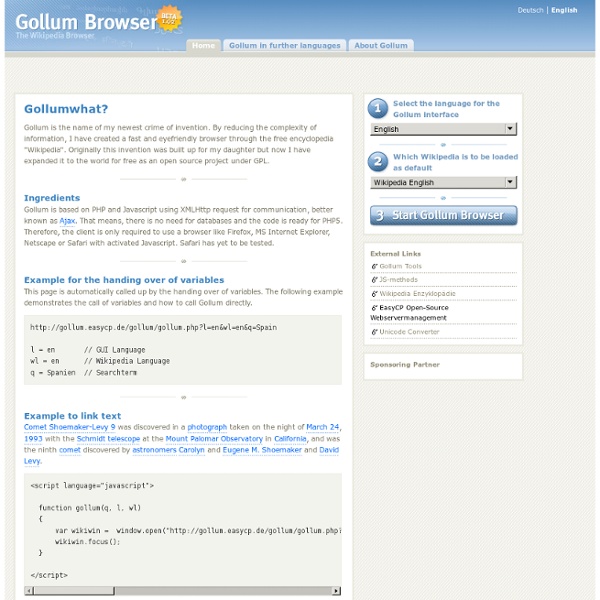 List of web browsers The following is a list of web browsers that are notable. Timeline representing the history of various web browsers. Historical[edit] This is a table of personal computer web browsers by year of release of major version, in chronological order, with the approximate number of worldwide Internet users in millions. Note that Internet user data is related to the entire market, not the versions released in that year. The increased growth of the Internet in the 1990s and 2000s means that current browsers with small market shares have more total users than the entire market early on. Notable releases[edit] In order of release: Notable layout engines[edit] Graphical[edit] Current/maintained projects are in boldface. Trident shells[edit] Other software publishers have built browsers and other products around Microsoft's Trident engine. Gecko-based[edit] Mozilla Firefox (formerly Firebird and Phoenix) Yahoo! Gecko- and Trident-based[edit] Webkit- and Trident-based[edit] KHTML-based[edit] Presto-based[edit]

Data dumps The Wikimedia Foundation is requesting help to ensure that as many copies as possible are available of all Wikimedia database dumps. Please volunteer to host a mirror if you have access to sufficient storage and bandwidth. Summary[edit] Description[edit] WMF publishes data dumps of Wikipedia and all WMF projects on a regular basis. Content[edit] Stub-prefixed dumps for some projects which only have header info for pages and revisions without actual contentMedia bundles for each project, separated into files uploaded to the project and files from Commons images : Static HTML dumps for 2007-2008 (see more) Download[edit] You can download the latest dumps (for the last year) here ( for English Wikipedia, for German Wikipedia, etc). Archives :

ZAC Browser ZAC Browser (Zone for Autistic Children) is a web browser designed specifically for children and teenagers with autism and autism spectrum disorders such as Asperger syndrome, pervasive developmental disorders (PDD) and PDD-NOS.[1] Because autistic children display characteristics such as impairments in social interaction, impairments in communication, restricted interests and repetitive behavior, the standard browser experience can often be overwhelming. The ZAC browser reduces the number of user interface controls and removes access to much of the Web in order to simplify the experience for autistic children. ZAC browser is available as a free download for Windows 98/ME/2000/XP/Vista. History[edit] John LeSieur had a grandson named Zack who was diagnosed with severe autism at the age of 3.[2] Because of the autism, the child was often very frustrated when using the computer. In 2008, KidCD 2.0 was released and added a feature that automatically switched icons on the screen.

Who Writes Wikipedia? I first met Jimbo Wales, the face of Wikipedia, when he came to speak at Stanford. Wales told us about Wikipedia’s history, technology, and culture, but one thing he said stands out. “The idea that a lot of people have of Wikipedia,” he noted, “is that it’s some emergent phenomenon — the wisdom of mobs, swarm intelligence, that sort of thing — thousands and thousands of individual users each adding a little bit of content and out of this emerges a coherent body of work.”† But, he insisted, the truth was rather different: Wikipedia was actually written by “a community … a dedicated group of a few hundred volunteers” where “I know all of them and they all know each other”. Really, “it’s much like any traditional organization.” The difference, of course, is crucial. So did the Gang of 500 actually write Wikipedia? Stanford wasn’t the only place he’s made such a claim; it’s part of the standard talk he gives all over the world. At Stanford the students were skeptical. Excellent article.

Firefox and other Browser Keyboard Shortcuts (Comparison Table) Comparison table of all builtin Keyboard and Mouse shortcuts as used in Firefox, Google Chrome, Internet Explorer (IE8), Opera, and Safari as used in Windows. Learning keyboard shortcuts is essential to getting the most out of your browser, whether you are or are not a power user. While this is mainly oriented to help relate Firefox shortcuts to or from other browswer, it is also probably the most complete list of shortcuts for each browser (only oriented to browser shortcuts). Keyboard and Mouse Shortcuts The Mac Cmd key ( ⌘ ) is generally same as the Windows Ctrl key. There are 201 [JavaScript/off no row counts (about 202 rows)] rows in the above table, including (approx) 15 color coded heading rows, 13 sub-topic or empty spacer rows, and 13 (grayed) rows without a comparable Firefox keyboard shortcut. Mouse shortcuts: Highlighting a word or sentences (double-click, triple-click) varies quite a bit depending on extension and possibly options. Special Characters (#special)

WikipediaFS The Opera Browser and Internet Suite Wikimini 32 Indispensable Bookmarklets for Web Developers and Designers All of these bookmarklets/favelets will be useful to all web designers and developers, they are the quickest method for testing, analyzing and tweaking any web page. A Bookmarklet or Favelet is a small application tool, stored as the URL of a bookmark in a web browser or as a hyperlink on a web page. To use these bookmarklets you can drag and drop the links to your Bookmark Toolbar or right click and save link as, this way you will always have quick access to these great tools Layout Grid and Overlay Bookmarklets Bookmarklet Javascript Code (Copy and Paste) : javascript:void(d=document);void(el=d.getElementsByTagName('body'));void(el%5B0%5D.style.background='url( MRI from WESTCIV Bookmarklet Javascript Code : Spry Medias Design Bookmarklet Quick Accessibility Page Tester Reload CSS Slayer Office Mouseover DOM Inspector (Domi) Slayer Office Favelet Suite Wave – Web Accesibilty javascript:void(window.open(' CSS Bookmarklets

wikiscanner Get the bookmarklet - View Source Chart bookmarklet Install the bookmarklet in Chrome, Opera, Safari, Firefox, or Internet Explorer The following video demonstrates the various installations of the bookmarklet using the Chrome browser. The PageEdit editor extension for Chrome is used in the "embed in page" portion of the demo. Note: iPad browsers are not currently displaying the video captions, so it may be more useful to view the video on a laptop or PC. 1. Use the following bookmarklet script to launch in a new tab (Chrome, Firefox, Opera and Safari) for Opera Mini on iPad, use the Internet Explorer code Note: To force Source Chart to open in a pop-up Window instead of a tab, the variable named "wprops" appearing immediately following the first word, "javascript:" should be edited to include any or all of the following javascript window properties: wprops = 'width=300, height=300, top=300, left=500, toolbar=1, menubar=0, location=0, status=0, scrollbars=1, resizable=1' Same as above, but source charts are EDITABLE

Back up and restore information in Firefox profiles Firefox stores your personal data, such as bookmarks, passwords and extensions, in a profile folder on your computer, in a location separate from the Firefox program. This article explains how to back up your profile, restore it, or move your profile to a new location or computer. Note:The Refresh Firefox feature creates an Old Firefox Data folder on your desktop, which contains a backup of your old profile folder and its contents. If you recently refreshed Firefox and still have this folder, you already have a complete profile backup. To restore or move selected information instead of the entire profile, see Recovering important data from an old profile. Just Bookmarks? Click the menu button , click help , click and select . Under the Application Basics section, click on Show FolderOpen FolderShow in FinderOpen Directory. To back up your profile, first close Firefox if it is open and then copy the profile folder to another location. Locate your profile folder, as explained above.