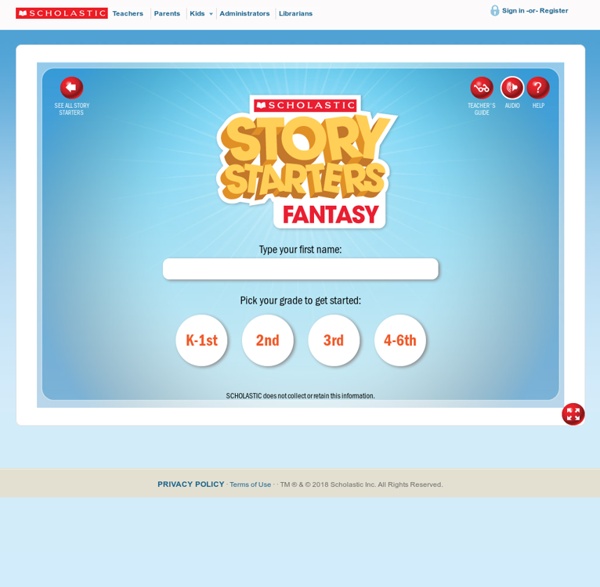 6 Writers Who Broke the Rules and Got Away with It Have you ever read a book and noticed the author has broken what we writers often hear of as “the rules”? My initial reaction is usually indignation: “Why can she get away with that, and I can’t??” The more I study the craft of writing, the more rules I hear about, and most of these are guidelines based on making a book reader-friendly. As much as I believe it’s good practice to avoid the common pitfalls of beginning writers, there are always exceptions to every rule. Here are six commonly heard rules for writers, and six authors who’ve gotten away with breaking them. Rule: Don’t write in First Person, Present Tense Audrey Niffenegger, The Time Traveler’s Wife: Niffenegger’s popular title is told by dual narrators from the first person point of view, in the present tense. Rule: Keep your novel under 100,000 words Hilary Mantel, Wolf Hall: Literary agents keep telling us it’s nearly impossible to sell an overly long book, these days. Rule: Limit the use of adverbs.

Feelings and Emotions Vocabulary Word List Advertisement. EnchantedLearning.com is a user-supported site. As a bonus, site members have access to a banner-ad-free version of the site, with print-friendly pages.Click here to learn more. (Already a member? Click here.) More Word Lists Mythical Creatures List, Mythical Creatures A-Z Building Stronger Story Themes By Timothy Pontious Strong stories are built on strong thematic elements, or combinations of many strong elements. Otherwise, it's not a strong story - just a nice character study that moves around a bit with some pretty scenery. So if you already bought my premise, we might as well take it one step further. I'm going to compare Star Wars (SW) with Lord of The Rings (LoTR). I've read LoTR many times and enjoyed the movie adaptations. This is neither a complete nor scholarly discussion. The Opening Situation - let's look around: Both stories happen in environments that are fully populated. The magic or technology in the environment do the same job. Both stories open with a vague sense of Evil being rather profound, but far off. Evil comes home for a visit. Frodo has a hard time grasping the seriousness of his situation until the black riders come into the Shire and he barely escapes. You can't go home again. Ah, the safety of home. The Good Guys The main hero has no father. The Bad Boys

List of Germanic deities In Germanic paganism, the indigenous religion of the ancient Germanic peoples that inhabited Germanic Europe, there were a number of different gods and goddesses. Germanic deities are attested from numerous sources, including works of literature, various chronicles, runic inscriptions, personal names, place names, and other sources. This article presents a comprehensive list of these deities. Gods[edit] Goddesses[edit] See also[edit] Notes[edit] References[edit] Bellows, Henry Adams (Trans.) (1936).

102 Resources For Fiction Writing UPDATE 1/10: Dead links removed, new links added, as well as Revision and Tools and Software sections. Are you still stuck for ideas for National Novel Writing Month? Or are you working on a novel at a more leisurely pace? 10 Days of Character Building Name Generators Name Playground The Universal Mary Sue Litmus Test Priming the idea pump (A character checklist shamlessly lifted from acting) How to Create a Character Seven Common Character Types Handling a Cast of Thousands – Part I: Getting to Know Your Characters It’s Not What They Say . . . Establishing the Right Point of View: How to Avoid “Stepping Out of Character” How to Start Writing in the Third Person Web Resources for Developing Characters What are the Sixteen Master Archetypes? Character: A compilation of guidance from classical and contemporary experts on creating great dramatic characters Building Fictional Characters Fiction Writer’s Character Chart Character Building Workshop Tips for Characterization Fiction Writer’s Character Chart

25 Ways To Plot, Plan and Prep Your Story I’m a panster at heart, plotter by necessity — and I always advocate learning how to plot and plan because inevitably someone on the business side of things is going to poke you with a pointy stick and say, “I want this.” Thus you will demonstrate your talent. Even so, in choosing to plot on your own, you aren’t limited to a single path. And so it is that we take a look at the myriad plotting techniques (“plotniques?”) The Basic Vanilla Tried-And-True Outline The basic and essential outline. The Reverse Outline Start at the end, instead. Tentpole Moments A story in your head may require certain keystone events to be part of the plot. Beginning, Middle, End Write three paragraphs, each detailing the rough three acts found in every story: the inciting incident and outcome of the beginning (Act I), the escalation and conflict in the middle (Act II), the climactic culmination of events and the ease-down denoument of the end (Act III). A Series Of Sequences Chapter-By-Chapter Beat Sheet Mind-Maps

OWL Coming Soon: A new look for our same great content! We're working hard this summer on a redesign of the Purdue OWL. Worry not! Our navigation menu and content will remain largely the same. If you are having trouble locating a specific resource, please visit the search page or the Site Map. The Online Writing Lab (OWL) at Purdue University houses writing resources and instructional material, and we provide these as a free service of the Writing Lab at Purdue. For more information about services for the Purdue University community, including one-to-one consultations, ESL conversation groups and workshops, please visit the Writing Lab site. Mission The Purdue University Writing Lab and Purdue Online Writing Lab (OWL) assist clients in their development as writers—no matter what their skill level—with on-campus consultations, online participation, and community engagement.

Online resources to help you plan and write your novel From Pinterest I’m participating in National Novel Writing Month this year when I’ll write the first draft of Where the Light Enters. I’m excited to craft the story of my heroine, Emerson Page. I love a good plan so as I do my preparation research, I hunted around online for resources to help me plan my novel. I’m incredibly surprised (and grateful!) for all of the resources and generous advice on planning. Your Novel Blue Print – Author Kevin T Johns wrote a free ebook titled 12 Common Mistakes Rookie Authors Make (& How to Avoid Them!) Writing a novel is grueling work, and we could all use a little help. Did I miss any resources that you’ve found particularly helpful? Like this: Like Loading... I am a product developer who is equally inspired by new technology and ancient wisdom, a yoga and meditation teacher who learns from my students every day, and a writer who believes that creativity and determination is the most powerful duo on Earth.

How a Scene List Can Change Your Novel-Writing Life By the end of this post you will have a nagging urge to use an excel spreadsheet. Don’t make that face—I know you’re a writer and not a data analyst. Or if you are a data analyst—I get that you’re on this blog to get away from your day job. But guess what? Creating a scene list changed my novel-writing life, and doing the same will change yours too. Scene Lists Help You Plan I tried to write a novel once before without planning in advance. I used the Snowflake Method, which consists of several steps to designing a novel that we can discuss at a later date. Today we’re focusing on a particular step: the creation of a scene list. What is a scene list? It’s literally a list of the scenes in your novel in an excel spreadsheet. Column 1: POV. The particulars can be revised at your convenience, but that’s how I set it up. For me, this step was incredibly helpful. 3 Examples of Scene Lists from Famous Authors Want a better idea of what your scene list might look like? 1. 2. 3. What did I do?

Notes and diagrams show how famous authors including J.K. Rowling and Sylvia Plath planned out their novels | Daily Mail Online By Tara Brady Published: 13:33 EST, 18 May 2013 | Updated: 20:52 EST, 19 May 2013 Gathering your thoughts when writing a novel can be a tricky process. A mini-collection of notes penned by writers including James Salter and J.K. Ideas: The outline for Light Years - a 1975 novel by James Salter, the American writer who was once a pilot in the United States Air Force JK Rowling (pictured left) and James Salter (pictured right) liked to jot their ideas down before writing their novels Detailed: This table gives a fascinating insight into how JK Rowling planned out the plot lines of the Harry Potter books which kept readers guessing for years Sylvia Plath (left) was an American poet, novelist and short story writer while Joseph Heller was an American satirical novelist, short story writer and playwright who wrote Catch-22 Methodical: Sylvia Plath's outline for her famous novel The Bell Jar which many consider chronicles her own descent into mental breakdown