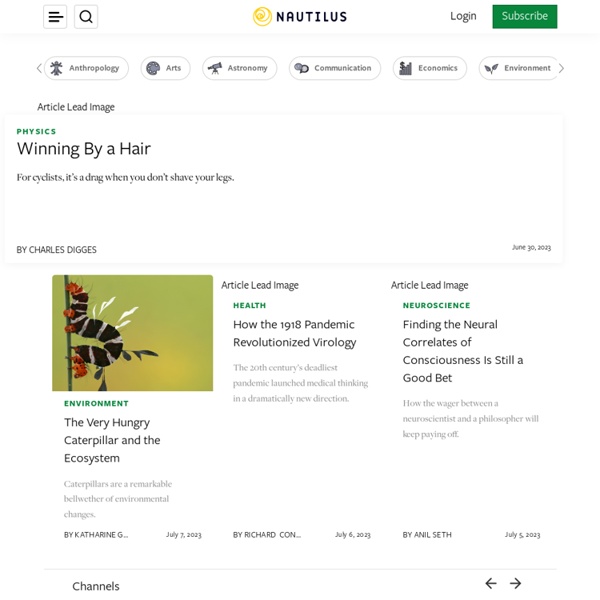 Creative Mamas: Halloween Edition If it's handmade, family focused or down right fun you'll find it here -- Halloween crafts and projects for kids and/or their parents Inside Angry Gourds! - Hideous! Information Philosopher - Introduction Introduction The Information Philosopher has established that quantum mechanics and thermodynamics play a central role in the creation of all things. This finding has enormous implications for philosophy and metaphysics. Instead of a closed universe that is winding down deterministically from an initial state of high information, we find the universe is open and increasing information indeterministically from an initial state of relatively high entropy and low information. Information is being continuously created in the universe, not least by human beings who are just learning that they are part of the cosmic creative process. An open indeterministic universe with increasing information suggests three testable philosophical ideas: a model for free will and creativity that may satisfy determinists and libertarians a value system based on providential processes in the universe an epistemological explanation of knowledge formation and communication.

826 National: Once Upon a School Once Upon a School is an initiative that Dave Eggers, the TED team, and 826 National developed after Dave received the 2008 TED Prize and was given one wish to change the world. TED (Technology, Entertainment, Design) is known worldwide for its conferences, the exemplary TED talks it shares online at www.ted.com, and the people and causes it champions through its annual TED Prize. Dave's wish was to gather stories of private citizens engaged in their local schools so that people everywhere could share the details of their efforts in schools and be inspired by the work being done by others. Stories have poured in from people around the world and the impact of their work, captured here thanks to TED and others, continues to be felt in communities near and far.

Earth - Why is there something rather than nothing? People have wrestled with the mystery of why the universe exists for thousands of years. Pretty much every ancient culture came up with its own creation story - most of them leaving the matter in the hands of the gods - and philosophers have written reams on the subject. But science has had little to say about this ultimate question. However, in recent years a few physicists and cosmologists have started to tackle it. They point out that we now have an understanding of the history of the universe, and of the physical laws that describe how it works.

Angry Gourds! - Hideous! Dreadful! Stinky! I know it isn’t even October yet, but Halloween has been in full swing around here since the end of August. I have been doing Halloween crafts twice a week over on Spoonful, so there have been been pumpkins and spiders and wiggly eyes taking over the dining/crafting table all month long. I had a mini pie pumpkin sitting on the table when Milo asked me if we could paint it to look like an Angry Bird. Brilliant! Everyone decided which character they would like to make, and I put down the base coats using acrylic craft paint. It took many, many coats of paint to get a nice, solid color.

In Their Own Words: An Oral History Archive The Boy Who Would Be King, by Lisa Robinson (September 2009) By the time Michael Jackson died, his unparalleled fame and dark troubles had locked him into a fragile shell. With her interviews and notes from the early chapters of the pop king’s career, Lisa Robinson resurrects the innocent, ebullient, exploring youth as he confided his struggle to move beyond his family and take control of his art.

The Price is Right: 11 Excellent Sites for Free Digital Textbooks Books | Feature The Price is Right: 11 Excellent Sites for Free Digital Textbooks If you're committed to shifting your curriculum to e-textbooks, consider trying free first. Three Seconds: Poems, Cubes and the Brain A child drops a chocolate chip cookie on the floor, immediately picks it up, looks quizzically at a parental eye-witness and proceeds to munch on it after receiving an approving nod. This is one of the versions of the "three second rule", which suggests that food can be safely consumed if it has had less than three seconds contact with the floor. There is really no scientific basis for this legend, because noxious chemicals or microbial flora do not bide their time, counting "One one thousand, two one thousand, three one thousand,…" before they latch on to a chocolate chip cookie.

The World's Greatest Stretch We found the secret top trainers swear by to target every muscle group in 3 minutes flat. Every top trainer, strength and conditioning coach, or elite athlete who has been in the game for a while knows “The World’s Greatest Stretch," or WGS. I have been working as a strength and conditioning specialist for almost 10 years, training and rehabbing fitness clients and athletes, and this is absolutely my favorite stretch. It’s sort of legendary. Related: The World’s Second Greatest Stretch

Related:
Related:  Science   -  Ciencia   -  Lifehacker   -  Crecimiento Intelectual   -  Looking for the Crack   -  coffeymug   -  Cool Stuff   -  Knowledge Websites   -  Interesting/Important   -  Online Learning   -  Science   -  Lifehacker Cooking   -  Lifehacker articles   -  The Lifehacker Cookbook   -  New Scientist | Science news and science articles from New Scientist   -  The Business Chef: Gordon Ramsay | VerticalResponse   -  10+ Dishes and Drinks Everyone Should Know How to Make At Home (Including You)   -  Top 10 PDF Tricks   -  Geek to Live: Take great notes   -  Top 10 Things Every Budding Foodie Should Know   -  Top 10 Crazy Kitchen Tricks That Speed Up Your Cooking   -  The Stupid Things You Do in the Kitchen (and How to Fix Them)   -  The Science of Lying - YouTube   -  Tips, Tips, and More Tips   -  CSER   -  Motherboard - The future is wonderful, the future is terrifying.   -  Build Your Own Adobe Creative Suite with Free and Cheap Software   -  9 Ways to Delight Your Facebook Fans - VR Marketing Blog   -  100 Life Hacks That Make Life Easier   -  Chart.js | Open source HTML5 Charts for your website   -  Search operators you can use with Gmail - Gmail Help   -  Wellcome Library | Home   -  20 Command Line Tools to Monitor Linux Performance   -  Rita Pierson: Every kid needs a champion | Video on TED.com   -  Everything You Didn't Know You Could Do with Google's Voice Commands   -  Data, Information, Knowledge and Wisdom - SystemsWiki   -  A Little Bit of Literacy: Webb's Depth of Knowledge   -  Centers for Disease Control and Prevention   -  The Lifehacker App Directory Curates the Best Apps for All Your Gear   -  Edgar Cayce on Human Origins   -  Patricia Lockwood, "Rape Joke"