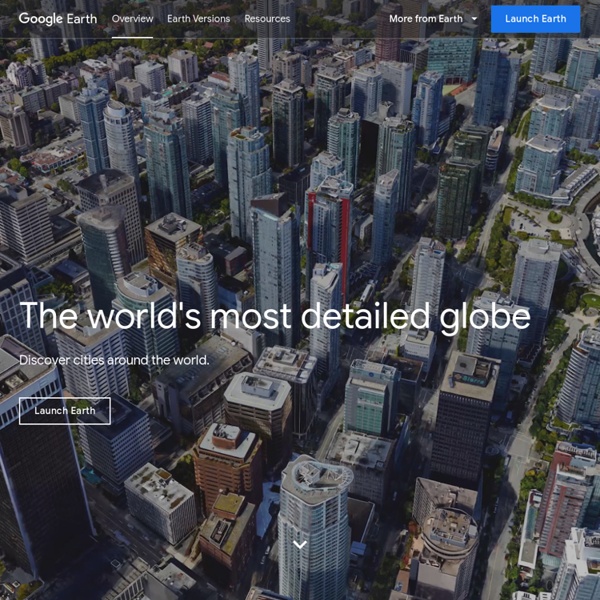 Related:  Free Technology for Teachers • Google app and iPad • so

Chronas May Be The Best New World History Site Of The Year Chronas is a new site that lets you used a time “slider” at the bottom to see how the world looked at pretty much any given date during the past 2000 years. If you click on the countries/regions/empires shown, then it will show you the appropriate Wikipedia entry. It’s still working out its kinks — it wouldn’t let me view it on a mobile device and, even though it says you can view it on browsers other than Chrome – I wouldn’t. I’m adding it to The Best Websites For Teaching & Learning About World History, though I’m not quite ready to add it to The “All-Time” Best Social Studies Sites. Thanks to Google Maps Mania for the tip. Here’s a video describing how it works:

Delicious Bookmarks Bookmarklet Our bookmarklet lets you quickly add links from any web page. Make sure your bookmarks toolbar is visible, then drag this button there. Click '+ Add to Delicious' any time you want to add a page. Safari users need to enable third party cookies to remain logged in to the bookmarklet. This can be done by going to your Safari Preferences, selecting Privacy, and setting Block cookies and other website data to Never. Project-based learning Project-based learning (PBL) is considered an alternative to paper-based, rote memorization, teacher-led classrooms. Proponents of project-based learning cite numerous benefits to the implementation of these strategies in the classroom including a greater depth of understanding of concepts, broader knowledge base, improved communication and interpersonal/social skills, enhanced leadership skills, increased creativity, and improved writing skills. John Dewey initially promoted the idea of "learning by doing." John Dewey, 1902 Markham (2011) describes project-based learning (PBL) as: " PBL integrates knowing and doing. Students learn knowledge and elements of the core curriculum, but also apply what they know to solve authentic problems and produce results that matter.

12 Puzzle and Quiz Creation Tools for Teachers There are many different sites on the internet that allow you to create your own puzzles and games to use either directly in class, or which can be linked to/embedded into your VLE. I’ve been doing some trawling ahead of a training session I am running soon, and here are a few of the best ones that I’ve found. There are others out there, but the focus specifically for my session was KS4 and 5, so these links are aimed at older students. If you have any other favourites, please add them to the comments! 1.

What's New in iOS 9? Want to know what features your iPhone will be getting with the release of iOS 9 in September? Curious as to whether your device will be compatible? You’re in the right place. Earlier this week, Apple hosted 5000 developers at its Worldwide Developer Conference in San Francisco. Among the announcements were a new version of Mac OS X, a big update to the Apple Watch and the next iteration of its flagship mobile OS that powers the iPhone and iPad, iOS 9. Here’s what you missed. 40 maps that explain the world By Max Fisher By Max Fisher August 12, 2013 Maps can be a remarkably powerful tool for understanding the world and how it works, but they show only what you ask them to. So when we saw a post sweeping the Web titled "40 maps they didn't teach you in school," one of which happens to be a WorldViews original, I thought we might be able to contribute our own collection. Some of these are pretty nerdy, but I think they're no less fascinating and easily understandable. A majority are original to this blog, with others from a variety of sources. I've included a link for further reading on close to every one.