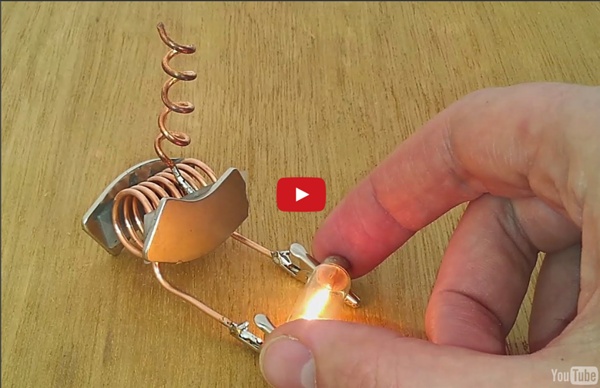 how to install HHO (horizontally mounted) free energy generating coil - zooming in on the parts Portable Power Station - Urban Survival Build an Amazing Tesla CD Turbine Build a real working turbine from recycled CD's! This Tesla CD Turbine is based on the Tesla turbine, which was invented by Nikola Tesla in the early 1900's. Tesla's pumps and motors were unique in that they only used discs, and took advantage of the boundary layer effect. His smallest designs were over 100 horsepower. This Instructable is an introduction to my recently developed Tesla CD Turbine, which is made from CD's, CD spindle, pipe fittings and glue. This easy beginners version runs on garden hose pressure and is fun for demonstration or experimentation purposes. The basic model Tesla CD Turbine shows how the boundary layer idea works to deliver power. The advanced model has many cool features, such as the use of neodymium magnets to separate the CD's with the correct gap and a Magnetic Coupler to attach implements, and much more. My next CD Turbine Instructable shows how to make a Magnetic Disc Pack and Magnetic Coupler for more advanced CD Turbine experimentation.

DIY Homemade Tesla Coil Check our facebook page for updates and special offers The aim of this design was to get the highest voltage (or longest arcs) possible from a single self contained unit. Check out the new 1kW Tesla Coil! WARNING: High Voltage Device! This coil operates from 12V or 24V SLA batteries. A pipe from a hole in the top of the sphere and down the inside of the secondary coil is used to supply gas to form a type of plasma electrode. Using Butane gas and air, a blue flame can be used as an interesting discharge terminal. More Plasma Photos The output from the ignition coils is rectified (converted to DC using diodes) so that can charge the capacitor bank C1 shown b elow.

8 Completely Awesome DIY Home Energy Projects | Ecoble Small-scale renewable energy is a must for a sustainable home – but converting your home to clean energy options can carry a huge initial price tag. We’ve scoured the web for some of the most innovative examples of homemade energy solutions to compile a collective list of DIY projects to make your home greener and more energy efficient without costing you a fortune. From solar water heaters and gadget chargers to homemade super-efficient refrigerators, you’ll find links (with instructions) to some of the best projects you can make at home… Homemade Energy-Save Fridge The ‘Ambient Air Fridge’ isn’t quite a year-round green appliance but when things cool down in the winter, this homemade fridge will definitely shave a few dollars off the electric bill! The insulated wood box fits snugly in an out-of-the-way doorway and even controls the temperature with an inexpensive thermostat and a couple of computer fans. DIY Electric Lawn Mower Make Your Own Wind Turbine Low Cost Solar Water Heater

Hydropower from Reuse Reused: a small stepper motor as found in a printer 2 discarded CD-ROMs a foam tray some long stick (I used a piece of 20mm diameter PVC tube from demolition) a LED one or two tie-wraps a small piece of scrap paper Non-reused: The only non-reused part is the hot melt glue (I recommend the low temp type, especially when working with kids). Tools: scissors, screwdriver to disassemble the printer (not shown), cutting pliers or desoldering tools for (optional, not shown). With a bit of luck the LED can also be found in the discarded printer. With even more luck you can find some discarded electronics with a LED standing tall on a printed circuit board, with most of its legs still intact, instead of mounted flush on the board. To keep within the spirit, you can also reuse tie-wraps: when you cut them loose carefully near the “ratchet”, you end up with a shorter, but still usable tie wrap. Now to start building, see the next step.

DIY VAWT In this project, we will build a small DIY VAWT, Vertical Axis Wind Turbine. We are not expecting to get much over 50 watts of production, though it would be fairly simple to double the size of the blade area to increase power. This DIY VAWT is based on the use of 4 inch PVC pipes, cut in half, for the blades. The blades are mounted on bicycle rims. This structure is then mounted using 2x4's and a DC treadmill motor is connected at the bottom, via a belt. We have just started this project and have concerns with the following: start-up wind speed required - the gearing required to increase the RPMs for the treadmill motor, could prevent the wind turbine form starting, till very high wind speeds are reached gearing ratio - will a belt gearing system give us the revolutions per minute (RPM) that we need to produce usable power? UPDATE: our concern with the gearing and start-up winds speed held true. Materials: Assembly: Blades remove every other spoke in the bicycle rims.

DIY non-hub builds, the why and how (part-1) Common hub motor kits have a simple construction, which keeps the price low (especially with Chinese mass-production). The low price and easy installation makes them the big seller by a wide margin. However, if you want a build which has unusually good efficiency (so a smaller battery can provide longer range), or…you want unusually good hill-climbing…a non-hub drive system just might be necessary to deliver your goals. Be aware that a non-hub system will by definition be more complex, probably more expensive, and is likely to be noisier. Efficiency in a system design can help many aspects of your drive. As a general rule, using more volts to accomplish a specific performance goal will be more efficient than raising the amps. Also of concern with higher volts, is the size and cost of the battery. The recent introduction of the GNG BB-drive kit showcased a great E-bike motor. It has been verified to run at 72V X 30A = 2,200W (3-HP), which is the maximum I would run this motor at.

Plan your build Before you start cutting into your own grape juice containers and sealing be sure it fits in your car. Find a spot to cram your plastic container into. It needs to be away from direct conact to the motor. Near the battery or air filter is preferable. -updates- -In my picture you may see the plastic container is bent a little where the plastic hose comes into it. Build a 15,000 rpm Tesla Turbine using hard drive platters Here's a project that uses some of those dead hard drives you've got lying around. In the Tesla Turbine, air, steam, oil, or any other fluid is injected at the edge of a series of smooth parallel disks. The fluid spirals inwards and is exhausted through ventilation ports near the center of the disks. A regular blade turbine operates by transferring kinetic energy from the moving fluid to the turbine fan blades. To build a turbine like this, you need some dead hard drives, some stock material (aluminum, acrylic), a milling machine with a rotary table, and a lathe with a 4 jaw chuck. Wikipedia has a good review article ( as well as articles about Nikola Tesla the boundary layer effect ( and Reynolds number ( (which determines if the fluid flow is laminar or turbulent).