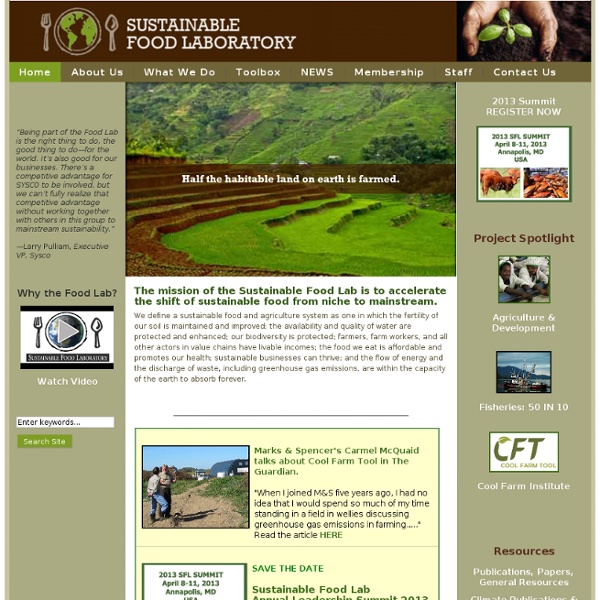 Solar Photovoltaic Research, Analysis & Consulting | PHOTON Consulting Vertical Farms Need a Residential Piggyback Urban farming continues to ride the wave of sustainability with efforts sprouting up across the country that find very real and fruitful results. The rush of interest has maintained conversations of massive towers buried in the center of urban cores to produce local, sustainable crops for city dwellers. However, the conceptual mecca of farming in the city, vertical farms, still remains mired in the theoretical world due largely to the unwillingness of any funding sources to make the first cut on a bleeding edge development pattern. On their own, large vertical farms in the cityscape bring costs that may be insurmountable for a largely unproven model, but if the system was paired with high-end residential and positioned as an amenity then new crops could get the prime exposure they need to test their strength where it its needed most. The Planting of Blocks The fascination for farming in cities bears a greats deal of latent merit. Efficient Doesn’t Always Mean Cheap

SUSTAINABLE FOOD CENTER | Austin, Texas SAFSF.ORG :. Sustainable Agriculture &amp; Food Systems Funders The ethical partnership ltd Up On The Roof: Vegetables! The bagged organic baby mixed greens on sale in my local Whole Foods Market in Bethesda, MD, are not very “green” at all. To grow the lettuce, vast amounts of water must be moved from the Colorado River to California, the most hydrologically altered landmass on the planet. The lettuce is picked, packaged, washed and shipped in refrigerated trucks (because it’s perishable) roughly 2,800 miles across America. The cost? $3.99. If you believe, as I do, that the demand for water and oil are going to grow, this five oz. bag of greens will only get more expensive. There ought to be a better way of getting lettuce into the hands of supermarket shoppers. Paul Lightfoot, the chief executive of BrightFarms, a New York City-based startup, thinks he has found one: His company is planning to design, build, finance and operate hydroponic greenhouse farms on supermarket rooftops, eliminating time, distance and cost from the food supply chain. A mockup of a BrightFarm on a roof Paul Lightfoot

www.centrosachamama.org | Welcome: Sachamama Sachamama Center for BioCultural Regeneration (SCBR) is a non-profit organization in the Peruvian High Amazon in the town of Lamas, Department of San Martin, dedicated to the biocultural regeneration of the region in collaboration with the indigenous Kichwa-Lamistas, the descendants of pre-Columbian inhabitants, as well as with the local Education Board of the district of Lamas (Sp. acronym UGEL). SCBR was founded in 2009 by the anthropologist Frédérique Apffel-Marglin. SCBR shares a worldview in which the human, the non-human, as well as the community of spirits, are all kin to each other. By ‘biocultural regeneration’ we mean to honor this integration of all life as well as the cyclicity of its rhythms. It is also meant to obviate the backward/advanced implications of more linear formulations. SCBR is bringing together an expanding collective of scholars, activists, healers, artists, and shamans that cross the North-South divide.

Water Shortage! Ever since the beginning of this nation, Americans have always been able to take for granted that there would always be plenty of fresh water. But unfortunately that is rapidly changing. Due to pollution, corruption, inefficiency and the never ending greed of the global elite, the United States (and the entire world) is heading for a very serious water shortage. Already, there are some areas of the United States where water is the number one local political issue. According to a new report released by the Natural Resources Defense Council, more than one-third of all counties in the lower 48 states will likely be facing very serious water shortages by 2050. And Americans certainly do use a lot of water. In fact, a five minute shower by an American uses more water than a typical person living in poverty in a developing country uses in an entire day. For hundreds of years, North America has been blessed with an overabundance of fresh water, but those supplies are quickly running dry. Why?

Governance Metrics International Plant an Edible Forest Garden Related Content Plant Edible Ground Cover You can sneak a few attractive, low maintenance food plants onto your lawn, and your neighbors will ... Permaculture 2012 Permaculture is a holistic, integrative design for a sustainable future: registrations now open for ... Are you feeling adventurous? I’m convinced that imitating natural systems is fundamental to any successful effort to raise food. I’ve been exploring the idea of forest gardening for several years, and have recently begun to try it on my own homestead. One of the main differences between a forest garden and the typical food garden is that forest gardens rely on perennials. To understand the difference this makes, consider the role of annual plants in nature. Because of the speed and fecundity of the annuals’ lifestyle, they are able to cover patches of bare ground quickly. Most gardeners are used to a fair amount of disturbance and change in their gardens, from tillage, crop rotation, and so on. Forest Gardening & Permaculture

GRAIN — Home Stop the Canadian Oil Sand Madness Now Historically, surface mining has been used to extract tar sands and this method has produced at much CO2 as all the cars in Canada. The tailings, what are left when the bitumin has been extracted, are being stored in ponds. In the tailings pond, the sand, clay and water separate out. The water is sent back to the plant to be reused. Even so, the huge amounts of water needed threatens the world's third largest watershed. Mining is the oldest technique for removing the bitumin from oil sands. Between the ever increasing air pollution and the poisons and heavy metals built up in the tailing ponds that may now been seen from space, there has been a rise in certain cancers and syndromes since oil sand production ramped up in 2005. EIRIS Grow a Living Wall Cool Copper Projects Warm metallic hues are easy to love but often pricey. When you create the look... Easy Doily Bowl Craft a decorative bowl from a doily picked up from a flea market, antique... Camper Birdhouse Encourage birds to stay awhile with an adorable vintage birdhouse.