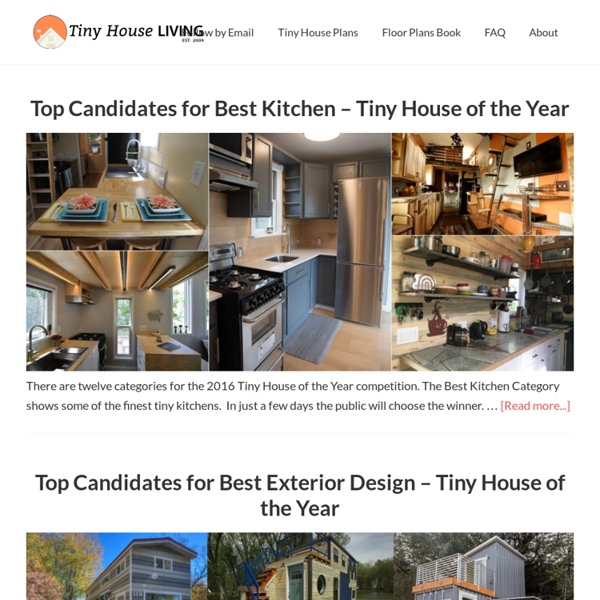 The unique tiny house builder Hobbitat Spaces from Maryland is now taking individual orders for their hand-built homes. The company is the brainchild of Bill Thomas, and the homes are hand crafted and built to withstand even the harshest Northeastern winters. Hobbitat Spaces recently completed 13 Hobbitat cabins for Blue Moon Rising, an ecotourism retreat in Maryland. All of the houses in the retreat were built with reclaimed, local and recycled materials.” – Jetson GreenContinue reading to learn more… A quote from Jetson Green, originally posted by Christine Walsh. Read more at Jetson Green >

Architecture: A Cozy House Created From As we all know, now that we are experiencing the era of the iPad and Kindle, traditional books are becoming less and less popular. As a matter of fact, even some elementary schools are replacing books with iPads. I have a friend who just got her packet for attending University in the fall, and it came complete with an iPad 2 and a list of e-books to order for her classes. People are handling this major transition in different ways. There are those who always chime in with, “Those e-books will never compare to real books.” Others accept the change a little easier by embracing and having fun with it. Tiny House Talk on July 25, 2011 The same Indian company that has produced the world’s cheapest car has announced its latest product which is a flat-pack tiny house that costs about $700. It can be assembled in a week and is said to be 215 square feet.

The Tiny Life » What Is The Tiny House Movement? What are tiny houses? The tiny house movement? Tiny living? MicrohouseNW Microhouse - Affordable small house design At microhouse we specialize in the design and permitting of backyard cottages and other small houses. Because we are specialists we are able to offer design services at affordable rates. CI: What is Collective Intelligence? Intelligence is not just something that happens inside individual minds. It also arises within groups of individuals and this phenomenon can be quite powerful. For a number of months Imagination for People has been working on software that will facilitate the creation of what is called ‘collective intelligence.’ In preparation for the launch of this software, we thought we would take some time to introduce the I4P community to collective intelligence (CI) and show off some of its benefits. So what is collective intelligence? The widely accepted definition states that collective intelligence is the ability of a group of people to be collectively smarter than the smartest individuals in the group if they acted alone.

Micro Cottages and Tiny Houses from Houseplans.com 1-800-913-2350 Enter valid plan # (ex: 12-345) Micro Cottage Floor Plans Micro Cottage floor plans with less than 1,000 square feet of heated space -- sometimes much less -- are rapidly growing in popularity. The smallest, including the Four Lights Tiny Houses are small enough to mount on a trailer and may not require permits depending on local codes. These tiny house plans are perfect second homes and vacation getaways and, for the right person or couple, make great starter homes to be expanded over time as circumstances and budgets allow.

Tiny Home Builders What is a tiny house? A tiny house is a small house that is sized such that it can fit on a trailer. In most areas this means that it can’t be bigger than 8 feet 6 inches wide, 13 feet 6 inches tall, and 40 feet long. The houses are built on trailers since they are too small to be allowed as permanent structures according to most local code enforcement agencies. Why would I live in a tiny house?