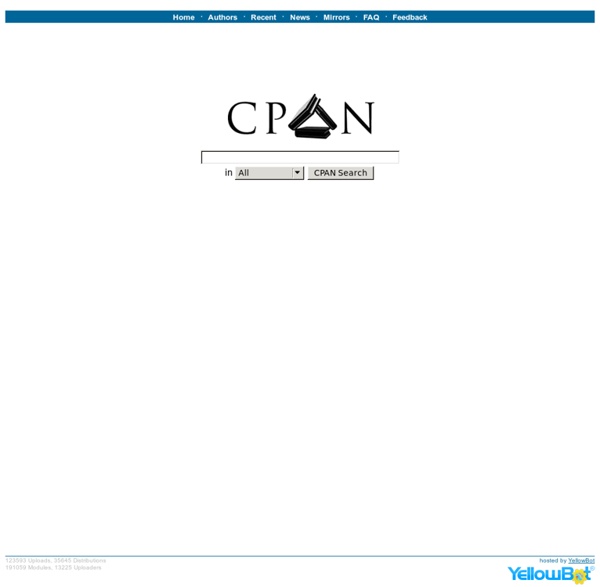 Arrays Arrays are a special type of variable that store list style data types. Each object of the list is termed an element and elements can either be a string, a number, or any type of scalar data including another variable. Place an array into a PERL script, using the at symbol (@). perlarrays.pl: #! Carrot2 Clustering Engine Carrot2 Search Results Clustering Engine Carrot2 organizes your search results into topics. With an instant overview of what's available, you will quickly find what you're looking for. Choose where to search: Type your query: More options World Heritage Site A UNESCO World Heritage Site is a place (such as a forest, mountain, lake, island, desert, monument, building, complex, or city) that is listed by UNESCO as of special cultural or physical significance.[1] The list is maintained by the international World Heritage Programme administered by the UNESCO World Heritage Committee, composed of 21 states' parties[2] which are elected by their General Assembly.[3] The programme catalogues, names, and conserves sites of outstanding cultural or natural importance to the common heritage of humanity. Under certain conditions, listed sites can obtain funds from the World Heritage Fund. The programme was founded with the Convention Concerning the Protection of the World Cultural and Natural Heritage,[4] which was adopted by the General Conference of UNESCO on 16 November 1972. Since then, 190 states parties have ratified the Convention, making it one of the most adhered to international instruments. History[edit]

s Glossary of Internet Terms The URL of this document is: which is where you can look for the latest, most complete version. Feel free to make links to that URL. Back to Index 1xRTT -- (Single Carrier (1x) Radio Transmission Technology) A wireless communications protocol used for connections to networks by devices such as laptop computers. 1xRTT has the capability of providing data transfer speeds of up to 144 thousand bps. 1xRTT is a built on top of another widely used protocol, CDMA and is also called CMDA2000. See also: bps, CDMA, Network, Protocol Twitter Search, Monitoring, & Analytics With iOS 9, Search lets you look for content from the web, your contacts, apps, nearby places, and more. Powered by Siri, Search offers suggestions and updates results as you type. There are two ways to use Search on your iOS device. Quick Search

Main Page ...more updates to follow with futher developments. MIT 1K House is partnering with Skanska and Next Phase Studios to construct three exhibit 1K House prototypes in on MIT campus in Cambridge, MA. The project is moving forward, and the goal is to construct the prototypes by MIT Commencement on June 4, 2010. Perl Regular Expressions Troubleshooters.Com and Code Corner Present Copyright (C) 1998-2001 by Steve Litt Without regular expressions, Perl would be a fast development environment. Steve Jobs quotes: the man in his own words Steve Jobs, Apple co-founder and technological visionary, was well known for his words as well as his creations. Here are some of his thoughts over the past 25 years. On life

CGI Programming 101: Chapter 1: Getting Started Our programming language of choice for this book is Perl. Perl is a simple, easy to learn language, yet powerful enough to accomplish very difficult and complex tasks. It is widely available, and is probably already installed on your Unix server. You don't need to compile your Perl programs; you simply write your code, save the file, and run it (or have the web server run it). The program itself is a simple text file; the Perl interpreter does all the work. The advantage to this is you can move your program with little or no changes to any machine with a Perl interpreter.

Shoot Now, Focus Later Click on the image above to refocus on different parts.Credit: Lytro. Looking over a haul of digital photos can involve as much regret over fudged shots as reminiscing over golden moments. A camera from Silicon Valley startup Lytro promises to change that by allowing a user to focus a photo after it has been taken. The camera also has a novel “lightfield” sensor that enables photos to be viewed in 3-D. It is available to order today and will start shipping next year.