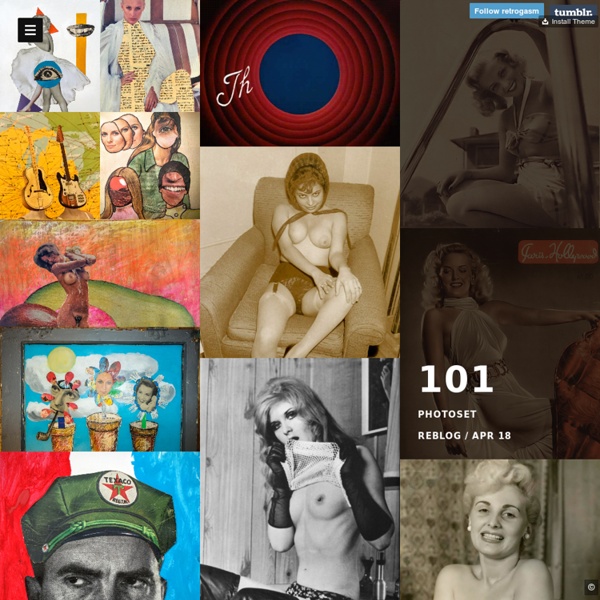 The True Hallucinogens Twelve Constellations of the Girdle of Gaia "The Tree of Life bears twelve manner of monthly fruit and the leaves are for the healing of the nations"- Revelation Entheogens, the Conscious Brain and Existential Reality 2012 The purpose of this article is to provide a state of the art research overview of what is currently known about how entheogens, including the classic psychedelics, affect the brain and transform conscious experience through their altered serotonin receptor dynamics, and to explore their implications for understanding the conscious brain and its relationship to existential reality, and their potential utility in our cultural maturation and understanding of the place of sentient life in the universe. Sacrament, Consciousness and Sexual Paradox The Spirits or Mothers of the Plants - Pablo Amaringo

What is causing the waves in California to glow? It looks like something from the movie "Avatar": ocean waters that light up like neon glow sticks when they splash. Beaches across southern California have recently been alight with eerie, glowing waves. What could be causing such an otherworldly phenomenon? Product List — super superficial-Mozilla Firefox £38.00Cabin in the woods by John Stortz £38.00Gorilla by Charlotte Quillet £38.00Ladder by Ryan Todd £38.00Chasm by Matt Layzell £38.00I are Walrus by Patrick Seymour £38.00What Cat?

Saturnalia - A Winter Solstice Ritual Apollonius Sophistes© 1996 Preface This ritual compresses the Consualia (for Consus, God of the Storage Bin), the Saturnalia (for Saturn, God of Sowing), and the Opalia (for Ops, Goddess of Plenty) into a single festival, a Brumalia, or Winter Solstice (Bruma) ritual. The Saturnalia Chants are available on a separate page, which may be printed for use in the ritual.

New Galaxy Map Relocates The Milky Way To A Ginormous Supercluster Called Laniakea Astronomers have long had a sense of where the Milky Way is in relation to other galaxies, but a new three-dimensional star map gives us a more nuanced look at our cosmic neighborhood. Until now, the Milky Way was believed to be one galaxy in the 2,000 that make up what's known as the Virgo "supercluster." But as the new map shows, the Milky Way's 100 billion stars are actually part of something 100 times bigger: a supercluster of galaxies astronomers have christened Laniakea, meaning "immense heavens" in the Hawaiian language. Laniakea spans some 520 million light-years across.

little. lovely. Lovely ideas for little people. You could say I was a little late to the Instagram party. (And when I say late I don't mean fashionably late, I mean had no idea the party was even on.) Now I'm hooked. I've been spending more and more time marvelling at the lovely that so many people capture during their daily lives. Multiples-Mozilla Firefox Since graduating from the Royal College of Art in 2006, Bridgland has used a diverse range of materials and working methods to pursue an incisive and often witty exploration of distinctively British sentiments, externalising the underlying sense of loss and nostalgia that permeates our memories. Vignettes of British back-packer’s holidays, old-fashioned bus-tours, and childhood seaside breaks that figure strongly in his visual repertoire are often tinged with this feeling of time having passed too quickly, our memories gradually fading. Twinned with this however, is an upbeat celebration of themes distilled from children’s colouring books, paint-by-numbers kits, old public transport posters and kitsch postcards, which he imbues with the kaleidoscopic richness of carefully chosen and thickly applied primary colours. Text by Matthew Reeves, Independent Curator and Curator of East Wing Nine at the Courtauld Institute of the Arts. 2011 Wellen, Kolvenburg, Billerbeck, Germany.

Silphium Ancient silver coin from Cyrene depicting a stalk of Silphium. Silphium (also known as silphion, laserwort, or laser) was a plant that was used in classical antiquity as a rich seasoning and as a medicine.[1] It was the essential item of trade from the ancient North African city of Cyrene, and was so critical to the Cyrenian economy that most of their coins bore a picture of the plant. The valuable product was the plant's resin (laser, laserpicium, or lasarpicium). Silphium was an important species in prehistory, as evidenced by the Egyptians and Knossos Minoans developing a specific glyph to represent the silphium plant.[2] It was used widely by most ancient Mediterranean cultures; the Romans considered it "worth its weight in denarii" (silver coins).

Brain Waves And The Deeper States Of Consciousness Every part of your body vibrates to its own rhythm. Your brain has a unique set of brain waves. In neuroscience, there are five distinct brain wave frequencies, namely Beta, Alpha, Theta, Delta and the lesser known Gamma. Learning mind control at the deeper states of consciousness opens you up to the world of your subconscious mind where you can create your reality at will and with exact precision. Each frequency, measured in cycles per second (Hz), has its own set of characteristics representing a specific level of brain activity and hence a unique state of consciousness. Beta (12-30Hz): Beta brain waves are associated with normal waking consciousness and a heightened state of alertness, logic and critical reasoning.

January « 2011 « L O L I T A - Lolitas blog about fashion photography graphic design interior art lifestyle inspiration listened to nelly rodis trend seminar at formex 2011, petted porcelain with lots of glossy enamel layerings, got really sore feet and didn’t do any of the school studying i should have. The Atlas Coelestis (1742) of Johann Gabriel Doppelmayr Johann Gabriel Doppelmayr (also spelled Doppelmair, Doppelmaier or Doppelmayer) was the son of the Nuremberg merchant Johann Siegmund Doppelmayr (1641-1686) and was born on 27 September 1677 (many early sources incorrectly give his year of birth as 1671). His father had an interest in applied physics and was one of the first to design a vertical vacuum air pump in Nuremberg. Doppelmayr enrolled at the gidiengymnasium in 1689 and after completing his studies in 1696 enrolled at the nearby university of Altdorf to study law which he completed in 1698 with a dissertation on the Sun. He then attended lectures on mathematics and natural philosophy by Johann Christoph Sturm (1635-1703) which he completed in 1699 with his dissertation De visionis sensu nobilissimo, ex camerae obscurae tenebris illustrato. He continued his studies on physics and mathematics at the university of Halle where he also learned French and Italian. 17??

Scientists Have Found That Memories Can Be Passed Down Through Generations In... New research from Emory University School of Medicine, in Atlanta, has shown that it is possible for some information to be inherited biologically through chemical changes that occur in DNA. During the tests they learned that that mice can pass on learned information about traumatic or stressful experiences – in this case a fear of the smell of cherry blossom – to subsequent generations. According to the Telegraph, Dr Brian Dias, from the department of psychiatry at Emory University, said: ”From a translational perspective, our results allow us to appreciate how the experiences of a parent, before even conceiving offspring, markedly influence both structure and function in the nervous system of subsequent generations. “Such a phenomenon may contribute to the etiology and potential intergenerational transmission of risk for neuropsychiatric disorders such as phobias, anxiety and post-traumatic stress disorder.”