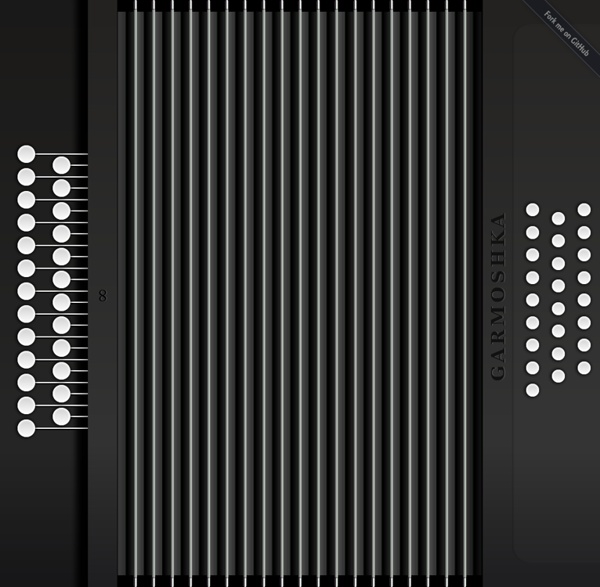 The Rational Keyboard The Rational Keyboard is a browser app to play with harmony on the rational number line. Imagine a piano with infinitely many keys, one for each rational number, and the keys move around and resize based on what sounds good, using some really cool math. Audio is synthesized in background Web Workers and played with HTML5 Audio objects, and the interactive visualizations use a 2D HTML5 Canvas. Check out the source at github, or just grab the audio encoder for your own apps.

Top 10 Interactive YouTube Adventures There is no greater modern hub for diversion than YouTube. But sometimes the experience can just be too passive. Sometimes sitting back and watching other people get hit with things isn’t enough. Sometimes, you need to choose what they get hit with. And when you’re in that mood to interact, YouTube is still there to help you (because video games are expensive). Pioneer 10 Pioneer 10 (originally designated Pioneer F) is an American space probe, weighing 258 kilograms, that completed the first mission to the planet Jupiter.[1] Thereafter, Pioneer 10 became the first spacecraft to achieve escape velocity from the Solar System. This space exploration project was conducted by the NASA Ames Research Center in California, and the space probe was manufactured by TRW. Pioneer 10 was assembled around a hexagonal bus with a 2.74 meter diameter parabolic dish high-gain antenna, and the spacecraft was spin stabilized around the axis of the antenna. Its electric power was supplied by four radioisotope thermoelectric generators that provided a combined 155 watts at launch.

Minecraft (alpha) I plan on having several game modes: (copied and pasted from the blog) Creative mode You’ve got infinite materials and build without any delay. Can be played both as singleplayer and as multi player.You can share the maps with other players somehow. Japan Earthquake, 2 Years Later: Before and After - In Focus In a few days, Japan will mark the 2nd anniversary of the devastating Tohoku earthquake and resulting tsunami. The disaster killed nearly 19,000 across Japan, leveling entire coastal villages. Now, nearly all the rubble has been removed, or stacked neatly, but reconstruction on higher ground is lagging, as government red tape has slowed recovery efforts. Locals living in temporary housing are frustrated, and still haunted by the horrific event, some displaying signs of post-traumatic stress disorder. Collected below are a series of before-and-after interactive images.

Boyfriend Trainer, controversial smartphone app, ripped for endorsing domestic violence   Apple Boyfriend Trainer allows users to slap, strangle or electrocute their virtual boyfriends if they make a mistake. The controversial app is available for download on Apple iPhones and Google Androids. Domestic violence appears to be just a game in a new smartphone app that has users in an uproar. The controversial app, dubbed Boyfriend Trainer, allows players to slap, strangle or even electrocute their virtual beaus if they do something wrong — like drop a drink or leave their clothes on the floor.

11 Web Toys and Generators to Waste Your Time A couple of months ago, I listed 17 Web Toys for Your Procrastination Pleasure. Now that final exams are over, maybe you'll now have time to play with them -plus eleven more here. Some are fairly new, some are classics, and this list is heavy on music. Have fun! 1.

Exclusive: The first pictures of blood from a 10,000 year old Siberian woolly mammoth First ever sample of mammoth's blood was discovered by Siberian researches. Picture: Semyon Grigoriev Scientists say they have found both blood and muscle tissue - perfectly preserved in the ice - from a Siberian mammoth. The blood had dripped out of the giant animal into a natural ice capsule and it represents a dream discovery for researchers. WebGL Water Loading... Made by Evan Wallace This demo requires a decent graphics card and up-to-date drivers. If you can't run the demo, you can still see it on YouTube.