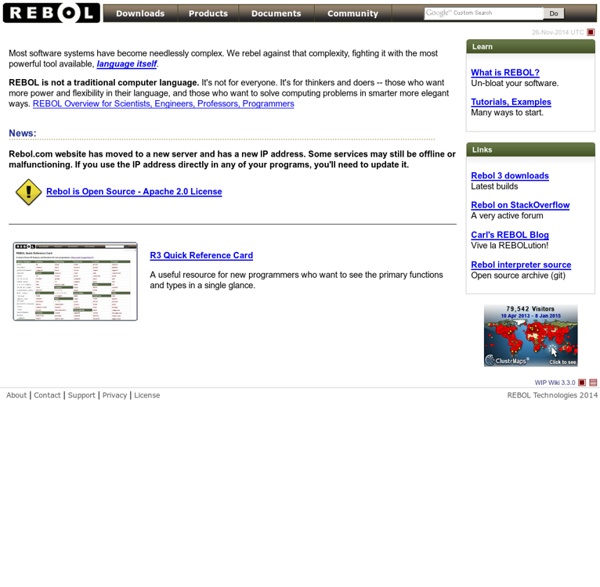 Red Programming Language Installing The Aptana AJAX Development Environment On Ubuntu Version 1.0 Author: Falko Timme <ft [at] falkotimme [dot] com> Last edited 03/01/2007 This tutorial shows how to install the Aptana IDE on an Ubuntu Edgy Eft system. The Aptana IDE is a free, open-source, cross-platform, JavaScript-focused development environment for building Ajax applications. It features code assist on JavaScript, HTML, and CSS languages, FTP/SFTP support and a JavaScript debugger to troubleshoot your code. I want to say first that this is not the only way of setting up such a system. There are many ways of achieving this goal but this is the way I take. 1 Preliminary Note To install Aptana, you must already have an Ubuntu desktop installed. I will use the username falko in this tutorial, and I will download all necessary files to falko's desktop which is equivalent to the directory /home/falko/Desktop. cd /home/falko/Desktop you must replace falko. 2 Download Aptana For Linux The download (~74MB) can take a few minutes: 3 Install Aptana sudo gedit /etc/apt/sources.list

Welcome to RoboMind.net, the new way to learn programming Sridhar&#039;s Blog : Customizing MySite in MOSS 2007 Support case volumes coming in for MOSS 2007 is huge. When we try and help customers to find answers to complex problems/questions, many a times we end up learning great stuffs & things that sometime make us yell “Wow, it’s amazing stuff man!!”. Well, this was one of such “case” and I thought I’d share this out. The requirement was as simple as it could be. Customizing MySite in MOSS 2007. Well, that’s fairly simple I though! 1. 2. 3. Feature the savior Thankfully, we have this very useful and new feature in MOSS/WSS called Features. First thing first – create a custom master page This was very simple for me. The default.master page found under the TEMPLATE\GLOBAL folder structure under 12 hive is the master page used by MySite by default. Grab a copy of this file and put in another folder where you would also be putting your feature files soon. Do I need to do something with Visual Studio 2005 at all? Yes, you have to. using System; using System.Diagnostics; using System.Text; try 1. 2. 3.

sep:software:ratfor90 [Stanford Exploration Project] You can download ratfor90 from here. Introduction/Description “Ratfor” is a dialect of Fortran that is more concise than raw Fortran. The newest Ratfor “compiler”, ratfor90 is a simple preprocesor program written in Perl that inputs an attractive Fortran-like dialect and outputs Fortran90. Mainly, the preprocessor produces Fortran statements like ” end do ”, “end if”, “end program”, and “end module”, from the Ratfor ”}”. Ratfor source is about 25-30% smaller than the equivalent Fortran making it equivalently more readable. Bare-bones Fortran is our most universal computer language for computational physics. At SEP we supplemented Ratfor77 by preprocessors to give Fortran77 the ability to allocate memory on the fly. You should be able to read Ratfor if you already know Fortran or any similar computer language. Statements on a line may be separated by ”;”. Indentation in Ratfor is used for readability. Changes and general backward compatibility issues Memory allocation in subroutines

Essential free apps for your web design toolkit Some of the very best web design and development tools are free. Free as in speech and as in zero pence. We take a look at the best free software you can use to build a successful, contemporary website, starting with the obvious: tools to design it with. First you'll need a web editor. These tools are based on the original Netscape Composer code that went open source with the launch of the Mozilla Project. Nvu's CSS tools are a bit basic, so a dedicated editor such as CSSed can be used to boost your toolkit. The open source community serves coders better than designers, with free tools that can handle HTML, CSS, JavaScript and server-side programming tasks. At the top of the current heap, we wholeheartedly recommend Aptana Studio 1.1 . Aptana is available for Windows, Mac and Linux, though Linux devotees may want to look at Quanta Plus , which is aimed more squarely at site development than Aptana. Alongside your Ajax coding-capable editor, you'll need a good script library.

The reFLect Programming Language reFLect is a functional programming language designed and implemented by a team at Intel Corporation's Strategic CAD Labs under the direction of Jim Grundy. The language is strongly typed and similar to ML, but provides certain reflection features intended for applications in industrial hardware design and verification. Like LISP, reFLect has quotation and antiquotation constructs that may be used to construct and decompose expressions in the language itself. These features are tailored to support, among other things, the approach to formal verificiation embodied in Intel's Forte verification environment. The following paper, in the Journal of Functional Programming, gives a detailed account of the design of the reFLect language and its semantics: J. See also the PPDP 2004 article on the semantics of reFLect by Sava Kristić and John Matthews. Example LaTeX Macro for Typesetting ‘reFLect’ \newcommand{\reFLect}{\textit{re\kern-0.07em F\kern-0.07emL\kern-0.29em\raisebox{0.56ex}{ect}}\xspace}

21 Most Useful Free Resources For Designers And Web Developers - Opensource, Free and Useful Online Resources for Designers and Developers Don't Forget to participate in a contest where you can win an amazing e-Commerce template from TemplateMonster. We are always looking to come up with the post that is attractive and useful for everyone. We most of the time focuses on the designerÃ¢â‚¬â„¢s stuff, developer’s resources and where anything is going to launch free of cost. You are welcome to share if you know more great resources for designer’s and developer’s that can be helpful for our readers/viewers. 40 Essential Tools and Resources to Visualize Data A lot of people are excited to play with their data, but don’t know how to go about doing it or even start. 13 Awesome Javascript Animated Flash Like Menus This is the list 13 awesome Javascript CSS menus that will be very handy and easy to modify to suit your needs. Ã‚Â 75 (Really) Useful JavaScript Techniques Sometimes we need JavaScript solutions that are a little more involved or specific. 16 Free Ajax Contact Forms – For A Better User Experience 50 Excellent AJAX Tutorials

The Official RPerl Website 20 Useful Tools to Make Web Development More Efficient - Six Revisions There are many available tools to help make web development projects quicker and more productive. Aside from a handy text editor or WYSIWYG editor like Dreamweaver, you can find plenty of tools and utilities that can greatly increase development speed, reduce debugging and testing time, and improve quality of the output. The tools described below are a variety of utilities, optimizers, testing, and debugging tools aimed towards helping developers create websites more efficiently. 1. CSS Grid Builder is an online GUI for customizing the YUI Grids CSS – a lightweight CSS framework developed by Yahoo! You don’t even have to host the CSS file on your web server (saving you some bandwidth and maintenance hassles), the generated code links to the appropriate stylesheet found on Yahoo!’ 2. CSS Sprite Generator allows you to upload all of your images (you have to place them in a .zip file first) and it will combine the uploaded images into a single sprite and also generate the CSS for you. 3. 4.