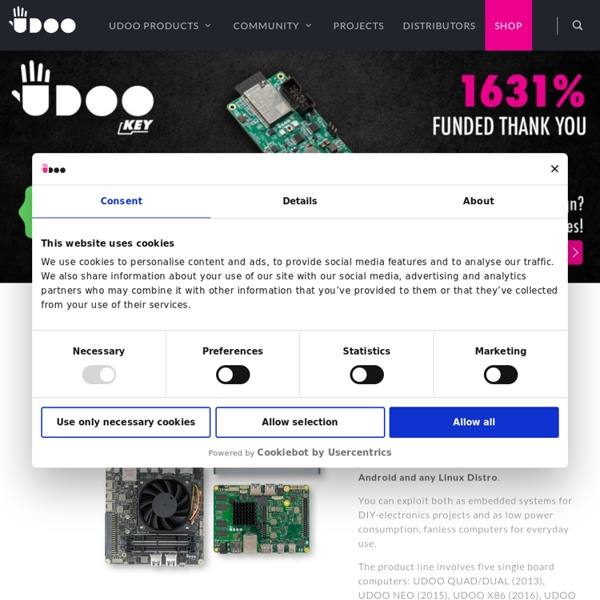 Raspberry Pi, mini computers, Android and microcontrollers General electronics Handling LCD displays via USB UART from your computer - How to control displays from computers via serial UART communications in PythonRemote programming of mini PC like Raspberry Pi or Beaglebone Black - How to use SSH, SSHFS and VNC/RDP to remotely programm and operate an mini PC from another PC. Micro Python and pyboard Universal IR-Remote USB Receiver Details Created on Saturday, 06 October 2012 16:38 Published on Saturday, 01 June 2013 00:00 UPDATE: Yay, this page got featured in Hack a Day! I recently picked up on some PIC18Fx553s with a built-in USB transceiver.

40 Hyper Realistic Artworks That Are Hard to Believe Aren’t Photographs Although sometimes art is meant to stress its detachment from the reality, hyperrealism practically erases this line. Pictures and sculptures, created by hyper realist artists, will look no different from a high resolution picture, making it hard to believe this was created using such regular tools as pencils or ballpoint pens. Hyperrealistic images are typically 10 to 20 times the size of the original photographic reference source, yet retain an extremely high resolution in color, precision and detail. Bluetooth BERO robot inspired by Android mascot If you've ever wanted your very own working Android robot, this Kickstarter project is something to watch. Reality Robotics is fishing for funding for Be the Robot (BERO), a pint-size bot you can control with a Bluetooth-enabled smartphone. The programmable droid was inspired by the Android mascot, but since Google hasn't officially given its blessing to the project, it looks a little different. It can dance, avoid obstacles, and take commands from an open-source phone app.

An I2C Tutorial. This I2C tutorial shows you how the I2C protocol works at the physical bit level discussing single master mode (a single controlling device) which is the most common use for I2C in a small system. I²C (pronounced I-squared-C) created by Philips Semiconductors and commonly written as 'I2C' stands for Inter-Integrated Circuit and allows communication of data between I2C devices over two wires. It sends information serially using one line for data (SDA) and one for clock (SCL). Note: You can find Master mode soft I2C routines in the RTC project.

Add Wireless Charging to Your Smartphone *** FOLLOW THESE INSTRUCTIONS AT YOUR OWN RISK *** take safety precautions and do not do anything you are not certain of. i cannot be held responsible to any damage you may cause to your device or to yourself ! (now, after i covered my ass, we can begin) there are a few projects similar to this one on the net. I've drawn ideas from everywhere and incorporated some of my own. the whole concept and basic design is based on Palm's technology (although there are other manufacturers offering similar solutions). the Touchstone is a Palm charging dock meant for the Palm Pre smartphone, which supports wireless charging via a separately sold back cover. there are a few wireless charging technologies made by different manufacturers that all rely on the same physical concept but they are not cross-compatible, you cannot mix coils and docks (I've tried).