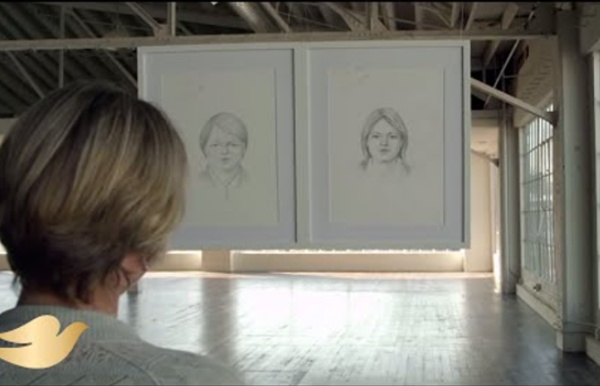 NYC Ballet Presents NEW BEGINNINGS Girls in tech: Confronting the "middle school cliff" - 60 Minutes Two successful women in technology say getting more women into their field requires focusing on girls' education all the way back in elementary school. Bonnie Ross, a Microsoft corporate vice president who runs her company's videogame studio, told 60 Minutes correspondent Sharyn Alfonsi the key to preventing girls from dropping out of tech fields is to make them more comfortable with computer science when they're younger. To do that, Ross thinks elementary and middle schools should make computer science classes mandatory. "I do believe if we had it as required curriculum, I don't think you'd see that drop-off," Ross told Alfonsi in the clip above. "Because right now you have to make a conscious thought of, 'Am I interested in computer science and technology?' If girls study technology along with their other subjects, they will more equipped to connect computer science with creativity, Ross said. This week on 60 Minutes, Alfonsi reports on the push to close the tech skills gender gap.

Real Beauty This EFL lesson plan is designed around a short film by John X. Carey which was commissioned by Dove and the theme of beauty. Students describe portraits, talk about beauty, watch a short film and write a detailed self-portrait. Language level: Upper Intermediate (B2) – Advanced C1 Learner type: Teens and adults Time: 90 minutes Activity: Describing portraits, talking about beauty, watching a short film and writing a detailed self-portrait Topic: Beauty Language: Vocabulary related to physical descriptions and beauty Materials: Portraits, article and short film Downloadable materials: real beauty lesson instructions portraits A portraits B real beauty criticism The School for Training is a small specialist teacher training institute in Barcelona, providing innovative courses of the highest quality for teachers from around the world. Find out more about the courses and how to enrol here. Step 1 Put your students into pairs and ask them to discuss the following question: Step 2 Step 3 Step 4 Step 5

Large Website Backgrounds Do’s and Don’ts Large backgrounds make a very impressive visual impact on websites. A web designer has the possibility to play with different design variables that are usually used by photographers, such as depth of field or focus. The background does not have to be just photos, but also any other large illustration or even video. In this article you will learn about the different large background styles and how to use them. You will also find out about the impact that large backgrounds has on bandwidth and site performance in general. Large Background Styles Essentially there are many different styles, but the most commonly used styles on websites are: * Photographs as backgrounds * Graphics and illustrations as backgrounds * Animations as backgrounds Photographs and illustrations are most widely used, animations are still experimental, but as bandwidth is becoming cheaper and Internet connection speeds are getting faster, more websites can afford to use these. Common Mistakes Using Large Backgrounds

Pop Music as Critical Text 2013 was a big year for Beyoncé. She sang the National Anthem at President Obama’s Inaugural Ceremony, headlined the 2013 Super Bowl halftime show, starred in and produced an HBO documentary, started a World Tour, and released a surprise album (BEYONCÉ) that sold 1 million downloads during its record-breaking first week. She embodies an image many young girls look up to. Considering all of this, is Beyoncé—or any pop culture icon—someone we should discuss with our students? Many of our students look up to Beyoncé as a heroine of sorts. BEYONCÉ seems to be the singer’s direct response to the debate as to whether or not she is a feminist. Whether or not we think Beyoncé is a feminist, our students need information and opportunity to arrive at these conclusions for themselves. One way to cultivate these critical thinking and listening skills with students is to use song lyrics and music videos in the classroom. 1. 2. Why do you think Beyoncé made this video? 3. 4. 5. 6. 7. 8.