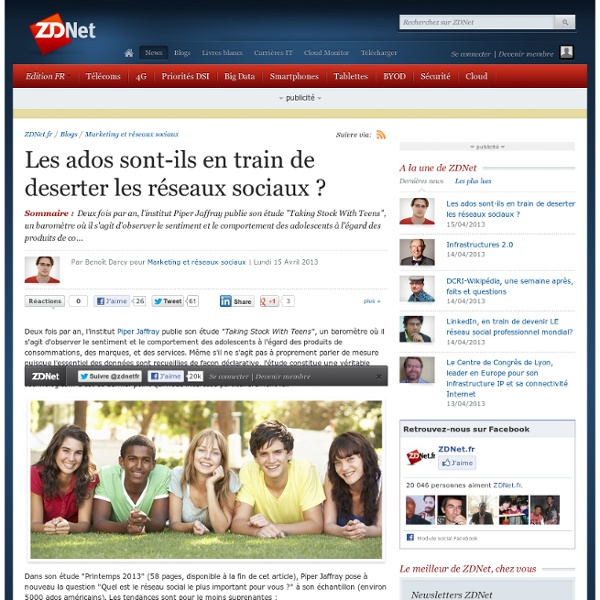 Revealed: Facebook’s global lobbying against data privacy laws Facebook has targeted politicians around the world – including the former UK chancellor, George Osborne – promising investments and incentives while seeking to pressure them into lobbying on Facebook’s behalf against data privacy legislation, an explosive new leak of internal Facebook documents has revealed. The documents, which have been seen by the Observer and Computer Weekly, reveal a secretive global lobbying operation targeting hundreds of legislators and regulators in an attempt to procure influence across the world, including in the UK, US, Canada, India, Vietnam, Argentina, Brazil, Malaysia and all 28 states of the EU. The documents include details of how Facebook: • Lobbied politicians across Europe in a strategic operation to head off “overly restrictive” GDPR legislation. • Used chief operating officer Sheryl Sandberg’s feminist memoir Lean In to “bond” with female European commissioners it viewed as hostile.

Job Candidates Both Hurt and Helped by Social Networks Most social network users have heard of the consequences of having an unprofessional profile page, and know potential employers might look them up online. A summer 2009 survey conducted by Harris Interactive for CareerBuilder.com found that 45% of US human resources professionals used social networks to research job candidates at least occasionally. Respondents were most likely to use search engines such as Yahoo! or Google to check out job candidates online (41%), followed by Facebook (29%) and LinkedIn (26%).

sans titre Just when you thought the TikTok situation couldn’t get anymore strange and dramatic, Microsoft publishes a corporate blog post today that is nothing short of remarkable. To be clear, the content of the post is rather bland, but the fact that it exists is fascinating. As is its framing. Twitter Hire My social media marketing experiment and what it means for education. CLASSROOM 21 | by Greg Limperis A few months, ago I was trolling Twitter like I used to do only occasionally. You see, there was talk in February in my district that we were short on funding and due to that shortfall there would be cutbacks at our central office in order to ensure the money needed would still make it out to the schools. QAnon Is More Important Than You Think If you were an adherent, no one would be able to tell. You would look like any other American. You could be a mother, picking leftovers off your toddler’s plate. You could be the young man in headphones across the street. You could be a bookkeeper, a dentist, a grandmother icing cupcakes in her kitchen.

How Are You Connecting Your Students with the World? Skype in the Classroom Nothing terribly earth-shattering happened the first time elementary teacher Krissy Venosdale used Skype to connect her Missouri students with children in another state. “It was kind of awkward at first,” she admits, recalling their first attempt at video conferencing. “Everyone was new to it and kind of nervous.” Nonetheless, she knew she had found a digital tool she would use again and again to take learning deeper in her inquiry-based classroom. Twitter Now Reducing Some Tweets To 117 Characters If you’re tweeting out a URL, your tweets just got a bit shorter. Starting Wednesday, any tweet sent with a URL will be reduced to 118 characters, or 117 for https links.