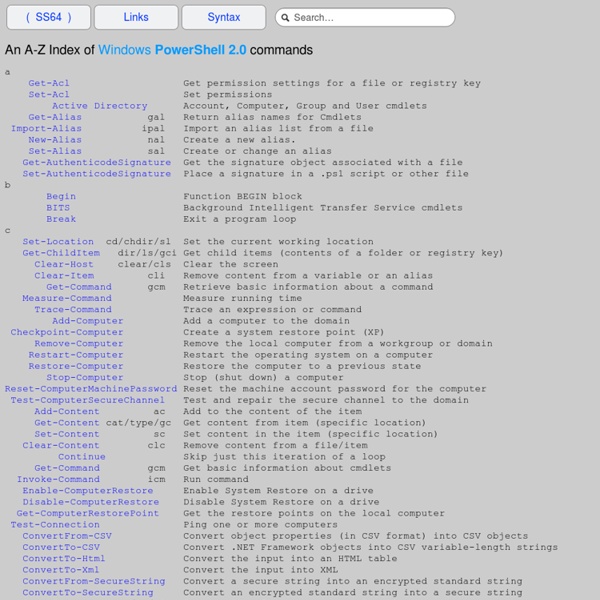 Dmitry’s PowerBlog PowerShell and beyond Experience the Next Network Evolution with Cisco Network Programmability Training With the introduction of open network infrastructures, where networks can be programmatically accessed and business applications better integrated, the way IT professionals operate and design architectures will change. The new technologies will bring tremendous benefits in terms of applications and infrastructure integration adding flexibility, simplification and cost-effectiveness. Job Roles As this evolution takes place, it's having a major effect on networking jobs roles. New careers in IT are being built, focusing more on complex services and architectures rather than systems. With this shift, new talent needs arise for IT professionals as industry job roles evolve. The traditional IT professional job roles will evolve into the following software enabled network roles: Network Programmability Engineer : The network programmability engineer will be responsible for deploying the network applications into the programmable environment and making them operational. Training FAQs Return to Top

Windows Server 2008, Exchange advice. Help solving computer problems. VBScript Information security Information Security Attributes: or qualities, i.e., Confidentiality, Integrity and Availability (CIA). Information Systems are composed in three main portions, hardware, software and communications with the purpose to help identify and apply information security industry standards, as mechanisms of protection and prevention, at three levels or layers: physical, personal and organizational. Essentially, procedures or policies are implemented to tell people (administrators, users and operators) how to use products to ensure information security within the organizations. Information security, sometimes shortened to InfoSec, is the practice of defending information from unauthorized access, use, disclosure, disruption, modification, perusal, inspection, recording or destruction. Two major aspects of information security are: For the individual, information security has a significant effect on privacy, which is viewed very differently in different cultures. History[edit] Definitions[edit] 1.

Running Windows PowerShell Scripts Against Multiple Computers Here’s a quick tip on working with Windows PowerShell. These are published every week for as long as we can come up with new tips. If you have a tip you’d like us to share or a question about how to do something, let us know. Find more tips in the Windows PowerShell Tip of the Week archive. Running Windows PowerShell Scripts Against Multiple Computers If there’s a problem with the Script Center – wait a minute, who said there was a problem with the Script Center? Um, as we were saying, if there’s a problem with the Script Center it’s the fact that our scripts are almost all designed to be run against one computer at a time. Yes, just like the Scripting Guys. Of course, in real life things aren’t so simple; system administrators (that is, people who actually use scripts, as opposed to simply writing about them) need to manage multiple machines. Well, to be honest, they don’t. But first things first. Using Command-Line Arguments bios.ps1 atl-fs-01 atl-fs-02 That’s pretty cool, isn’t it?