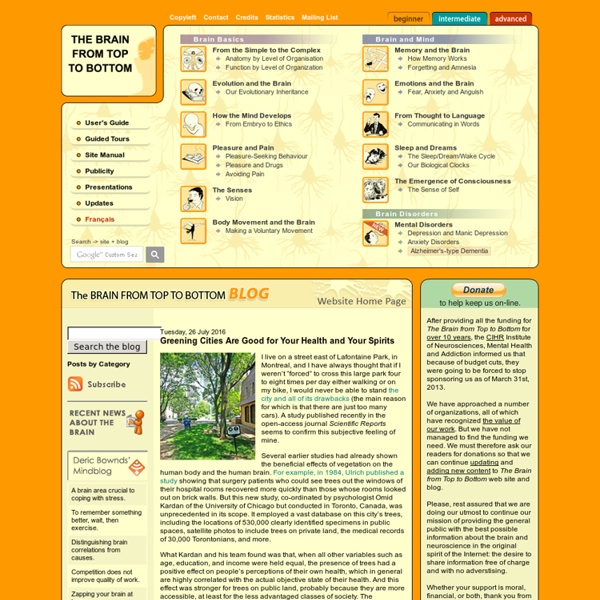 Neuropathology Changing How We Think What kind of thinking leads to better outcomes? That’s the question that Roger Martin addresses in his wonderful book Diaminds: Decoding the Mental Habits of Successful Thinkers. The world is awash in complexity. Nearly every decision we make is uncertain. Successful thinking integrates several radically different models while preserving the thinker’s ability to act decisively. Integrators attempt to hold two, often contradictory, ways of seeing the world. This is reminiscent of F. The test of a first-rate intelligence is the ability to hold two opposing ideas in mind at the same time and still retain the ability to function. But that view is not out of reach to the layperson. In following a single hypothesis, the mind is presumably led to a single explanatory conception. Martin believes that “thinkers who exploit opposing ideas to construct a new solution enjoy a built-in advantage over thinkers who can consider only one model at a time.” Thinking is Habitual Habits are not all burdens.

Anatomy of the Brain The anatomy of the brain is complex due its intricate structure and function. This amazing organ acts as a control center by receiving, interpreting, and directing sensory information throughout the body. The brain and spinal cord are the two main structures of the central nervous system. There are three major divisions of the brain. Anatomy of the Brain: Brain Divisions The forebrain is responsible for a variety of functions including receiving and processing sensory information, thinking, perceiving, producing and understanding language, and controlling motor function. The midbrain and the hindbrain together make up the brainstem. The hindbrain extends from the spinal cord and is composed of the metencephalon and myelencephalon. Anatomy of the Brain: Structures The brain contains various structures that have a multitude of functions. Basal Ganglia For additional information about the brain, see Brain Basics.

Accessible Fitness & Active Lifestyle 3D Brain The Argumentative Theory "Reasoning was not designed to pursue the truth. Reasoning was designed by evolution to help us win arguments. That's why they call it The Argumentative Theory of Reasoning. "Now, the authors point out that we can and do re-use our reasoning abilities. Dan Sperber, an influential French social and cognitive scientist, is widely recognized as being among the most brilliant cognitive scientists writing about reason, language, culture, and human evolution. Their Argumentative Theory has already generated much excitement in the academic community. Gerd Gigerenzer finds this view on reasoning is most provocative as "reasoning is not about truth but about convincing others when trust alone is not enough. And Jonathan Haidt says the “the article is one of my favorite papers of the last ten years. Dan Sperber came up with the argumentative theory because he was taking stock of what was happening in the world of psychology at large. That's what we did. And they never challenge that intuition.

Re-creating the brain with a $1.6-billion supercomputer project There are seven billion human brains on the planet, but even the best minds in neuroscience aren’t really sure how they work. How does a network of a hundred trillion neural connections generate thoughts and feelings and motivate action? An international team of researchers is taking a crack at finding out by building a brain of its own. Boosted by a massive funding commitment from the European Commission, announced on Monday, the Human Brain Project is a $1.6-billion effort that will draw on a growing body of research about brain structure and function and aim to translate it into a multilayered supercomputer simulation. While it is by no means the first effort to approximate the brain “in silico,” the scope and scale of the project is beyond anything attempted to date. Skeptics question whether it can succeed. Co-ordinated from Lausanne, Switzerland, the project is expected occupy about 200 researchers at dozens of institutions around the world for a decade or more. Two ways.

17 Power Snacks For Studying Snack smart and study hard. Banana Dog Bites Here’s a reason to get excited about a classic-old combo: bananas — a darling energy-boosting carbohydrate — wrapped in wheat tortillas and peanut butter. Recipe here Mason Jar Hummus and Veggies Mason jar fanatic or not, you can’t deny that this method syncs with gravity: It’s a mess-free way to transport your high-protein hummus and veggies in one container. Apple Sandwiches with Almond Butter and Granola You’re already carrying a backpack full of heavy books — the last thing you need is a load of bulky snacks. Frozen Yogurt-Covered Blueberries Like bite-size frozen Go-Gurt with real fruit! Roasted Chickpeas Roast them in the oven for 45–60 minutes — just enough time to get through a chapter of notes — then select your seasoning, eat, and charge up for the next chapter. Chocolate Avocado Pudding Good chocolate? Multigrain Flatbread Cracker Snacks buzzfeed.com Blueberry Yogurt Parfait with Granola The timeless healthy snack. twopeasandtheirpod.com

Threshold Theory: How Smart Do You Have to Be to Succeed? How smart do you have to be to succeed? What about to become a creative genius? Did Picasso and Mozart use superhuman intelligence to create their masterpieces? And similarly… How intelligent do you need to be to become a successful entrepreneur? These are questions that we don’t often ask ourselves, but they are built into our beliefs and actions about many phases of life. Perhaps that is true. “The Termites” In 1921, there was a psychologist at Stanford University named Lewis Terman who set out on a mission to conduct a research study unlike any before it. Terman began by finding the 1,000 smartest students in California between the third grade and eighth grade as measured by IQ. [1] After much testing and searching, Terman gathered a final sample of 856 boys and 672 girls. Terman and his team began testing the children in nearly every way you could image. Threshold Theory According to Threshold Theory, not necessarily. Threshold Theory in Everyday Life Some examples…

€2 billion in European funding goes to Graphene and Human Brain projects Awards €2 billion in European funding goes to Graphene and Human Brain projects Research aims to revolutionize computing and better understand the human brain Large-scale interdisciplinary projects titled Graphene and the Human Brain Project will receive up to €1 billion each ($1.4 billion or £8.5 million) over 10 years as the winners of the European Commission’s Future and Emerging Technologies (FET) Flagships Initiative. The winners were announced today by Neelie Kroes , Vice-President of the European Commission and High Commissioner for the Digital Agenda for Europe, at a press conference in Brussels. “We are bringing science and technology together to answer Europe’s challenges,” Kroes said, “and we are working across borders because we achieve more when we work together.” Jari Kinatet, PhD Who’s in the Graphene consortium? Led by Dr. Artistic impression of a corrugated graphene sheet (Jannik Meyer) What is Graphene? View the project papers and videos Dr. Who’s in the Human Brain Project?

Radiopaedia.org, the wiki-based collaborative Radiology resource Why “Psychological Androgyny” Is Essential for Creativity by Maria Popova “Creative individuals are more likely to have not only the strengths of their own gender but those of the other one, too.” Despite the immense canon of research on creativity — including its four stages, the cognitive science of the ideal creative routine, the role of memory, and the relationship between creativity and mental illness — very little has focused on one of life’s few givens that equally few of us can escape: gender and the genderedness of the mind. In Creativity: The Psychology of Discovery and Invention (public library) — one of the most important, insightful, and influential books on creativity ever written — pioneering psychologist Mihaly Csikszentmihalyi examines a curious, under-appreciated yet crucial aspect of the creative mindset: a predisposition to psychological androgyny. Illustration by Yang Liu from 'Man Meets Woman,' a pictogram critique of gender stereotypes. Click image for details. Illustration from the 1970 satirical book 'I’m Glad I’m a Boy!