Dan Ariely: What makes us feel good about our work? 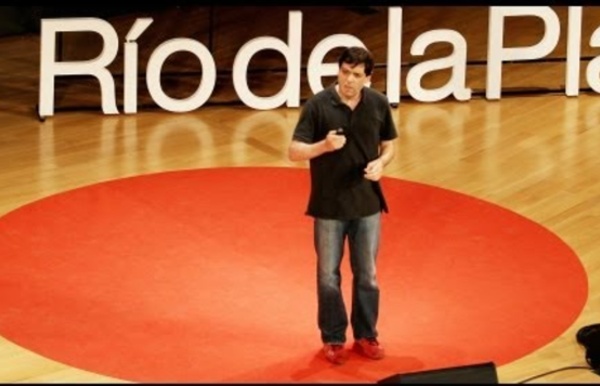 Neurological Relativism by Robert Anton Wilson (Originally published in the March 1978 issue of New Libertarian, p.8) In my previous two columns, I have presented the case for the ultimate skepticism (i.e. solipsism) as strongly as I could, indicated that it not only can be defended on rigidly logical grounds (cf. Hume, David, works of), but also that is seemingly confirmed empirically by the practice of silent-level meditation.

The 3 Fears Employee’s Have About Engagement — and How to Confront Them Employee engagement initiatives don’t have to be stressful. Too many times, we’ve seen organizations dragging their feet on engagement work. And we get it; change is hard, and a new engagement initiative can mean big changes in culture and operations at an organization. But, those changes result in very good things — like better retention, more satisfied employees, higher productivity and a healthier bottom line. In many cases, the source of your stress are actually unfounded fears. Government in the Future Een lezing gegeven door Noam Chomsky in het Poetry Center in New York, 16 Feb. 1970, waarin hij de vier grote politieke ideologieën uiteen zet: (1) klassiek liberaal, (2) libertair socialisme, (3) staats-socialisme, (4) staats-kapitalisme. Uiteindelijk pleit hij voor het libertair socialisme. Video Audio De lezing is ook uitgegeven als boek, hier verkrijgbaar . Government in the Future

The Differences Between Managers Who Motivate and Those Who Demoralize I’ve never met a manager who intended to demoralize their staff. Many do, but that’s not their intention. In talking with them or those who report to them, what surfaces are habits, attitudes, practices, and skill deficiencies that lead their employees to disrespect, disengage, and decide to leave them for more pleasant environments. When an executive at the top of the organization notices that a manager is struggling to keep good people and suggests that manager come to us for communication coaching, it doesn’t take long in our interviewing process before we observe troubling communication habits. Similar stories appear with regularity. The big contrast in management styles

Policy-based evidence making Evidence-based policy making is a theoretical construct whereby political policy is based on sound scientific evidence. This has never happened. Policy-based evidence making, by contrast, happens all the time. Politicians have an idea, realise there is no scientific support for it, so set out to produce some. [edit] Methods The most common form of policy-based evidence making is opinion polls, which of course will always yield the result the pollsters are paid to deliver thanks to the miracle of push polling. Leaders Can Influence, But Every Employee Owns Their Own Engagement I’ve been asked a couple of times recently, “Do you think ‘employee engagement’ has become just another business buzzword?” It’s a valid question and one that often arises from a lack of understanding – what drives engagement and why should we care? Truly engaged employees have “bought in.” They are so passionate about solving the problem, delivering the service, or achieving the goal, they willingly invest more of their own time (discretionary effort) to get those results. Does this mean they work overtime?

Martin Wolf: why rigged capitalism is damaging liberal democracy “While each of our individual companies serves its own corporate purpose, we share a fundamental commitment to all of our stakeholders.” With this sentence, the US Business Roundtable, which represents the chief executives of 181 of the world’s largest companies, abandoned their longstanding view that “corporations exist principally to serve their shareholders”. This is certainly a moment. But what does — and should — that moment mean? The answer needs to start with acknowledgment of the fact that something has gone very wrong.

Primitive human society 'not driven by war' 18 July 2013Last updated at 15:40 ET Some have said war is an innate part of human behaviour - but this research suggests otherwise Primitive society was not driven by war, scientists believe. Researchers from Abo Academy University in Finland say that violence in early human communities was driven by personal conflicts rather than large-scale battles. They say their findings suggest that war is not an innate part of human nature, but rather a behaviour that we have adopted more recently. The study is published in the journal Science.

The 5 Things That Employees Hate to Hear From New Managers Leaders want to make their mark on operations, stamp their philosophical footprint on minds, leave their legacy on hearts and in hallways. They hope their leadership will be unique, profitable, and pleasant. These are understandable goals. All too often, however, they start out with similar comments — lines that set their employees up for disappointment and disengagement rather than the intended positive pat on the back and productivity boost: 1.

Business Roundtable Redefines the Purpose of a Corporation to Promote ‘An Economy That Serves All Americans’ WASHINGTON – Business Roundtable today announced the release of a new Statement on the Purpose of a Corporation signed by 181 CEOs who commit to lead their companies for the benefit of all stakeholders – customers, employees, suppliers, communities and shareholders. Since 1978, Business Roundtable has periodically issued Principles of Corporate Governance. Each version of the document issued since 1997 has endorsed principles of shareholder primacy – that corporations exist principally to serve shareholders. With today’s announcement, the new Statement supersedes previous statements and outlines a modern standard for corporate responsibility. “The American dream is alive, but fraying,” said Jamie Dimon, Chairman and CEO of JPMorgan Chase & Co. and Chairman of Business Roundtable.

They Know Much More Than You Think by James Bamford The headquarters of the National Security Agency, Fort Meade, Maryland In mid-May, Edward Snowden, an American in his late twenties, walked through the onyx entrance of the Mira Hotel on Nathan Road in Hong Kong and checked in. He was pulling a small black travel bag and had a number of laptop cases draped over his shoulders. Inside those cases were four computers packed with some of his country’s most closely held secrets. Within days of Snowden’s documents appearing in The Guardian and The Washington Post , revealing several of the National Security Agency’s extensive domestic surveillance programs, bookstores reported a sudden spike in the sales of George Orwell’s classic dystopian novel 1984 . On Amazon.com, the book made the “Movers & Shakers” list and skyrocketed 6,021 percent in a single day.

The Fine Line For Leaders Between Motivation and Manipulation Almost any team has one or two absolute go-getters. Whether it’s out of passion, commitment or habit, they’re going to show up half an hour early, probably after a good night’s sleep and a nutritious breakfast, bringing their best ideas and plenty of energy to carry them out. Other employees need a little push, at least from time to time, and the best leaders are prepared to provide it. But knowing how and when to motivate doesn’t come naturally to most leaders. It may even be uncomfortable, especially for those who aren’t clear on the boundary between motivation and manipulation. And that boundary really can be tricky to navigate when you’re motivating someone to act in a way that benefits an organization.

Bagehot - Good capitalism v bad capitalism THE cabinet has become a killing field of political careers. Four senior ministers have left for the backbenches in the past eight months—and if there is any justice then two more, Chris Grayling, the transport secretary, and Gavin Williamson, the defence secretary, will soon be following them. But one minister is thriving against the odds. Since becoming secretary of state for the environment last June, Michael Gove has revived his reputation and revitalised his department. Some bookmakers put him as the favourite to replace Theresa May as Tory leader.

Survey of Earliest Human Settlements Undermines Claim That War Has Deep Evolutionary Roots My last two posts discuss two new studies that contradict the Deep Roots Theory of War, which holds that war is ancient and innate. One study concludes that modern-day mobile foragers (also called nomadic hunter gatherers) are far less warlike than Deep Rooters contend. According to the other study, there is vanishingly little archaeological evidence of lethal group violence prior to 10,000 years ago. Ancient settlement in Jordan, Southern Levant, where humans lived without significant warfare from 15,000 to 5,500 years ago, according to new archaeological survey.