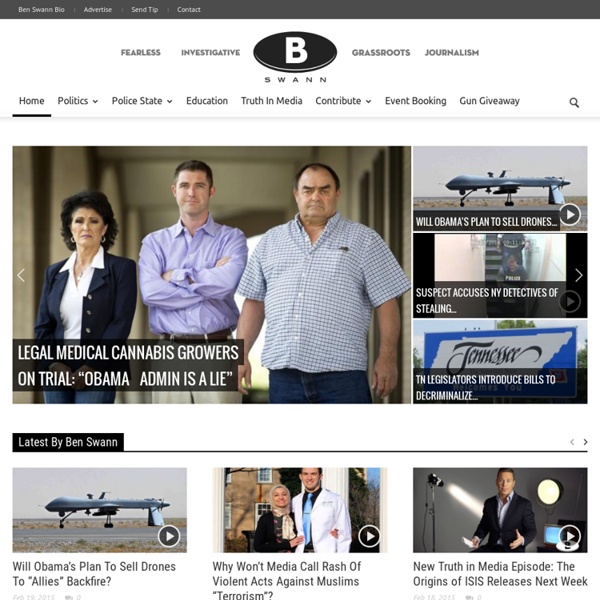 Shocking video shows New Orleans prison inmates with guns, drugs and beer and even hanging out in the city centre Video shows inmate waving loaded gun while another injects drugsFootage revealed during federal hearing on jail refurbishment plansExpert says video shows most dysfunctional jail regime he has seen By Sam Adams Published: 09:09 GMT, 3 April 2013 | Updated: 16:12 GMT, 3 April 2013 Prisoners have been filmed drinking beer, using drugs and even brandishing a loaded handgun in shocking video footage taken at a New Orleans jail. The film from Orleans Parish Prison was revealed on the second day of a federal hearing on plans to refurbish and improve the jail. One expert told the court that the video showed the most dysfunctional prison regime he had seen. Scroll down for video Video: Prisoners at Orleans Parish Prison were filmed holding a gun, drinking beer and taking drugs Drinking: The shocking footage was revealed in court during a federal hearing into plans for jail refurbishment Drugs: One man was even pictured injecting drugs in the video.

Marion Police Sergeant Accused of Disobeying Officer Orders MARION, Iowa - A sergeant with the Marion Police Department is headed to trial on Oct. 30 after he was ticketed on Aug. 19 for allegedly violating no-wake boundaries at the Coralville Reservoir and then refusing to follow officer orders. Marion Sgt. Philip Fort, who was not on duty at the time, was operating a boat at the reservoir at 4:36 p.m. Aug. 19 and was stopped by Iowa Department of Natural Resources water patrol officers for violating no-wake buoys, according to a criminal complaint. The officers told Fort, 38, of Marion, to stay where he was while they backed the patrol boat away to write a citation, according to the complaint. Fort is accused of telling the officers that if they wanted to cite him, they would have to go to his slip – a docking place for his boat, according to the complaint. He was charged with interference with official acts and operation in violation of buoys. Fort pleaded not guilty to the charges, and his case is set for trial on Oct. 30.

Accidents pile up for Cedar Rapids police Cedar Rapids police are sorting through a pile of accident reports following the winter storms the last couple of days. One of the accidents happened around 11 A.M. Tuesday when officer Ron Faas was in the process of investigating an accident. While he was in his squad car with the emergency lights on, another vehicle went out of control and struck the rear of officer Faas’ car. Officer Faas was taken to a Cedar Rapids hospital, treated and released. Dean Gillis, was charged with disobedience of a traffic control device. Iowa lawmakers debate whether to legalize medical marijuana Medical marijuana bills come up in the legislature almost every year, so it's not surprising to hear of two bills working to legalize medical marijuana in Iowa this year. "Since the 1930s this has been a ridiculous law. The prohibition of marijuana needs to end," said activist Bob Wright. "Drugs are bad, but marijuana is not a drug," he added, stating that doctors have indicated marijuana is the "least harmful substance that a human being can take." Currently, SF79 and HF22 both aim to legalize medical marijuana for people with a "chronic or debilitating medical condition" such as cancer, glaucoma or HIV. But critics in the Governor's office say debating the issue sends mixed messages to people, particularly teens. "We spend a lot of time trying to educate our youth that drugs are harmful, and they're not healthy life choices, and they can have some real long-term consequences," said Steven Lukan, Director of the Governor's Office of Drug Control. Neither has made onto the floor for a vote.

Breaking: Third Bomb Explodes in Boston America’s Government Betrays its People once Again Dear Readers: This story will be updated during the day as we sift through what we are finding and begin to piece it together more. … by Jim W. Update 6:27 pm EST. The one being deported is deemed to have been some unfortunate schmuck down at the port with an expired visa with the same name. A claim was also made that the Al-Harbi in Ohio moved to Boston. A correction to my story below is that Al-Harbi did not have a 3-B terrorist designation prior to his coming to the U.S., a sourcing error there. Beck describes in the link below that the FBI had to go in front of a judge to get a search warrant, which was issued, so some sort of probable cause had been established. Then for them to have Al-Harbi ‘added’ to the 3-B terror watch list they then had to go in front of a panel, a process that is described as far from being a rubber stamp. DHS has backpedaled 100% on all of this and dumping it all back on the FBI. Related Posts:

» FBI Conducting Gun Sweeps in Oakland Alex Jones Infowars.com April 25, 2013 FBI agents on way to conduct sweep in Oakland image via ktvu.com Less than a week after SWAT police went house to house ripping families out of their homes during broad daylight in the manhunt that ensued following the Boston bombings, other police departments have seemingly taken a police state cue and followed suit. Yesterday it was reported that FBI agents and local police SWAT along with the California Highway Patrol conducted a “massive sweep” of Oakland where they barricaded several streets and closed down certain parts of the town for more than an hour. “It appeared to be an extensive operation with many officers involved,” KTVU reported, adding, “There were agents carrying out actions in numerous parts of the city Wednesday night.” Armored vehicles and helicopters circling overhead assisted the patrols as law enforcement allegedly served warrants for drugs and weapons charges. This article was posted: Thursday, April 25, 2013 at 7:07 pm Print this page.

What is an Internet Troll? (Posting Guidelines - Netiquette) What is a Forum Troll? What is an Internet Troll? An Internet "troll" is a person who delights in sowing discord on the Internet. He (and it is usually he) tries to start arguments and upset people. Trolls see Internet communications services as convenient venues for their bizarre game. For some reason, they don't "get" that they are hurting real people. Trolls are utterly impervious to criticism (constructive or otherwise). Why does it Matter? Some people -- particularly those who have been online for years -- are not upset by trolls and consider them an inevitable hazard of using the net. It would be nice if everybody was so easy-going, but the sad fact is that trolls do discourage people. Another problem is that the negative emotions stirred up by trolls leak over into other discussions. Finally, trolls create a paranoid environment, such that a casual criticism by a new arrival can elicit a ferocious and inappropriate backlash. <...snip...> The Webmaster's Challenge What about Free Speech? Conclusion

Gaza Report | Harry Fear's Blog This is the blog of documentary maker and activist, Harry Fear, focussing on the Gaza Strip. Gaza Report Gaza Report syndicates the Gaza-based journalism of Harry Fear and chronicles his times in the Strip. Gaza’s Breaking the Silence Escalation Summary reportage of Gaza’s Breaking the Silence Operation and Israel’s escalation in violence. Mar, 13 Invite Harry Fear for a Talk or Interview Invite Harry Fear for a talk, conference or debate, or invite him for a media or blog interview, on Gaza, the media or another topic. Mar, 01 Armed Resistance with Leila Khaled Harry Fear sits down with iconic airline hijacker Leila Khaled to discuss armed struggle and resolution of the conflict with Israel May, 18 Targeting Haitham Al-Mis’hal – A Video Report Israel has targeted a militant allegedly responsible for rocket attacks, in what’s the first such Gaza targeting since November. Apr, 30 Reading List Harry Fear’s recommend reading list of books about Israel-Palestine, the media, Western society and Gaza. Next

Carty - Generate BIG text art signs This is my favourite and self-made generator for artful text signs. I made this because I was seriously into text art. I liked it a lot. Bookmarklet available Before saving this bookmarklet you can try it right here. Characters You can type characters a-z, A-Z, 0-9, and :,.!?) Encool Style