9 of the Most Fascinating Abandoned Mansions from Around the World 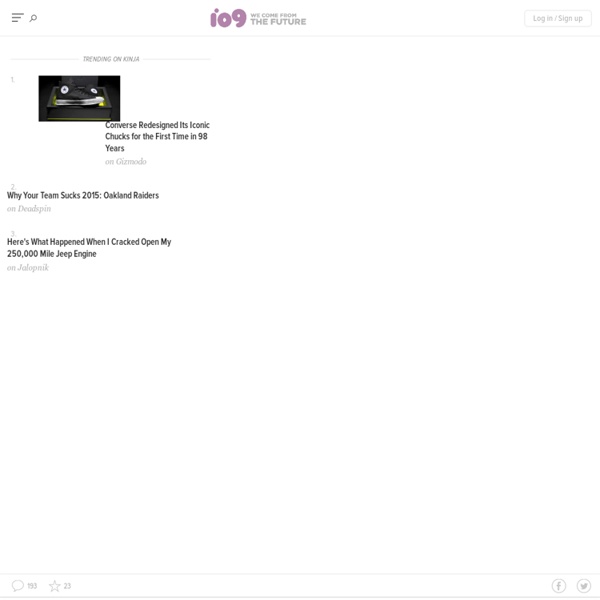 wiseGEEK: clear answers for common questions 50 Life Hacks to Simplify your World Life hacks are little ways to make our lives easier. These low-budget tips and trick can help you organize and de-clutter space; prolong and preserve your products; or teach you something (e.g., tie a full Windsor) that you simply did not know before. Most of these came from a great post on tumblr. 20. 40. Sources – muxedo task: 99 Life Hacks to make your life easier! If you enjoyed this post, the Sifter highly recommends:

New York Normal - StumbleUpon The Spartacus Workout Three years ago, producers at Starz asked Men’s Health to create a workout worthy of the name Spartacus, the network’s hit original series. With the help of Rachel Cosgrove, C.S.C.S., an Ironman triathlete and 2012 personal trainer of the year, we did just that—and it became the most popular workout in Men’s Health history! Now we’ve made it even better. DIRECTIONS Perform the following workout 3 days a week with a day of rest between each session. PLUS: Spartacus—The Greatest Workout Ever— is now available on DVD! Photograph by Ture Lillegraven Next » 1a: Plank with Leg Lift Assume a pushup position but with your weight on your forearms instead of your hands. 1b: Dumbbell Chop Hold a dumbbell with a hand-over-hand grip above your right shoulder, as shown. 1c: Dumbbell Lunge Hold a pair of dumbbells next to your sides and stand tall with your feet hip-width apart. 2a: Dumbbell Single-Leg, Straight-Leg Deadlift 2b: Dumbbell Push Press 2c: Goblet Squat 3a: Dumbbell Alternating Row

Check Out The Awesomeness That Is Guillermo del Toro's Sketchbook August 17, 2013 | 0 Comments | Topics: Interesting “Hellboy II” “Pan’s Labyrinth” “The Devil’s Backbone” “Blade II” “Hellboy” “At the Mountains of Madness” “Pacific Rim” Hot Stories Around The Web Friends Of Caveman Circus 9 Foreign Words the English Language Desperately Needs As we have demonstrated before, the English language has some grievous holes in it. We're talking about everyday phenomena that we have all noticed, yet don't have terms for. Fortunately, while we were busy fumbling with hand gestures and illustrations like cavemen, other cultures just made up the perfect words and phrases to encapsulate those little everyday moments filled with ... uh ... je ne sais quoi. #9. Means: To eat past the point of being full just because the food tastes good. Here is a word that describes such a quintessentially American phenomenon it's shocking that another culture came up with it first. As absurd as that may sound, keep in mind that America has a holiday devoted entirely to shemomedjamo in November. GettyPatriotism comes breaded and deep fried. The literal translation for shemomedjamo is "I accidentally ate the whole thing," which is a charming way of saying "Oh my God, why isn't somebody stopping me?!" Which neatly brings us to ... #8. #7. GettyNo idea. #6. #5.

Architect Bypasses Mortgage Payments, Builds a Tiny Home Idaho-based architect Macy Miller longed for a place of her own, but didn't want the burdensome cost of mortgage payments and decided to construct her own compact home. After having a dream back in 2011, Miller mustered up the initiative to design her small yet efficient home known as Tiny House. Interested in the ever-expanding DIY movement as both a way to save on costs and gain some experience with construction, Miller worked on the 196-square-foot home for two years in the hopes of making her dream come true. The house, which was built on top of a flatbed trailer with the use of sustainable materials, just recently finished construction. The clever design includes recycled shipping pallets for the siding of the home and practically brand new windows that were entirely donated. Inside the cozy space, every modern amenity needed is available including lighting, a kitchen area, and even a working bathroom. Macy Miller's blog via [Inhabitat]

A map of the countries with the most dangerous roads Click to enlarge. Data source: World Health Organization Lots of people think that their home town has the worst traffic, the most aggressive drivers, the craziest cabbies. Sometimes they have strong anecdotal evidence. Russian drivers often employ dashboard cameras to record seemingly inevitable collisions with reckless motorists. So who has the world's most dangerous roads? The Caribbean island nation (it shares the island of Hispanolia with Haiti) reports a staggering 41.7 driving deaths per 100,000 people per year. The next 10 most dangerous countries for driving, in descending order, are: Thailand, Venezuela, Iran, Nigeria, South Africa, Iraq, Guinea-Bissau, Oman and Chad. What do the dark red countries have in common? As I wrote for The Atlantic after the 2011 Blackberry outage so improved road safety in the United Arab Emirates, shouldn't countries with so much money and so few people -- Saudi Arabia also ranked highly -- have clean, clear, open, safe roads?

15 Things You Should Give Up To Be Happy Luminita Saviuc, Purpose FairyWaking Times Here is a list of 15 things which, if you give up on them, will make your life a lot easier and much, much happier. We hold on to so many things that cause us a great deal of pain, stress and suffering – and instead of letting them all go, instead of allowing ourselves to be stress free and happy – we cling on to them. 1. 2. “By letting it go it all gets done. 3. 4. “The mind is a superb instrument if used rightly. 5. “A belief is not an idea held by the mind, it is an idea that holds the mind.” 6. 7. 8. 9. “Follow your bliss and the universe will open doors for you where there were only walls.” 10. “The highest form of ignorance is when you reject something you don’t know anything about.” 11. “The only fear we have to fear, is fear itself.” 12. 13. 14. 15. About the Author Luminita is the author of the fantastic blog, Purpose Fairy, where this article was originally featured.