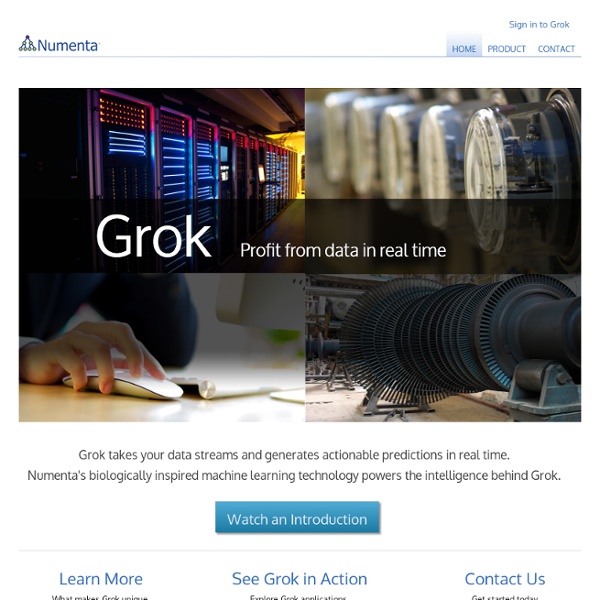 Redwood Center for Theoretical Neuroscience Machine Learning - Stanford University Machine learning is the science of getting computers to act without being explicitly programmed. In the past decade, machine learning has given us self-driving cars, practical speech recognition, effective web search, and a vastly improved understanding of the human genome. Machine learning is so pervasive today that you probably use it dozens of times a day without knowing it. Many researchers also think it is the best way to make progress towards human-level AI. In this class, you will learn about the most effective machine learning techniques, and gain practice implementing them and getting them to work for yourself. More importantly, you'll learn about not only the theoretical underpinnings of learning, but also gain the practical know-how needed to quickly and powerfully apply these techniques to new problems. This course provides a broad introduction to machine learning, datamining, and statistical pattern recognition.

Hierarchical temporal memory Hierarchical temporal memory (HTM) is an online machine learning model developed by Jeff Hawkins and Dileep George of Numenta, Inc. that models some of the structural and algorithmic properties of the neocortex. HTM is a biomimetic model based on the memory-prediction theory of brain function described by Jeff Hawkins in his book On Intelligence. HTM is a method for discovering and inferring the high-level causes of observed input patterns and sequences, thus building an increasingly complex model of the world. Jeff Hawkins states that HTM does not present any new idea or theory, but combines existing ideas to mimic the neocortex with a simple design that provides a large range of capabilities. HTM structure and algorithms[edit] An example of HTM hierarchy used for image recognition Each HTM node has the same basic functionality. Each HTM region learns by identifying and memorizing spatial patterns - combinations of input bits that often occur at the same time. Bayesian networks[edit]

Logic+Emotion In the beginning, there were products and services, and some were good. Fewer became trusted brands, but those that did enjoyed unquestioned loyalty supported by a simple yet effective marketing engines built to reach people in mass quantity. The formula worked for decades. An empire was built on the shoulders of Madison Avenue and expanded globally. More recently, technology has had it’s own evolutionary process which it’s still going through. Responsive DesignToday, digital design and development is often done leveraging the “agile” method of development, which favors smaller, cyclical bursts of development and rapid testing. “Content Marketing” Is Disrupting Modern Day Brand BuildingCMOs, chief digital officers and brand managers across many organizations are currently grappling with the notion of content used in the context of marketing—inherently they understand that their customers value content, consume it, create it, and share it—and they want in on the action.

Hierarchical Temporal Memory We've completed a functional (and much better) version of our .NET-based Hierarchical Temporal Memory (HTM) engines (great job Rob). We're also still working on an HTM based robotic behavioral framework (and our 1st quarter goal -- yikes - we're late). Also, we are NOT using Numenta's recently released run-time and/or code... since we're professional .NET consultants/developers, we decided to author our own implementation from initial prototypes authored over the summer of 2006 during an infamous sabbatical -- please don't ask about the "Hammer" stories. I've been feeling that the team has not been in synch in terms of HTM concepts, theory and implementation. We decided to spend the last couple of meetings purely focused on discussions concerning HTMs. We have divided our HTM node implementation into 2 high level types. 1) Sensor Node and 2) Cortical Node. An HTM sensor node provides a mechanism to memorize sensor inputs and sequences of those inputs.

Top 12 CSS Frameworks and How to Understand Them Most designers would have heard of the term ‘CSS Frameworks’, for those who don’t know or aren’t sure, here is a brief description from: Wikipedia: “A CSS framework is a library that is meant to allow for easier, more standards-compliant styling of a webpage using the Cascading Style Sheets language. Just like programming and scripting language libraries, CSS frameworks package a number of ready-made options for designing and outlaying a webpage.” Sounds great doesn’t it, something that is going to make designing and developing a website that little bit easier. It will take away the repeating of the same old boring stuff and if you write your framework correctly you will be guaranteed your code will meet W3C recommendations. That will leave you plenty of time to design your site, the fun side of the job! There is a lot more to CSS Frameworks than I have written here, but I am not going to bore you, download them and try them out. 12 of the best CSS Frameworks

Can a New Theory of the Neocortex Lead to Truly Intelligent Mach Jeff Hawkins Hawkins also serves on the Advisory Board of the Secular Coalition for America and offers advice to the coalition on the acceptance and inclusion of nontheism in American life.[3] Early life and career[edit] Hawkins grew up with an inventive family on the north shore of Long Island. Grok[edit] They have been using biological information about the structure of the neocortex to guide the development of their theory on how the brain works. Numenta, Inc., was founded in 2005 to be a catalyst in the emerging field of machine intelligence. Neuroscience[edit] After graduating from Cornell in June 1979, he read a special issue of Scientific American on the brain in which Francis Crick lamented the lack of a grand theory explaining how the brain functions.[6] Initially, Hawkins attempted to start a new department on the subject at his employer Intel, but was refused. References[edit] Books[edit]