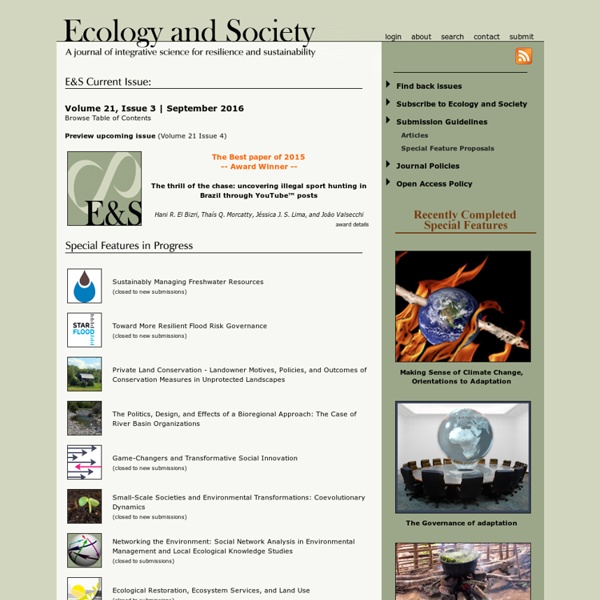 AFE - Association for Fire Ecology | | AFE - Association for Fire Ecology Carboun: Advocating Sustainability in the Middle East Mineralogy Database Home-Sustainability Perspectives - Sustainability 2030 Ocean Color Image Archive Page NOTE: All SeaWiFS images presented here are for research and educational use only. All commercial use of SeaWiFS data must be coordinated with GeoEye Category: All Gallery Images This SeaWiFs image provides a view of a Dust storm over the Red Sea. Northwest African Dust Storm A massive dust storm erupted off the northwestern coast of Africa over this past weekend and seemd to be at its maximum intensity on Sunday, 2 March 2003 as seen in this SeaWiFS true color image. Phytoplankton Bloom in the Barents Sea A break in the clouds over the Barents Sea on August 1, 2007 revealed a large, dense phytoplankton bloom to the orbiting MODIS aboard the Terra satellite. Click on the above image for a larger view of the region. Dust from northern Africa often blows across the Mediterranean Sea as was hapenning again on August 19th, 2004 when the above image was collected. Probably the most dominant oceanographic feature of the western North Atlantic Ocean is the Gulf Stream. Prince Edward Islands Plume

Visualising sustainability « Computing for Sustainability New (Dec 2011): “Sustainable Lens: A visual guide” published by NewSplash available through Amazon. How to convey the essence of sustainability in a few sketched lines? I’m wading through the net and my bookshelves to find examples of the genre. The list is not meant to be exhaustive, but if I’ve missed your favourite diagram, leave a link and I’ll add it to the list. In no particular order, here’s 100 125 137 158 179 188 218 255 of what I’ve found. 1. “This model recognises that the economy is a subset of society (i.e. it only exists in the context of a society), and that many important aspects of society do not involve economic activity. 2. This model is very very common (google search sustainability Venn). “There is some common ground where each of the circles converge, but the main priority in this model is the health of the economy. Venn diagrams coming together and showing changing dominance of sectors in a static animation. 3. 4. 5. 6. 7 Venn 3 with overlaps named (see also WKU) 8.

Climate Change, Deforestation, Biomes and Ocean Currents, Plankton, Endangered Species - Earth Web Site Click for more detail Thermohaline Change Evidence is growing that the thermohaline current may be slowed or stopped by cold fresh water inputs to the Arctic and North Atlantic oceans. This could occur if global warming is sufficient to cause large scale melting of arctic sea ice and the Greenland ice sheet. "Diatoms (a kind of phytoplankton) are estimated to "scrub" roughly as much CO2 from the atmosphere each year as all the world's rainforests. "Net primary productivity is the mass of plant material produced each year on land and in the oceans by photosynthesis using energy from sunlight. Population and consumption growth Infrastructure development (dams, urban growth, highways) Land conversion (deforestation, agriculture, urban growth) Overharvesting / overexploitation (overfishing, wasteful irrigation) Release of pollutants (human waste, agricultural / industrial chemicals, radioactivity) Introduction of exotic species (replacing and overwhelming indigenous species). 5

Retrofit with Earthship Biotecture | retrofit Retrofit Temperature Stabilization This involves three things. Existing homes can be veneered with a variety of insulations from urethane to straw bale and then replastered. Thermal mass can be strategically added to every space in a variety of ways. Ventilation can be set up for each room to bring air in low and out high as per natural convection without fans. If you live where heating is seriously needed, the solar greenhouse is a must for the entire southern sides of your home. If you have a huge home, you may want to retrofit only certain spaces that are most often used and let the others be used more when outside temperatures are milder and heating or cooling is not required anyway. Water Water in the conventional home is dependent on electricity. Both individual wells and community/municipal wells have pumps. Catch water systems can be built into conventional homes via roof catchment systems. This system will admit but not be dependent upon conventional water systems. Energy Sewage Food

Datasets | Science On a Sphere Playlist Builder ../ftp_mirror/atmosphere/lightning/media/thumbnail_small.jpg Annual Lightning Flash Rate Map dataset.php?id=6 Annual Lightning Flash Rate Map Description Before scientists had satellites to detect and measure lightning frequency, it was thought that there were globally 100 lightning flashes per second, an estimate that dates back to 1925. It is clear from this map that the distribution of lightning flashes around the world is uneven. Notable Features Highest lightning flash frequency is 159 flashes per year in Central Africa Florida has the highest flash frequency in the United States The color variation indicates the flash frequency according to the color bar Use lighting Details Media Preview Interactive Sphere View Movie ..