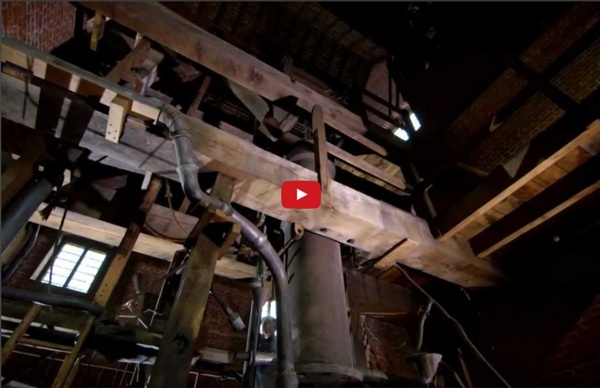 The Industrial Revolution Fossil Fuels, Steam Power, and the Rise of Manufacturing Abundant fossil fuels, and the innovative machines they powered, launched an era of accelerated change that continues to transform human society. Smokestacks in Pittsburgh, Pennsylvania, 1890s © Bettmann/CORBISThe Transformation of the World Try to imagine what your life would be like without any machines working for you. Make a list of the machines in your household and on your person; you may arrive at a surprising number. The Source-Child Labor The Source Source Home l Introduction l Connecting to Illinois l Places to Go Primary Sources to See TPS EIU Staff Pick l Primary Sources in the Classroom l loc.gov l PDF with Images This publication is created to be a source of information and inspiration for teachers as they incorporate Library of Congress digitized primary sources and resources into instruction by Teaching with Primary Sources at Eastern Illinois University. Child Labor

Childhood Lost - Child Labor During the Industrial Revolution Childhood Lost: Child Labor During the Industrial Revolution Introduction | Primary Sources and Analysis Tools Library of Congress Resources | Primary Source Set Choose a link below to access printable PDF versions of these materials including additional information, color images and citations.Childhood Lost:Child Labor During the Industrial Revolution Resource Booklet | Primary Source Set Introduction Historiographical debates A huge topic! Have a look at this fantastic site. The termThe term was first used in English by the historian Arnold Toynbee in 1884. However it had been used earlier by a French diplomat in 1799 who claimed that his own country had already embarked on ‘la révolution industrielle’. Clearly he saw this as a parallel to the political revolution in France.

Industrial Revolution Exclusive Videos & Features You're almost done! You will soon receive an activation email. Once you click on the link, you will be added to our list. If you do not receive this email, please contact us. To ensure delivery to your inbox, add us to your address book. Remarkable Photos of Child Labor During the Industrial Revolution - Cube Breaker The industrial revolution brought about swift, significant change to life as the people of the time knew it. Workers once used to subsistence farming in rural areas moved to cities to work in factories in droves. The rapid movement was not without strife. Conditions were dirty, crowded, and often extremely dangerous. The soaring rise in production levels could not adequately be met by adults and desperate parents struggling to survive and put food in their children’s mouths put them to work alongside them in the factories.

Coal and the Industrial Revolution As of 1860, the United States was an industrial laggard. Great Britain, France, and Germany each produced more goods than their transatlantic counterpart. By 1900, however, U.S. industrial production exceeded "the combined manufacture of its three main rivals." Why, and with what consequences?