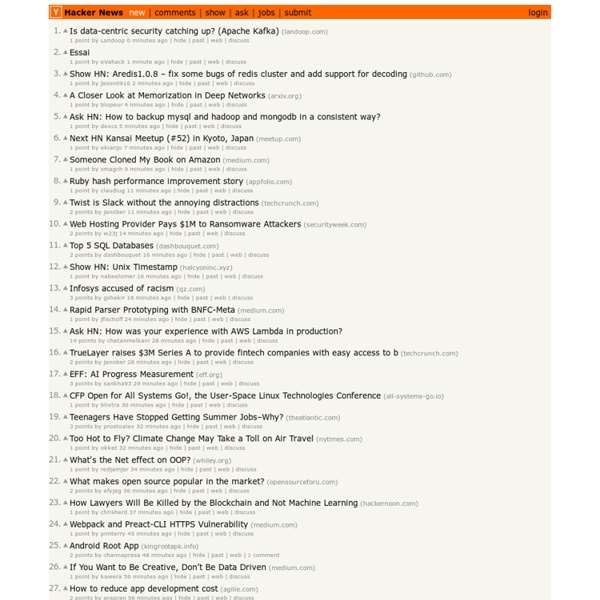 Le Post - info, buzz, d 2X Entrepreneur Turned Venture Capitalist | Both Sides of The Table Curation Becomes Social: Pearltrees Launches 'Team' Version Posted by Tom Foremski - December 7, 2010 [For much of this year I have been working with Pearltrees, which offers a visual web site curation service based on the visual metaphor of 'pearls' please see below for an example.] Pearltrees this week launched a "Team" version of its curation service that allows groups of people to collaborate on curating a topic. Alexia Tsotsis at Techcrunch reported: Ideally this goes down as such: You really care about fashion so you search for fashion in the Pearltrees search box and are confronted with really elaborate visual cluster displays of fashion blogs, each blog its own “pearl.” Pearltrees is part of a growing number of companies that offer curation services. In addition, pre-fetching of web site content means that it is possible to browse a Pearltree faster than surfing from site to site. At the Le Web conference in Paris this week, Pearltrees will demonstrate a version that uses a touch interface. Please see: Curation And The Human Web...

Cool Websites | The Coolest Sites on the Web How to Auto Export Firefox 3 bookmarks to bookmarks.html? If you are new here, Subscribe to Full Feeds or by Email or follow us in Twitter and receive free daily updates on Office and Windows Tips, Tricks and Tweaks.. After writing my previous post ( Understanding How and Where Firefox 3 Bookmarks are saved? ), I have been playing with all the different settings in Firefox 3. I mentioned that Firefox 3 saves the bookmarks in the database places.sqlite and not in bookmarks.html . In Firefox 2, one can get all the bookmarks in bookmarks.html which allowed to export and sync with other browsers or other machines very easily. However, this is only one way and it cannot be made to sync at all times if you try to auto export bookmarks from bookmarks.html to places.sqlite . To change the settings, Type about:config in the Firefox 3 address bar. Click Ok when it gives the warning (and be careful Type bookmarks in the filter and search for browser.bookmarks.autoExportHTML The value will be false by default and double click to change the setting to true .

Blogs - Les Echos A VC LittleBigPlanet LittleBigPlanet, commonly abbreviated LBP,[1] is a puzzle platform video game series created by Media Molecule and published by Sony Computer Entertainment on multiple PlayStation platforms. The series follows the adventures of Sackboy and has a large emphasis on gameplay rather than being story-driven. All of the games in the series put a strong emphasis on user-generated content and are based on the series' tagline "Play, Create, Share". Tarsier Studios, Fireproof Studios and Supermassive Games also contribute to the development of the PlayStation 3 games, creating in-game assets including costumes, backgrounds and stickers.[3] Gameplay[edit] The core mechanics of the series revolve around its tagline "Play, Create, Share". Play[edit] The Play component involves players taking control of Sackboy and navigating him through various levels. Create[edit] Share[edit] Setting[edit] Games[edit] Main Series[edit] LittleBigPlanet (PlayStation 3)[edit] LittleBigPlanet (PlayStation Portable)[edit]

Top 101 Cool Websites: What’s Interesting So Far In 2014 « The @allmyfaves Blog: Expert Reviews about Cool New Sites Posted on Thursday, July 10th, 2014 by Ilanie Bounik Feast your eyes with the 101 best websites of 2014! On this list you’ll find only the coolest websites on the Internet! Sit back, relax, and enjoy the best cool websites on the web! 101 Coolest Websites of 2014! 2014 has been an extremely productive year so far, providing us with tons of awesome services and exiting cool websites. Fan.tv Fan.tv combines various media platforms such as Hulu and Netflix to allow users to find the best online destination to stream TV or movies online. Good.co Good.co is a website that offers career and lifestyle advice after determining a user’s workplace personality type. « Evergig: Every concert, At Your Fingertips. | Top 10 Online Games of the Week: Vamp’s Revenge, GunFox VS.

Understanding How and Where Firefox 3 Bookmarks are Saved? If you are new here, Subscribe to Full Feeds or by Email or follow us in Twitter and receive free daily updates on Office and Windows Tips, Tricks and Tweaks.. With the advent of Firefox 3, everybody is talking about the new bookmark system. Most like it, while some don’t. But the major confusion among the new people who have started using Firefox 3 is the question, where are the Firefox 3 bookmarks stored or saved? Where were bookmarks saved before? In Firefox 2, the bookmarks were stored in bookmarks.html file under C: Users –><User Name> –> AppData –> Roaming –> Mozilla –> Firefox –> Profiles –> (some random characters.default ex 2xd8htj.default) –> Bookmarks.html Even though you find this file in Firefox 3, you may find that it doesn’t have the latest bookmarks you have added in Firefox. Where are bookmarks saved in Firefox 3 now? It stores both the bookmarks and the history as the database with the help of SQLite. So what is JSON and what has to do with Bookmarks?

Infoguerre Elad Blog Trolls Pounce on Facebook?s Tahrir Square | Danger Room Cairo’s Tahrir Square is a war zone, thanks to Egyptian President Hosni Mubarak’s goon squad. But the crackdown isn’t limited to physical spaces where the protest movement congregates. Ever since Mubarak restored internet service on Wednesday, the most important dissident Facebook page has seen a curious flood of pro-regime Wall posts, sowing disinformation. Some of the new up-with-Mubarak commentary at the Facebook page We Are All Khalid Said is classic concern-trolling: people wringing their hands over how Egypt’s dictator deserves better than calls for his downfall. It’s hard not to see the trolling as part of a larger effort by Mubarak’s allies to win the propaganda battle surrounding Egypt’s unrest. A sampling of pro-Mubarak posts on Thursday: “I’m sad that I was one of you,” Tamir Said hissed. Bokhary didn’t specify whether he meant the administrator or the page’s namesake, an Alexandria blogger beaten to death by police. We Are All Khalid Said is an organizing hub. See Also: