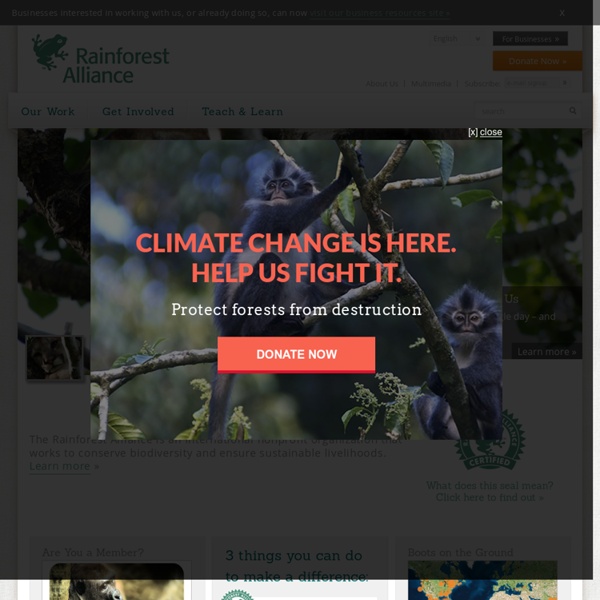 Resource – Yr7 Tropical Rainforest SoW This week I was thinking about a lot of the resources I’ve developed over the last two years in my previous role as Head of Humanities. Since I won’t be needing many of them in my new role and school thought I’d start sharing the full schemes of work I’ve put together. A choice from the Homework Menu During Key Stage 3, students covered one extreme environment each year in Geography starting with the Tropical Rainforest. The TRF was ideal for year 7 as some have had some knowledge of it already from primary school which meant they could begin to see success from the beginning of the topic but found they were challenged to develop their understanding as we went through the topic.

Stockholm Convention (POPs) Schedule and registration Objectives Increasing Parties’ knowledge on existing guidance to update NIPs, Parties’ understanding of HBCD and other POP-PBDEs listed, and Parties’ capacity to make inventories of POP-PBDEs, as part of the NIP update. Contents The importance of urban forests: why money really does grow on trees The skyline along Manhattan’s Upper Fifth Avenue, where it flanks Central Park, is dominated by vast, verdant clouds of American elm trees. Their high-arched branches and luminous green canopies form – as historian Jill Jones puts it – “a beautiful cathedral of shade”. When she started researching her new book, Urban Forests, she’d have struggled to identify the species – but now, she says, “when I see one, I say ‘Oh my goodness, this is a rare survivor,’ and deeply appreciate the fact that it’s there.” The American elm was once America’s most beloved and abundant city tree. It liked urban soil, and its branches spread out a safe distance above traffic, to provide the dappled shade that cities depended on before air conditioning. Now, however, most of the big, old elms have been wiped out by Dutch elm disease.

INCR (Investor Network on Climate Risk (Ceres)) The Investor Network on Climate Risk (INCR) is a network of more than 119 institutional investors representing more than $14 trillion in assets committed to addressing climate change and other key sustainability risks, while building low-carbon investment opportunities. INCR includes the largest institutional investors in North America as well as leading religious and labor funds, asset managers and socially responsible investment funds. In 2013, INCR turned 10 years old, celebrating a decade of investor action on climate risk. Watch the video below to hear from founding members, Ceres staff and other financial leaders about the impact that investors had on corporate responses to climate change, policy advances addressing climate risk and the global movement to mobilize investors to reduce climate change risks from their portfolios. Learn about INCR's major achievements over the first 10 years. INCR members are:

Illegal deforestation for 'sustainable' chocolate continues in Peru Tucked away in northeastern Peru, a huge cacao plantation has been taking shape over the past few years. Touted by industry as a source for “sustainable” chocolate, critics say it has displaced thousands of hectares of primary rainforest and data show that it is continuing to grow- despite government orders to cease its development. The plantation is located about 20 miles (32 kilometers) up the Amazon River from Iquitos, the largest city of Department of Loreto.

If the palm oil industry waited for consumers to care, sustainability would get nowhere Palm oil is the most-used vegetable oil in the world, accounting for some 65% of all vegetable oil traded, and is found in everything from washing powder to breakfast cereals. Global production has doubled over the past decade and is set to double again by 2020. But oil palm trees only grow in tropical areas, and vast monocrops are rapidly destroying virgin rainforests and peatland. Ecosystem collapse, air pollution and species extinction have followed. Global action to reverse these trends has been led by the certification scheme, the Roundtable on Sustainable Palm Oil (RSPO).

Greenpeace rates consumer goods giants' no-deforestation progress Most consumer goods giants with commitments to eliminate deforestation from their palm oil supply chains are “moving far too slowly,” according to a new Greenpeace scorecard that rates their progress. The NGO surveyed 14 global companies and assessed them based on three criteria: responsible sourcing, transparency and industry reform. Nestle and Ferrero scored the highest, while Colgate-Palmolive, Johnson & Johnson and PepsiCo fared the worst. Danone, General Mills, Ikea, Kellogg, Mars, Mondelez, Orkla, P&G and Unilever were in the middle.

Forest-burning is a sin, says Indonesian fatwa Image copyright AFP Indonesia's highest Islamic authority has said it is a sin for people to deliberately burn forests to clear the land for growing crops. Illegal slash-and-burn farming has devastated large areas of Indonesia and causes air pollution which affects countries around the region. Indonesia has repeatedly been accused of not doing enough to stop it. We are destroying rainforests so quickly they may be gone in 100 years If you want to see the world’s climate changing, fly over a tropical country. Thirty years ago, a wide belt of rainforest circled the earth, covering much of Latin America, south-east Asia and Africa. Today, it is being rapidly replaced by great swathes of palm oil trees and rubber plantations, land cleared for cattle grazing, soya farming, expanding cities, dams and logging.

Hydropower dams worldwide cause continued species extinction New research led by the University of Stirling has found a global pattern of sustained species extinctions on islands within hydroelectric reservoirs. Scientists have discovered that reservoir islands created by large dams across the world do not maintain the same levels of animal and plant life found prior to flooding. Despite being hailed as conservation sanctuaries that protect species from hunting and deforestation, islands undergo sustained loss of species year on year after dam construction, a pattern otherwise known as 'extinction debt'. These findings represent a significant environmental impact that is currently missing from assessment procedures for proposed new dams. Isabel Jones, PhD researcher at the University and Lead Author, said: "We found a devastating reduction in species over time in the majority of reservoir islands we studied. Loss of species was investigated over a period of less than one year to over 90 years from when islands were created by reservoir filling.

Dams be damned, let the world's rivers flow again Fifty years ago, environmentalists and dam builders in the United States were locked in a bitter battle. Dam building had swept the nation in the 1940s and 1950s, blocking and impounding some of the most important rivers of the American west. On the Snake river (where controversies about dams continue to this day), dam construction had led to a massive fish kill and decimated salmon and steelhead runs. Frank Church, a senator from the state of Idaho, originally supported the dams. But having seen the environmental damage they created, he spoke out for rivers.

*****REDD: Indigenous peoples in Colombia play crucial role in the fight against climate change Elizabeth Apolinar enjoys her job as a lawyer in the bustling center of Bogotá these days. But now and then she misses the traditional life she used to lead deep in the heart of the Colombian jungle. Apolinar is originally from a community called the Sikuani. The Sikuani people are a pueblo indigena, an indigenous people, one of about 100 indigenous ethnic groups in Colombia.