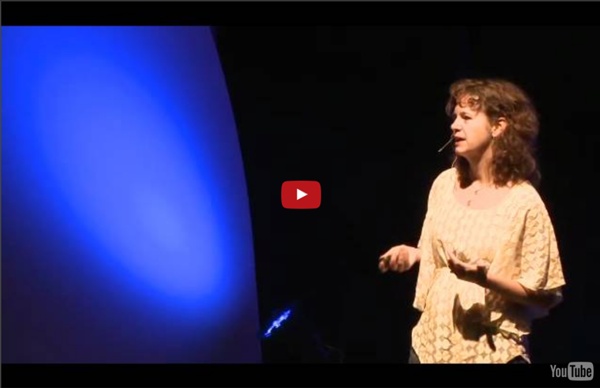 The Paradigm Shift of Systems Theory I. The Perspective of Systems Theory and its Relationship to the Traditional Mainstream Sciences, and its Approach to Mental Illness “Systems theory” is the name given to both a broad perspective and a large body of knowledge which has formed through the original efforts of many men and women in the last century, all of whom were working under the impulses of an important epistemological paradigm shift. That shift- the implications of which are too numerous and transformative to state or explain adequately in one place- was from the causal/linear and reductionist perspective that had largely dominated scientific thinking in their time, to an interactional perspective that explored reality in important new ways. From the perspective of the traditional sciences, the paradigm shift of systems theory was and is both radical and subversive. A Radical Shift Running for Cover To these pained souls, responses can be given. The Myth of Mental Illness But where is the problem? II.

Make it Obsolete « Essays « Pete Michaud “You never change things by fighting the existing reality. To change something, build a new model that makes the existing model obsolete.” - Buckminster Fuller Fuller was, among many other interests, a systems theorist. When he said you have to make parts of a system obsolete to change anything he was talking about social change, and perhaps market changes. You can’t just kill the Big Four record companies by beating them at their own, rigged game. But this insight doesn’t only apply to society or markets. If you want change, don’t fight yourself. The parts of you that procrastinate and overeat are part of the system because they serve a useful function. Once you do that the old part will fall by the wayside effortlessly. If procrastination is a defense mechanism against failure, and overeating is a surrogate for self-esteem, then embracing failure and finding a real reason to love yourself will make those symptoms evaporate.

State-space representation In control engineering, a state-space representation is a mathematical model of a physical system as a set of input, output and state variables related by first-order differential equations. "State space" refers to the space whose axes are the state variables. The state of the system can be represented as a vector within that space. To abstract from the number of inputs, outputs and states, these variables are expressed as vectors. Additionally, if the dynamical system is linear, time-invariant, and finite-dimensional, then the differential and algebraic equations may be written in matrix form.[1][2] The state-space representation (also known as the "time-domain approach") provides a convenient and compact way to model and analyze systems with multiple inputs and outputs. With inputs and outputs, we would otherwise have to write down Laplace transforms to encode all the information about a system. State variables[edit] Linear systems[edit] inputs, outputs and where: is the "input matrix", ). .

Feedback "...'feedback' exists between two parts when each affects the other."[1](p53, §4/11) A feedback loop where all outputs of a process are available as causal inputs to that process "Simple causal reasoning about a feedback system is difficult because the first system influences the second and second system influences the first, leading to a circular argument. In this context, the term "feedback" has also been used as an abbreviation for: Feedback signal – the conveyance of information fed back from an output, or measurement, to an input, or effector, that affects the system.Feedback loop – the closed path made up of the system itself and the path that transmits the feedback about the system from its origin (for example, a sensor) to its destination (for example, an actuator).Negative feedback – the case where the fed-back information acts to control or regulate a system by opposing changes in the output or measurement. History[edit] Types[edit] Positive and negative feedback[edit] Biology[edit]

Dynamical system The Lorenz attractor arises in the study of the Lorenz Oscillator, a dynamical system. Overview[edit] Before the advent of computers, finding an orbit required sophisticated mathematical techniques and could be accomplished only for a small class of dynamical systems. For simple dynamical systems, knowing the trajectory is often sufficient, but most dynamical systems are too complicated to be understood in terms of individual trajectories. The systems studied may only be known approximately—the parameters of the system may not be known precisely or terms may be missing from the equations. History[edit] Many people regard Henri Poincaré as the founder of dynamical systems.[3] Poincaré published two now classical monographs, "New Methods of Celestial Mechanics" (1892–1899) and "Lectures on Celestial Mechanics" (1905–1910). Aleksandr Lyapunov developed many important approximation methods. Stephen Smale made significant advances as well. Basic definitions[edit] Examples[edit] Flows[edit] , with

THE GENERAL SYSTEM? REVIEWED by Charles Francois, Editor, International Encyclopedia of Cybernetics and Systemics By Thomas Mandel "A human being is part of the Whole...He experiences himself, his thoughts and feelings, as something separated from the rest...a kind of optical delusion of his consciousness. This delusion is a kind of prison for us, restricting us to our personal desires and to affection for a few persons nearest us. Our task must be to free ourselves from this prison by widening our circle of compassion to embrace all living creatures and the whole of nature in its beauty. "My friend, all theory is gray, and the Golden tree of life is green." It is time we, especially we in the systems movement, stop fighting amongst ourselves. "In contrast to the mechanistic Cartesian view of the world, the world-view emerging from modern physics can be characterized by words like organic, holistic, and ecological. The subject of a General Principle, a.k.a. Around 585 B.C. IS THERE A GENERAL SYSTEM?

Systems Thinking, Systems Tools and Chaos Theory © Copyright Carter McNamara, MBA, PhD, Authenticity Consulting, LLC. Adapted from the Field Guide to Consulting and Organizational Development and Field Guide to Consulting and Organizational Development with Nonprofits. Three of the biggest breakthroughs in how we understand and successfully guide changes in ourselves, others and organizations are systems theory, systems thinking and systems tools. To understand how they are used, we first must understand the concept of a system. Many of us have an intuitive understanding of the concept. However, we need to make that intuition even more explicit in order to use systems thinking and systems tools. Sections of This Topic Include Basics -- Definitions - - - What's a System? Also seeRelated Library Topics Also See the Library's Blogs Related to Systems Theory, Chaos Theory and Systems Thinking Definitions: Systems, Systems Theory, Systems Thinking, Tools What's a System? Systems range from simple to complex. A pile of sand is not a system.