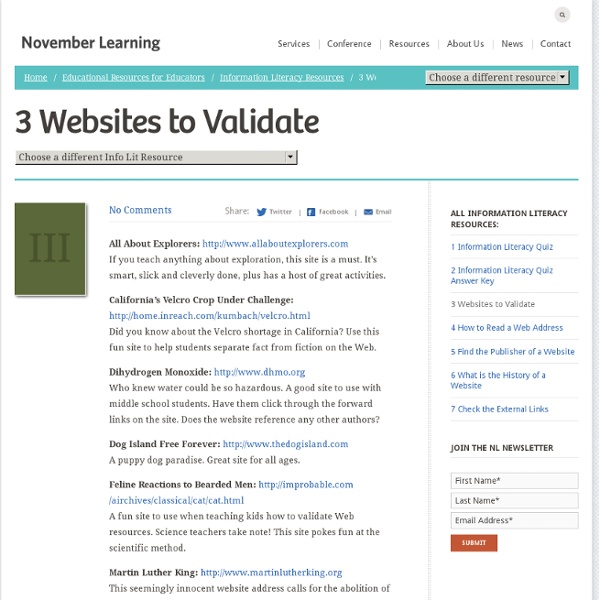 l.php?u= Help Save The ENDANGERED From EXTINCTION! The Pacific Northwest Tree Octopus Rare photo of the elusive tree octopus (Enhanced from cropped telephoto) The Pacific Northwest tree octopus (Octopus paxarbolis) can be found in the temperate rainforests of the Olympic Peninsula on the west coast of North America. An intelligent and inquisitive being (it has the largest brain-to-body ratio for any mollusk), the tree octopus explores its arboreal world by both touch and sight. Map of estimated tree octopus maximum range, including spawning waters Tree octopuses have eyesight comparable to humans. The reproductive cycle of the tree octopus is still linked to its roots in the waters of the Puget Sound from where it is thought to have originated. Why It's Endangered Route 101, separating the rainforests of the Olympic Peninsula from Hood Canal The possibility of Pacific Northwest tree octopus extinction is not an unwarranted fear. Tree Octopus hat from 1923 How You Can Help More Tree Octopus Information

Share Book Recommendations With Your Friends, Join Book Clubs, Answer Trivia School Libraries: Are They Relevant in the Age of Google? Over the past 10 years, the number of schools that have trained teacher-librarians has declined dramatically. While many reasons for this drop exist, the primary culprit is school budget cuts. But with the advance of the Internet and e-books, many district and school leaders are asking questions: Do school libraries, and librarians, really matter? Have Google and the abundance of digital devices made libraries and librarians unnecessary? These are fair questions, and librarians — and their libraries — must make a valid case for their ongoing existence. Dynamic public libraries are reinventing themselves to remain relevant to their communities. There are some great opportunities for the new school library. Digital Research Resources. But if a school is considering the new learning commons model, it will require more than just a digitally astute, collaborative and hard-working librarian to create and staff it.

News and Social Media - General Issues Research - LibGuides at Manheim Central School District "Alternative facts": Phrase used by used by Kellyanne Conway, U.S. Advisor to President Trump, when explaining discrepancies of attendees reported at inaugural events.Born digital: Content found on the internet that has not been published in print.Clickbait: Digital content that uses persuasive tactics and inflammatory language to attract visitors to a site. ​ Language Center The aim of this leaflet This leaflet provides information on why pronunciation problems may occur and specific sounds in English that Cantonese speakers may have difficulty with. Why problems occur Pronunciation problems happen when speaking a second language because most people are used to hearing and making sounds which only exist in their mother tongue. There are many sounds in Cantonese and English that are similar. To make language sounds we move our jaw, tongue, lips, and the vocal cords in our throat in a number of different ways. How do you solve the problems? Here are a few suggestions on how to train your brain: Learn to recognise that there are differences between some English sounds and some Cantonese sounds. Practise moving your jaw, tongue, lips etc. as correctly as possible so that you are able to make the problematic English sounds clearly. Many of the materials listed on P3 give explanations and show pictures of where to put your tongue or how to move your lips etc.

About Boilerplate | Big Red Hair Boilerplate: History’s Mechanical Marvel, ostensibly the biography of a 19th-century robot soldier, is an illustrated hardcover book that deftly blends historical fiction with science fiction. It dramatizes formative events at the dawn of the 20th century through tales of the robot and its inventor, Archibald Campion, who thinks his machine can “prevent the deaths of men in the conflicts of nations.” Boilerplate charges into combat alongside Teddy Roosevelt and Lawrence of Arabia, builds railroads in Africa, makes silent movies, and more, all while hobnobbing with the likes of Mark Twain and Nikola Tesla. Also featured as a supporting character is Archie's friend Frank Reade Jr., hero of dime novels and of our companion book Frank Reade: Adventures in the Age of Invention. Paul came up with the concept for Boilerplate long before we did this book. Boilerplate art prints, comics, and other merchandise may be purchased from our online shop. “A tour de force” —Publishers Weekly [more]

HSC : All My Own Work :: Home Year of the Learning Commons Learning Commons: the Center of Participatory Learning and School Improvement Continuing their long service to children, teens and teacher, teacher librarians are developing new ways to not only support the consumption of knowledge through great collections in many formats but are encouraging everyone to create knowledge in the new world of information, technology, and the challenges of school improvement. Major changes to traditional school libraries include the reinvention of physical space that meets the needs seeking a physical space that adapts to what they need at any given time. Digital resources and collaborative learning happens 24/7 in the Virtual Learning Commons Where learners can link to opportunities and work with others across the world.