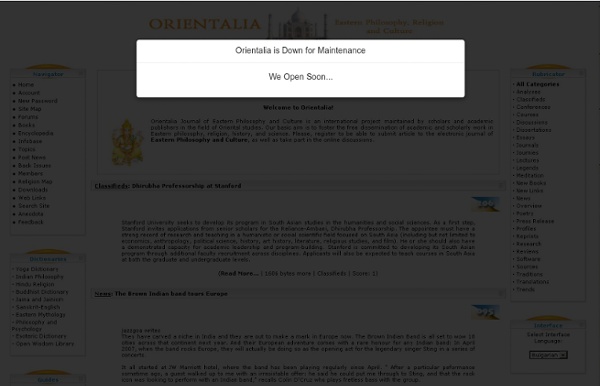 noble eightfold path The Noble Eightfold Path describes the way to the end of suffering, as it was laid out by Siddhartha Gautama. It is a practical guideline to ethical and mental development with the goal of freeing the individual from attachments and delusions; and it finally leads to understanding the truth about all things. Together with the Four Noble Truths it constitutes the gist of Buddhism. Right view is the beginning and the end of the path, it simply means to see and to understand things as they really are and to realise the Four Noble Truth. While right view refers to the cognitive aspect of wisdom, right intention refers to the volitional aspect, i.e. the kind of mental energy that controls our actions. Right speech is the first principle of ethical conduct in the eightfold path. The second ethical principle, right action, involves the body as natural means of expression, as it refers to deeds that involve bodily actions.

Buddhism and the Brain Credit: Flickr user eschipul Over the last few decades many Buddhists and quite a few neuroscientists have examined Buddhism and neuroscience, with both groups reporting overlap. I’m sorry to say I have been privately dismissive. One hears this sort of thing all the time, from any religion, and I was sure in this case it would break down upon closer scrutiny. When a scientific discovery seems to support any religious teaching, you can expect members of that religion to become strict empiricists, telling themselves and the world that their belief is grounded in reality. They are always less happy to accept scientific data they feel contradicts their preconceived beliefs. But science isn’t supposed to care about preconceived notions. Despite my doubts, neurology and neuroscience do not appear to profoundly contradict Buddhist thought. Buddhists say pretty much the same thing. Mr. Although I despaired, I comforted myself by looking at the overlying cortex. The next day Mr.

Japanese Zen Buddhist Philosophy 1. The Meaning of the Term Zen The designation of this school of the Buddha-Way as Zen, which means sitting meditation, is derived from a transliteration of the Chinese word Chán. Because the Chinese term is in turn a transliteration of the Sanskrit term dhyāna, however, Zen owes its historical origin to early Indian Buddhism, where a deepened state of meditation, called samādhi, was singled out as one of the three components of study a Buddhist was required to master, the other two being an observation of ethical precepts (sīla) and an embodiment of nondiscriminatory wisdom (prajñā). Meditation was picked as the name for this school because the historical Buddha achieved enlightenment (nirvāna) through the practice of meditation. In the context of Zen Buddhism, the perfection of nondiscriminatory wisdom (Jpn.: hannya haramitsu; Skrt.: prajñāpāramitā) designates practical, experiential knowledge. 2. 3. 3.1 The Adjustment of the Body 3.2 The Adjustment of Breathing 4. 5. 6. 7. 8. 9.

pudgalavada The Pudgalavāda was a group of five of the Early Schools of Buddhism. The name arises from their adherents’ distinctive doctrine (vāda) concerning the self or person (pudgala). The doctrine holds that the person, in a certain sense, is real. To other Buddhists, their view seemed to contradict a fundamental tenet of Buddhism, the doctrine of non-self. However, the Pudgalavādins were convinced that they had had preserved the true interpretation of the Buddha’s teaching. Although now all but forgotten, the Pudgalavāda was one of the dominant traditions of Buddhism in India during the time that Buddhism survived there. It seems, then, that they thought of some aspect or dimension of the self as transcending the aggregates and may have identified that aspect with Nirvana, which like most early Buddhists they regarded as an eternal reality. Table of Contents 1. 2. But this interpretation of the Buddha’s teaching also involves certain difficulties. 3. 4.