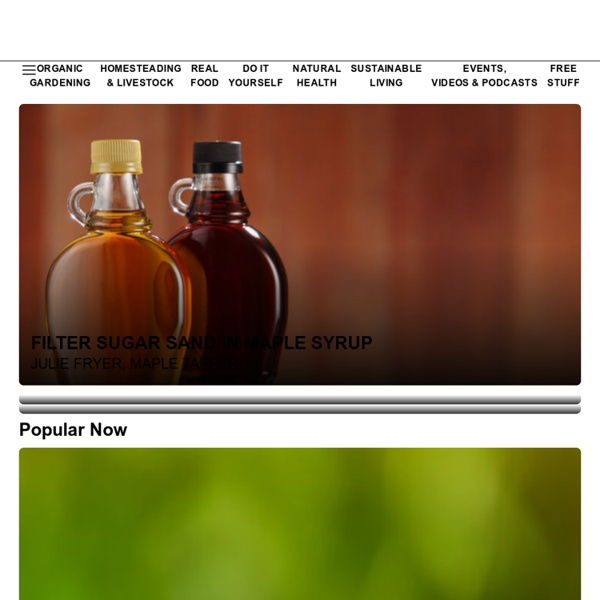 Making Sun-Dried Tomatoes in a Solar Food Dehydrator - Hands On and How To I love all forms of food preservation. I also love reducing my environmental footprint whenever possible. I’ve often thought about the energy involved in canning, freezing and using my electric food dehydrator to save my summer garden harvest for wintertime eats. For me, a solar food dehydrator is the best of both worlds: I can dry food using the free, renewable energy of the sun (unlike the energy needed to boil water for my canner or run my electric food dryer), and my resulting dried food can be stored without any added energy (unlike the frozen foods in my freezer). I’ve studied and dreamed about the plans on our site to build a solar food dehydrator for a couple of years now, but I was always stymied by my lack of DIY skills. All told, building this solar food dehydrator took me about 5 hours. Anxious to test out my handiwork, and hopeful despite the short, cool days we were already experiencing here in mid-October, we set the solar food dehydrator out on Oct. 24, at 10 am.

The Universal Packing List From Baghdad to Chicago: Rezko and the Auchi empire From WikiLeaks JOHN A. SHAW (Opinion: former senior official of US Defense, State, and Commerce departments)October 10, 2008 Barack Obama has been appropriately strident in his condemnation of the mortgage-based financial corruption which nearly led to the collapse of the investment banking system in the United States. But there are some strong smelling financial skeletons in his own closet. Auchi is suave, cosmopolitan, brilliant, and ruthless, and he has bottomless pockets. Auchi has claimed to have been "a visitor to two White Houses", and his London web site flashes a picture of him at the Clinton White House between Bill Clinton and Al Gore (a long way from his early days with Saddam Hussein as part of a Baathist assassination squad.) Rezko had identified Obama as a good political target before he graduated from Harvard Law School. As the Wall Street Journal showed several weeks ago, Obama has been anything but forthcoming about his real relationship with Rezko and Auchi. John A.

Starting Seeds Indoors | My Square Foot Garden Starting seeds indoors can be a fun way to garden while the weather is still cold and dreary. If you are a beginner, skip this step and just buy your plants! Supplies: Your garden planPotsPotting soilScissorsBucketSeedsPencilLabels and permanent markerStorage containers with lidsGrow lightsHeat lampTimer that turns lights on and off Be sure your pots and potting soil are sterilized so you don’t spread disease to your new plants. Refer to your garden plan to determine how many plants I you need to start. Put some potting soil in the bucket and add water until it is moist, but not sopping wet. Poke a hole in the middle of each pot with your pencil, and drop in 2-3 seeds. Place your pots in a storage container and cover with the lid. After the seeds germinate, remove the lid keep them 1 or 2 inches under the grow lights. Direct a soft fan at the plants to simulate wind and provide resistance.

WellPreserved.ca This article is part of a six-part series based on our experiences at and after) Terroir VI. Terroir is a gathering of the Hospitality Industry (mostly from Toronto but there is National representation in the audience) which is a full-day symposium held every April and brings some of the best speakers from around the city, country and the planet to discuss food and it’s future as it relates to that industry. For all of the articles in the series, click out link to Terroir 2012. This was the third time we had the privilege of attending Terroir and I arrived waiting for “the moment.” I knew it would happen, I just didn’t know when. In 2010, the moment occurred when Chef David Kinch introduced me to Umami and declared that his team assessed every dish for the presence of Umami and, if it was missing, they found a way to introduce it to the recipe. What do these moments have in common? This years “moment” came from Tama Matsuoka Wong. Tama is the forager for Daniel in New York City.

Be a macgyver: coolest fire making tricks « Baby Einstein Below I assembled a list of the absolute coolest ways to make fire, when you have just a couple of weird items! If you’re alone in the desert, playing ‘survivor’ with your friends or just wanna impress some girls – this is perfect for you. Also, there’s some very interesting scientific stuff in there, which I’ll expand about later in greater detail. Well, without further ado, here it is – the coolest ways to make fire: 1How to unlock iphone 3g: potatoes are great. They’re very tasty, and apparently quite helpful when it comes to making fire. 2. 3. 4. 5. That’s it, now go burn up your house! check this cool way that i found to hack myspace here is a way you can view private myspace profiles. Like this: Like Loading...

Bill and Hillary Clinton snub to Gores over Chelsea wedding? | A Did the Clintons snub Al Gore and Tipper by not inviting them to daughter's Chelsea's wedding? We know for certain that Al and Tipper are not going, yet Al had told a reporter a few days ago that he had talked to the former president recently and was " looking forward to Chelsea's wedding - that's a happy occasion," Now they are not going to the celebration, being held in Rhinebeck, New York. "The Gores are not attending the wedding," family spokeswoman Kalee Kreider said in a statement. The wedding is limited to 400 guests and the question is whether Al and Tipper were among those invited to begin with. Given Al's problems with a certain Irish American masseuse lady called Molly Hagerty in Portland it is not surprising they would want to keep out of the limelight these days. For the Clinton's it must be an odd vindication to see Gore's marriage break up and theirs remains rock solid. Who's sorry now?

Growing Tomatoes from Seed - Tips for Growing Tomato Plants from Seed Why grow tomatoes from seed? There are always plenty of tomato plants for sale at local garden centers, but for the largest variety you will need to consider growing tomatoes from seed. Since tomatoes are heat lovers, most gardeners don't have growing seasons long enough to start tomatoes from seed outdoors. To get around that, tomato seeds are often started indoors, under lights. A word of caution, it's easy to get carried away buying tomato seeds. 1. Photo: JohnMason / stock.xchng If you choose to grow tomatoes from seed, here are some considerations: Organic Seed - Look for certified organic seed. 2. Photo: © Marie Iannotti Tomato SeedsContainers - Any small pot or container, at least 3 inches deep, will suffice, as long as it has drainage holes at the bottom. 3. Tomato seed germinates fairly quickly, within 5-10 days. Keep in mind that the warmer your seedlings are kept and the more light they are given, the faster they will grow. 4. 5. 6. Light is critical now. 7. 8. 9. 10.

Plastic-Free Food Storage Alternatives Many people who commented on our Beyond BPA post last week feel that completely eliminating plastic from our lives is a frustrating, unattainable and maybe even unnecessary goal. That may be true, but it doesn't hurt to at least reduce the amount of plastic and disposables that we come in contact with everyday. There are a number of beautiful, stylish alternatives to commonly used plastic items that are worth checking out. See our list below the jump. Plastic water bottle alternative: Try bottles from Klean Kanteen, which are made from lightweight, food-grade stainless steel. Plastic food storage alternative:Weck jars are made of glass, metal and rubber. Also, many people are turning to the stainless steel tiffin as a way to carry food. Plastic baggie alternative:For dry goods and produce, try Origami Cloth Sacks, featured here several months ago. Plastic wrap: Good old fashioned waxed paper will do in many cases. Related: Have Jar, Will Travel: Best Ideas for Meals in a Jar

The 30th Annual MacGill Summer School: Reforming the Republic: Issues of Politics, Economics & Accountability « politicalreform.ie The Summer School will analyse the political, economic and administrative systems that have allowed our economy to be brought to its knees and will propose solutions. The nature and structures of our parliamentary democracy and our political culture will come under particular scrutiny. Questions will be asked as to how and why our political and economic institutions were unable to foresee the extent of the current crisis or were incapable of taking or were unwilling to take measures that might have diminished the gravity of it. In the wake of the publication of the Honohan report and of the Regling/Watson report there is no longer any doubt but that this crisis is a domestic crisis fuelled by excessive and reckless foreign borrowing by our financial institutions which was used to fund an out of control construction industry at the expense of other sectors of the economy. Joe Mulholland, Director. More details here. Like this: Like Loading...