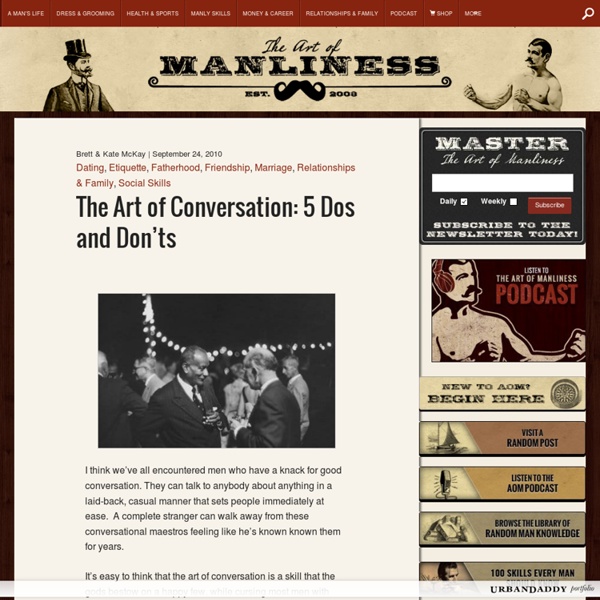 Why the Art of Conversation Is Key to Sharing When Jason Simon graduated college, he had little tolerance for others’ beliefs. In hindsight, he pointedly observes, “I was inexperienced and lacked confidence. I thought I knew what truth was – what was in the best interest of humanity – and was resistant to other points of view.” Simon wasn’t aware of his close-mindedness or the effect it had on people until a close buddy told him, “Even your friends are intimidated. They’re afraid to be honest with you, afraid you’ll judge them.” To his credit, Simon did something about it. Jason Simon of Caffeinated Conversations. And today, at 30, he’s made a career out of it. Simon is right: conversation is everything. Conversation is the basic unit of human sharing. Conversation is the engine that drives relationships. Two women enjoying a bit of sun, conversation, and coffee at Madame Rourkes Coffee Shop. Conversations tell us who we are. At its best, conversation is a non-zero-sum game. Two boys talking.

The Art of Conversation: Timeless, Timely Do's and Don'ts from 1866 By Maria Popova Manners today are often seen as a quaint subject that belongs in Lord Chesterfield’s outlandish advice on the art of pleasing or Esquire‘s dated guide to dating. But in a culture where we regularly do online what we’d never do in person and behave offline in ways our grandparents wouldn’t have dared dream of even in their most defiant fantasies, there’s something to be said for the lost art of, if not “manners,” politeness and simple respect in communication. Martine contextualizes his mission: Politeness has been defined as an “artificial good-nature;” but it would be better said that good-nature is natural politeness. But he offers an important disclaimer: [Politeness] must be cultivated, for the promptings of nature are eminently selfish, and courtesy and good-breeding are only attainable by effort and discipline. Among Martine’s most timeless advice are his guidelines on the art of conversation, to which an entire section of the book is dedicated. Be selective.

The Art of Conversation By Laine Bergeson and Courtney Helgoe / July/August 2012 On a sunny day last fall, Taylor Baldry set up a card table and three folding chairs on a well-traveled street corner in Minneapolis. He stationed a sandwich board nearby that announced “Free Conversations.” Almost immediately, a couple joined him, and they spent the next 20 minutes discussing ghost stories, a topic they selected from Baldry’s menu of conversation options, which on this day ranged from the weather and dinosaurs to “things you can do with an egg.” When the couple left, others sat down, and Baldry spent the afternoon chatting amiably with a steady stream of strangers, doing his part to restore the practice of in-person conversation. Since that October afternoon, Baldry, a performance artist, has taken his Conversationalist project to parks, theaters and other venues in the city, and has learned something about his fellow citizens: People are starved for authentic interactions. How to Start a Conversation Phone-gazing.

the art of conversation The Art of Conversation: Evening Talk | Wisconsin Institute for Discovery Good conversation lies at the heart of many collaborations and discoveries. But it’s not always easy to translate ideas to written and spoken words. At the Art of Conversation , WID’s Distinguished Scholars are bringing in national journalists, bloggers and successful scientists to lead engaging workshops and an evening talk to share tips on how to confidently and expertly portray science and ideas. Whether it’s making an elevator pitch, translating a research finding or experimenting with a science blog, participants will gain real-world skills they may not normally be exposed to in their professional training. Follow The Art of Conversation on our website or on Twitter #WIDArtConvo . Award-winning journalists reveal behind-the-scenes stories of how conversation leads to discovery. When: April 16, 2013, 7 p.m. Where: The H.F. Free and open to the public Featuring Peter Greenberg , distinguished scholar and travel editor, CBS News Jennifer Ashton , senior medical contributor, ABC News Dr.

The Art of Conversation | Johan Lundh Johan Lundh: When I asked you if I could interview you about the ‘art of conversation’, you mentioned that you had noticed a kind of fetish for the term ‘conversation’ in the mass media, which is partly perhaps why there is so much interest in the subject these days within the art world as well. Could you elaborate on this? Monika Szewczyk: I’m not sure if art has followed the mass media so directly in this case – that is if, in the art world, we (and I don’t want to take myself out of this equation) fetishize conversation for the same reason mass media do. I think, in the media, the fetish has a lot to do with some notion of interactivity and democratic participation. And with the telecom boom, calling back, emailing or posting to a television or radio station is increasingly easy and increasingly part of the ritual. If I’m starting to sound judgmental, it is on purpose. Johan Lundh: In a world infatuated with the concept of conversation, you seem rather skeptic about the idea itself.

TAOC - The Art of Conversation the art of conversation The Art Of Conversation. The first time I ever had a real conversation with a woman was in college. I had chatted with girls all through high school. I had exchanged some ideas, but never a full conversation. One thing led to another, and before I knew it, I was having my very first conversation. They say that you should never marry the first person with whom you ever converse. After Heidi, I ended up with an amazing conversationalist named Asa. Asa had her share of problems. Angela was just about the talking. When I came back I got involved with a girl from Geneva. Kristie was a dancer whom I never suspected was interested in speaking with me. Last I heard, Kristie was talking with another women and seemed happy about it. Since Kristie, I haven’t had a good conversation. That was the last time that I spoke with anyone.

The Art of Conversation | Talking about Purposeful Online Conversation in Communities Querki Development Journal Overheard in D.C.: The Art of Conversation Conversation is an art form, and while some people are good at it, other can be downright awful. They can be crass, judgmental and feel far too comfortable with their conversation companion far too early. And as the conversation below demonstrates, they can sometimes say things that just put an end to the conversation altogether. Overheard of the Week Sunday night before MLK, Jr. Day, a man a woman who don't know each other strike up a conversation while waiting in line for the Prince/Outkast dance party at the Black Cat Woman: Do you know the DJ here? We're only as good at publishing a weekly Overheard in D.C. as you are at eavesdropping and sending in what you hear. Hill Wisdom Some staffer bros are at a post-inauguration cookout and discussing the keys to media attention. One staffer: "They're always looking to write dog bites man stories. Also, in an embarrassed voice: "I admit it. Wanna Go Out? Boy: "Oooh a speed dating event!" Too Much Information "Sir, that's New York.