Conversational Narcissism: How to Avoid It 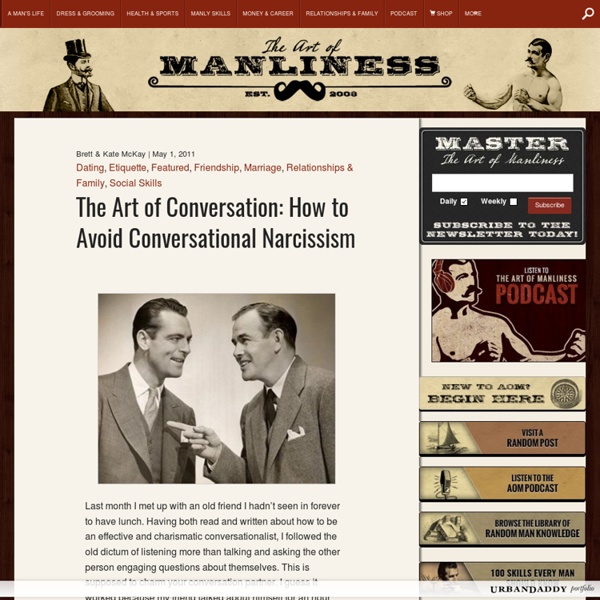 9 Qualities Of Truly Confident People 10 Adult ADHD Symptoms: Disorganization, Recklessness, and More Why do I need to register or sign in for WebMD to save? We will provide you with a dropdown of all your saved articles when you are registered and signed in. Many people think of rowdy kids who can’t sit still when they think of attention deficit hyperactivity disorder, or ADHD. What Causes Adult ADHD? While experts don’t know for sure what causes ADHD, they believe genes may play an important part in who develops attention deficit hyperactivity disorder. Unlike other psychiatric disorders, including anxiety and depression, ADHD doesn't begin in adulthood. 10 Problems That Could Mean Adult ADHD The conventionally used diagnostic criteria for ADHD, including the most common symptoms, were developed based on how the condition shows itself in children. These symptoms include forgetfulness and excessive daydreaming, as well as an inability to sit still, or constant fidgeting with objects. Continue reading below... Adult ADHD Problem No. 1: Difficulty Getting Organized

Manvotional: The Power of Purpose From Talks to Young Men, 1897By Charles Henry Parkhurst When calculating the prospects of a young man, and the likelihood of his being able to go through life without being taken off his feet, I always want to know whether he stands for anything in particular. A written sentence may be mere words or it may mean something. So a young man may be only a mixture of body and soul or he may mean something: that combination of body and soul may stand as the expression of an idea. There are a great many meaningless men in the community, and what that means is that, while they have the intelligence to understand an idea and the heart to feel it, yet the idea never gets so close to them as to have its reality tremendously experienced by them. Still more apparent does the working of this principle become when for the word “idea” I substitute the word “purpose.” Purpose, and to be thoroughly wedded to that purpose, is three quarters of salvation.

6 Harsh Truths That Will Make You a Better Person 2017, motherfuckers. Yeah! LET'S DO THIS. "Do what?" Feel free to stop reading this if your career is going great, you're thrilled with your life, and you're happy with your relationships. Via Upscalehype.com For the rest of you, I want you to try something: Name five impressive things about yourself. Note: I originally posted this in December of 2012, and to date it has drawn more than 20 million page views and been shared on Facebook more than half a million times. #6. Getty Let's say that the person you love the most has just been shot. Getty"OK, which one is the injured one?" You ask, "Are you a doctor?" The guy says, "No." You say, "But you know what you're doing, right? At this point the guy becomes annoyed. Confused, you say, "How does any of that fucking matter when my [wife/husband/best friend/parent] is lying here bleeding! Now the man becomes agitated -- why are you being shallow and selfish? Getty"I don't get it. Getty"Here's that shit you needed. #5. "Nice guy? #4.

Why Self-Compassion Trumps Self-Esteem In this incredibly competitive society of ours, how many of us truly feel good about ourselves? I remember once, as a freshman in college, after spending hours getting ready for a big party, I complained to my boyfriend that my hair, makeup, and outfit were woefully inadequate. He tried to reassure me by saying, “Don’t worry, you look fine.” Juan Estey “Fine? The desire to feel special is understandable. Not very well. How can we grow if we can’t acknowledge our own weaknesses? Continually feeding our need for positive self-evaluation is a bit like stuffing ourselves with candy. The result is often devastating. And of course, the goalposts for what counts as “good enough” seem always to remain out of reach. Another way So what’s the answer? When I first came across the idea of “self-compassion,” it changed my life almost immediately. I remember talking to my new fiancé, Rupert, who joined me for the weekly Buddhist group meetings, and shaking my head in amazement. An island of calm