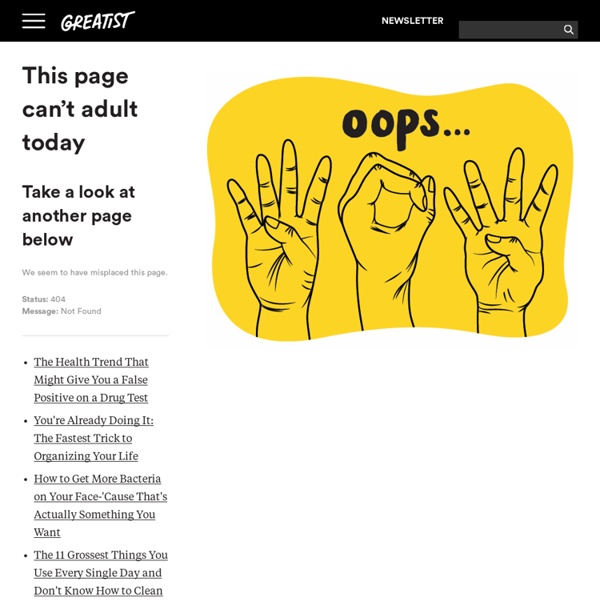 - StumbleUpon Who came up with the idea that we are supposed to drink orange juice at breakfast? And why, if oatmeal is so good for us, do we eat that only in the morning as well? Apologies to the Palinites, but nutritionists are starting to realize that you and I like our oatmeal and OJ before we start the day because we evolved to like it that way—because enjoying the two together is healthier than eating each of them alone. Epidemiologist David R. What's more fascinating, however, is that the evolution between eater and eaten might answer the long-held question about why humans live longer, healthier lives on traditional diets. Tomatoes & Avocadoes Tomatoes are rich in lycopene, a pigment-rich antioxidant known as a carotenoid, which reduces cancer risk and cardiovascular disease. "This also has a Mediterranean cultural tie-in," says registered dietitian Susan Bowerman of California Polytechnic State University. And when it comes to salads, don't choose low-fat dressings. Oatmeal & Orange Juice

Smoked Salmon Asparagus Quinoa Cake Eggs Benedict Mothers day is almost here and what better way to show her that you care than by making her a nice home cooked meal? A great way to do this is in the form of a breakfast or brunch for her after wakes from sleeping in. A while ago I made some quinoa cakes, basically a fritter made with quinoa, and I thought that they would also be great when made with different flavours such as asparagus which is in season right now. The asparagus quinoa cakes are pretty easy to make; you simply give some fresh asparagus a few pulses in a food processor and mix it in with the cooked quinoa along with some eggs and flour to bind everything together. After the quinoa cakes are made it were it starts to get tricky and you will start wishing that you had four arms. Alternative: Prosciutto would also be great in these eggs benedict instead of the smoked salmon. Tip: If you do not have a double boiler, and I don't, you can use a small pot and a large bowl. Smoked Salmon Asparagus Quinoa Cake Eggs Benedict

Magic Sauce Recipe I call this the magic sauce recipe. In part, because it makes everything it touches shimmer with deliciousness. It's magic like that. Technically, it's a riff on a chimichurri sauce - one that veered off the rails in a big way. Much tweaking has rendered it a distant second cousin. If that. Let's just start by putting one thing out there. It's as versatile as a black dress. - More Herb Recipes - - More Paprika Recipes - - More Quick Recipes - 1/2 cup extra-virgin olive oil 1 teaspoon fresh rosemary leaves 1 teaspoon fresh thyme leaves 1 teaspoon fresh oregano leaves 2 teaspoons sweet paprika 2 medium cloves of garlic, smashed into a paste 1 well-crumbled bay leaf pinch of red pepper flakes 1/4 teaspoon + fine grain sea salt 1 tablespoon fresh lemon juice Gently warm the olive oil over medium-low heat in a skillet or pan, until it is just hot. While the oil is heating, lightly pound the rosemary, thyme, and oregano in a mortar and pestle. Makes ~2/3 cup. Prep time: 5 min - Cook time: 5 min

Ham & Cheddar Quiche For some reason, up until recently I was never inspired to make a healthy quiche. It’s a dish I’ve loved for ages; I mean, what is there not to love? Creamy eggs baked in a buttery pie crust with whatever add-ins you’d like. Rich and indulgent, quiche – for me – was relegated to the category of food to enjoy every once in a blue moon instead of a homemade staple. The turning point was when I came across this olive oil press-in quiche crust from Once Upon A Plate . I subbed in whole wheat pastry flour for the all-purpose, and was pleasantly surprised at how easy it was to press the dough into a pie plate. Easy peasy. As for the filling, I winged the egg-milk ratio and ended up happy with the result (plus, it fit perfectly into my pie plate without overflowing). The baked quiche will puff up in the oven, but the filling will deflate & settle after cooling for a few minutes. Quiche is really quite versatile. All of the flavor and texture is still there, though! Prep Time: 15 minutes

Vegetable Pasta Salad | Katrina Runs For Food I’ve mentioned before that I’m not crazy about cold cream based salads. So when I made some a few weeks ago, I made it and put the bowl in the fridge so it would cool off and kept a bowl of warm pasta on the counter for me. I don’t need it real hot, I just like to eat it as soon as I add the hot pasta. I’ve been craving artichokes lately so I made sure the other vegetables would work with those. Black olives, green beans, red beans, and the very last jar of roasted cherry tomatoes all work to balance the salty of the artichokes. I use Lindsay’s Naturals brand of olives because the brine water is not NEAR as salty as other cans. Vegetable Pasta salad –6 WWP+/ serving. What you need to have ready: big bowl for mixing, large stock pot for pasta 2.5 cups of tri-color spiral pasta 1 large can of black olives, drained 1 can of quartered artichoke hearts, drained 1 can of green beans, drained 1 can of red beans, rinsed and drained. 4-6 sliced grape or cherry tomatoes. 1. 2. 3. 4. 5.

Brussels Sprouts with Balsamic and Cranberries This is the third recipe from my Christmas special on Food Network, and as a Christmas side dish, it’s absolutely to die for. Roasted Brussels sprouts are unbelievably delicious in themselves. But drizzle on a glossy black balsamic glaze and toss them with a bunch of tart-and-sweet dried cranberries? Fugghetaboutit , and I’m not even joking. I eat these till I bloat. I made quite a bit, so started with three pounds of Brussels sprouts. Drizzle the brussels sprouts liberally with olive oil, then sprinkle with plenty of salt and pepper. While the sprouts are roasting, combine balsamic vinegar with a little sugar in a small saucepan. Note: You do not have to add sugar to the balsamic in order for it to reduce and thicken. Right before serving, heap the roasted Brussels sprouts on a big ol’ platter. Throw a whole buncha dried cranberries on top… Then just drizzle on the balsamic glaze… And use tongs to toss ‘em around. This dish is a delicious as it is gorgeous. Here’s the handy printable:

Meatless Monday: Southwestern Stuffed Sweet Potatoes I keep a lot of random lists in Evernote, one of which includes things I want to cook (typically, ideas I have for original recipes). One of the items I have on that list is “stuffed sweet potatoes (black beans, queso fresco, chipotle, etc.)” So clearly when I came across Nikki’s post for Southwestern stuffed sweet potatoes and realized someone had already done all the work for me, I added these to our menu. I had high hopes for these, because I love all the ingredients. These sweet potatoes are packed full of our favorite things – black beans, chipotles, spices, corn, and lots of cheese. I made the entire meal, from start to finish in the cast iron skillet (baked the potatoes, sauteed the corn and onions, put the stuffed potatoes back in there and stuck it under the broiler). Southwestern Stuffed Sweet Potatoes Adapted from Pinch of Yum, via Pennies on a Platter Preheat the oven to 350 degrees F. Saute the corn in a dry heavy skillet, preferably cast iron, over medium high heat.

Apple Pies & Jo In the Kitchen I know, I’ve made a few pies lately. But see how these are different? Look at how adorable these are! I mean, come on. Could you resist? I sure couldn’t. We ate them before I had a chance to think about pictures. Oops. This is why I had leftover dough for that impromptu dinner. Although this recipe is a little time consuming, it’s no harder than making any sort of real pie. It still involves slicing fruit. Rolling out crust and making it look pretty. Mixing fruit and sugar and cornstarch. And taking bites with your eyes closed so you can focus solely on each flavor. Please give these a try. Apple Pies Inspired by Pinterest 1 prepared pie dough, rolled out and sliced into strips 6-8 large apples (really any kind of apple will do) 1/3 cup sugar, plus more for sprinkling onto the crust 1/3 cup brown sugar 1 tsp cinnamon 1/4 or 1/2 tsp cardamom, if desired 1 tsp cornstarch Juice of a lemon or lime, mixed with 1 cup of water 1 tbsp melted butter Preheat the oven to 375F. Like this: Like Loading...

Baked herbed salmon « Snixy Kitchen With a trip to Boston smack dab in the middle of finishing a first draft and making serious revisions to my paper, every dish I make gets added to an ever-growing queue waiting to be shared with you. I can’t keep up! On our whirlwind three-day MIT reunion excursion, Lucas made sure to introduce me to the fantastic seafood of the Northeast. It’s been awhile since salmon has been on my kitchen table. The inspiration for breaking my streak is unclear, but with Monterey Fish Market down the street it was inevitable. Baked herbed salmonServes 2 2 salmon filets½ teaspoon dried sage1 teaspoon dried thymeKosher salt and freshly ground black pepper, to taste1 teaspoon olive oilLemon, quartered (optional)Preheat the oven to 350ºF.Sprinkle the top each filet with sage, thyme, salt, and pepper.Heat olive oil in cast iron skillet over high heat (Note: I didn’t do this step in the pictures above, but would do it next time). More from Snixy Kitchen: Tags: fish, herbs, lemon, sage, salmon, seafood, tyme

Brown Butter Double Fudge Chocolate Chip Cookie Dough Cookies Little bit of a mouthful there. But it’s like a cookie on top of another cookie! Yeah. Like total dirty cookie on cookie action. Except these ones down below wanted to try a few different positions. I dunno… they’re all mixed up. In order to solve a common I-want-a-chocolate-CHOCOLATE-cookie-but-he-wants-a-plain-chocolate chip-cookie dilemma that happens like, every single weekend here… I made both. Some of them smashed up against each other while others sat on top of each other but in the end, they all tasted… fantabulous. And then they tasted extra delicious after I spent two hours cleaning out the contents of our bar (take that as you will), after he spent three hours organizing the pantry (that was weird) and after we both needed to severely eat our emotions immediately post-Boardwalk Empire finale. WHAT was that. ??????? Why??? Then I tried to dunk a cookie in milk and failed. I need cookie dunking lessons, a redo on season 2 (thanks HBO), and a salad. [from giant rainbow cookies]

Fettuccine Alfredo | The Pursuit of Hippieness Goodness. It’s been so long since I put together a recipe that I feel like I forget how to do this! Luckily, what’s coming your way doesn’t need much of an introduction. I first discovered the power of pureed nuts with my walnut whipped cream. Obviously that’s a sweet recipe, but if we’re going on texture, the creaminess is something that I knew could definitely translate over to a savory recipe. I’ve tried cashew cheese, and it’s amazing… especially in mac & cheese. But alfredo sauce is obviously a different breed- a different cheese. Perfection. And, the flavor is dead on. Vegan Fettuccine Alfredo 1 cup almond milk 1 cup walnuts, soaked 2 tbsp nutritional yeast 2 tsp lemon juice 2 cloves garlic, minced 1 tsp vinegar 2 tsp dried basil or oregano salt and pepper to taste pinch of guar or xantham gum (optional) your choice of pasta (or spaghetti squash!) After soaking the nuts for 1-2 hours, drain them and put in a blender or food processor with the almond milk.