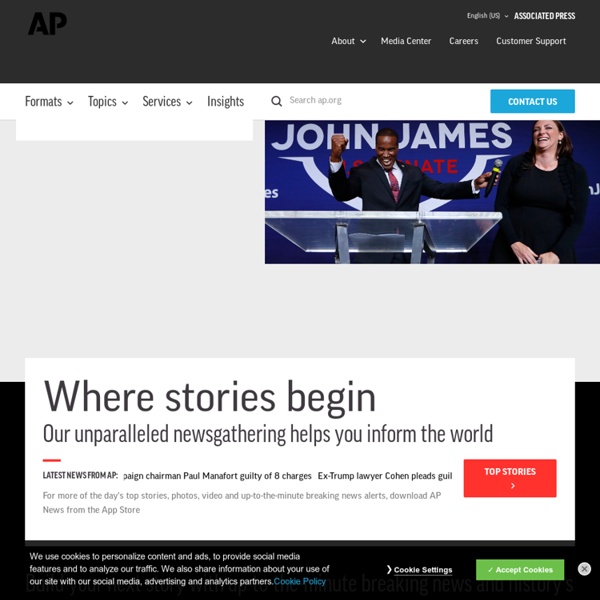 Fair use Fair use is a limitation and exception to the exclusive right granted by copyright law to the author of a creative work. In United States copyright law, fair use is a doctrine that permits limited use of copyrighted material without acquiring permission from the rights holders. Examples of fair use include commentary, search engines, criticism, parody, news reporting, research, teaching, library archiving and scholarship. Fair use is one of the traditional safety valves intended to balance the public's interest in open access with the property interests of copyright holders. Fair use under United States law[edit] The legal concept of "test copyright" was first ratified by the United Kingdom of Great Britain's Statute of Anne of 1709. The four factors of analysis for fair use set forth above derive from the opinion of Joseph Story in Folsom v. Once these factors were codified as guidelines in 17 U.S.C. § 107, they were not rendered exclusive. Purpose and character[edit]

Fury at BBC’s ‘anti-Scottish’ broadcast Saturday, 28 August 2010 16:04 Politicians and members of the public have reacted with fury after a BBC Radio 4 broadcast heard commentators describe Scots as living off of benefits provided by the English and describe the Scottish parliament as a “charade of a building” inhabited by MSPs who “crawl out of the darkness”. The comments were made on the radio programme ‘Any Questions’ by Baroness Ruth Deech who is a former Governor of the BBC and Douglas Murray who is the Director of The Centre for Social Cohesion (CSC). The comments have resulted in a stream of complaints to the BBC. The show, broadcast on Friday 20th August, heard Baroness Deech claim that Scots lived off of benefits paid for by English subsidies and that the release of Abdelbaset Al Megrahi had embarrassed the rest of the UK. Deech said:“Alright, they're devolved, but I think they did this [Megrahi release] just to show the rest of us oh, that we are independent, we make our own decisions,” Hello Kind RegardsNewsnet Scotland

Un (BBC) mundo cada vez más social UPI/Scripps-Howard Handbook Here's the UPI chapter in the 1981 edition of the Scripps-Howard Handbook -- under a section called: "Some Scripps-Howard Institutions." UNITED PRESS INTERNATIONAL/Built By Sticking to a Fundamental Idea United Press International is the world's largest independent gatherer and distributor of news, newspictures and broadcast services. Unlike other international news services which operate either as cooperatives or with government subsidies, UPI has been privately owned since 1907 when it was founded by E.W. Scripps who considered the founding as one of his most gratifying accomplishments. "I regard as my life's greatest service to the people of this country to be the creator of the U.P. . . . Three small regional news services were merged to form The United Press Associations, which became United Press International on May 16, 1958, when its facilities were joined with those of the International News Service and International News Photos. During this period, Roy W. F.W. Eugene H. Thomas J.

Business Coach Anne Loehr Tries to Bridge Diverse Generations: X High atop the august Tower Club in Fairfax County, overlooking the glass-and-steel edge city of Tysons Corner, business coach Anne Loehr is teaching 20 executives, mainly baby boomers, how to crack one of society's most vexing workplace problems -- how to deal with their youngest employees or clients. Loehr, 44 (Generation X/self-identified boomer), asks the class: "What is it like to speak to Gen Y?" In her seminar, "Get Wise With Gen Ys: How to Effectively Sell to Each Generation in Today's Workplace," Loehr zeroes in on people born in the late 1970s or early 1980s, a demographic cohort so mystifying to its elders that she hands out cheat-sheet wallet cards enumerating traits that supposedly define this exotic generation. This is, she explains, the first time in American history when four generations -- people born from the 1930s all the way to the 1980s -- are jammed together in the workplace, jostling for hegemony. Talk like what, exactly?

Phone hacking: Met police put on spot by ignored leads and discreet omissions | Media Somewhere in the offices of the Crown Prosecution Service, there is a file that will be of great interest to any independent inquiry that attempts to tell the truth about the behaviour of the Metropolitan police in the phone hacking scandal at the News of the World. The Guardian has read it. The police were dragged into the centre of the scandal last week when the New York Times quoted unnamed detectives claiming that Scotland Yard's "close relationship" with the News of the World had hampered the inquiry. Essentially, the Met is charged on two counts: first, that it cut short its investigation; second, that it then failed to tell the truth to the press, public and parliament. The police insist that they are innocent on both counts. The unpublished CPS file shows the inquiry started well. They wrote: "A vast number of unique voicemail numbers belonging to high-profile individuals (politicians, celebrities) have been identified as being accessed without authority.

How (and why) to replace the AP The Associated Press is becoming the enemy of the internet because it is fighting the link and the link is the basis of the internet. From Richard Perez-Pena’s New York Times story today: Tom Curley, The A.P.’s president and chief executive, said the company’s position was that even minimal use of a news article online required a licensing agreement with the news organization that produced it. In an interview, he specifically cited references that include a headline and a link to an article, a standard practice of search engines like Google, Bing and Yahoo, news aggregators and blogs. Them’s fightin’ words: quoting an article’s headline while linking to it would require licensing? This means we would have to get permission from and negotiate with sites before linking to them. The AP would rather destroy the link economy. But that’s not the reason to replace it (it’s merely a bonus). The AP’s primary job is to distribute content. Could the AP remake itself?

Adam Penenburg Adam Penenberg. If you call yourself an online journalist, and yet that name doesn’t immediately prompt a nod of recognition – a smile, even – then it’s time to close your laptop and bow your head in shame. Or at least head over to Netflix. It was Adam Penenberg who, back in 1998, first forced traditional journalists to sit up and take online reporting seriously. And he did so with a double whammy: scooping them on a big story – a scandal that went to the heart of one of America’s journalistic institutions – while also exposing a rising star of print journalism as a hack and a liar. The lying hack was New Republic wunderkind Stephen Glass and the story of how Penenberg – then a reporter for ‘Forbes Digital Tool’ (now sadly swallowed by the execrable Forbes.com) – exposed Glass’ fabricated reporting was subsequently made into a movie. Penenberg, then, is one of the founding fathers of digital journalism. Twelve years later, of course, none of this is news. Read that again. Yep.