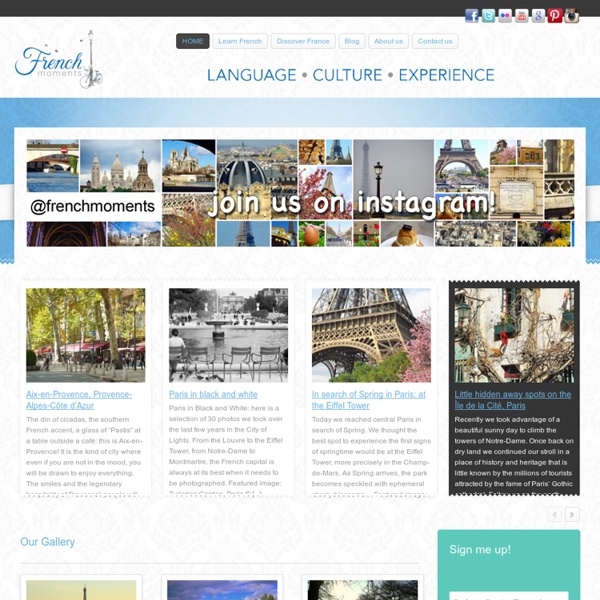 43 Places 46 smart uses for salt How many ways can you use salt? According to the Salt Institute, about 14,000! The salt website has tons of handy tips for using salt around the house, and the best of the bunch — plus my additions — are listed below. I can't think of another more versatile mineral. For thousands of years, salt (sodium chloride) has been used to preserve food and for cleaning, and people have continued to rely on it for all kinds of nifty tricks. So with its nontoxic friendliness and status as an endlessly abundant resource, let's swap out some toxic solutions for ample, innocuous, and inexpensive salt. There are a number of forms of salt produced for consumption (and by default, housekeeping!) Here are just a few of the many ways you can put salt to good use in your home: Aside from all of the alchemy that salt performs in terms of baking chemistry and food flavor, salt has a number of other great applications in the kitchen. Test egg freshness. Set poached eggs. Prevent fruits from browning. Clean teeth.

23 Ingenious Uses for White Vinegar About 10,000 years ago, ancient people discovered a product that would change lives forever. Wine had been around for a while, but after some was allowed to oxidize, vinegar was born. It became an immediate hit. The Babylonians used vinegar as a preservative, as did Ancient Greeks and Romans. Vinegar’s magic ingredient is acetic acid, which comprises about 5 percent of the finished product. White vinegar has dozens of household applications, and the best part is that it’s green. Kitchen Remedies Besides adding zest to salad dressings, white vinegar is handy for many cooking tasks. 1. 2. 3. 4. Cleaning House Vinegar can help with a variety of cleaning tasks, since the acid acts as a disinfectant and an odor neutralizer. Love This? Thanks for subscribing! 5. 6. 7. 8. 9. 10. 11. Cleaning Clothes Vinegar works magic on upholstery and fabric, too. 12. 13. 14. 15. Outdoor Solutions Tough enough even for the outdoors, vinegar can function as a car cleaner and an organic pest remover. 16. 17. 18. 19.

What does it cost to travel the world? | So Many Places What Does It Cost To Travel The World? It is weird to talk about money. Especially my money. Especially when I know that someday my friends and family will be reading this blog. The reason I’ve decided to share our finances with the world is because I hope it will help others who are planning an RTW. Brian and I have set a savings goal of $60,000 dollars. In addition to our $60,000 in savings, we also have retirement accounts that we could access. I’ll admit that at first I just sort of picked the $60,000 figure out of thin air. All of the RTW budgets referenced below are mid-price-range backpackers. The budgets and grand totals range, but fall between about $2,000 and $4,000 a month. I’ll make sure to post a more detailed budget when I have one. Many thanks to these RTW bloggers that shared their budgets and expenditures with the world (click on the blog to see their budgets): One Giant Step Seat of our Pants Living the Dream The Travel Year Thirteen Months

How to make a natural air freshener, and assemble your own laboratory for concocting teas, salves, and syrups As a little girl I mixed up shampoos and lotions in my laboratory, trying to improve on the toiletries we had. I never came up with anything worth mentioning, but I did once get scolded for spilling my mom's shampoo all over the bathroom rug. A friend of mine told me about the "laboratory" she'd had at age 12, in which she created, among other things, the cure for AIDs. You probably won't cure any diseases with your apothecary, but you will scratch that youthful itch to create something useful out of ordinary ingredients. narfmore I'll get your mad scientist career started with a list of ingredients to start a home apothecary, with which you'll be able to make herbal teas, salves, syrups, tinctures, eye pillows, and infused oils. Starter herbs and their properties You can find these herbs online or in stores with large bulk herb selections. So, oils. Starter oils Most essential oils aren't cheap, but a little goes a long way. AND! Storage Lavender Mint Room Spray & Linen Mist Ingredients

How to avoid pickpockets when traveling A razor blade used to cut into your pocket by pickpockets - you won't feel a thing Someone tried to pickpocket me last week. It’s always been a top concern of mine. Crime is everywhere in the world today. As are opportunists that will prey on the weak, gullible, and the blatant. One of the weakest, and largest targets for travelers, tourists and indeed people in their own countries, is their wallet or purse. My encounter with a pickpocket thief in the Philippines: who won? I got on-board a morning city jeepney, as I have done many times throughout the country. Crowded Jeepneys are where many pickpockets frequent There were four of us. Alarm bells of experience The eyes tell a lot. I already knew something was up. The attempt at pickpocketing me The guy to my right slipped up closer to me, took out his phone and placed it very close to my right knee (this would make a person curious to look at it – aka distraction). There was no need for all this closeness as the Jeepney had a lot of room.

Alternative, Complementary & Herbal Medicine Forums, Blogs, News, FAQs, Surveys & Knowledgebase on curezone.com America's Great National Parks :: Vacations By Rail Itinerary Day 1 - Depart Chicago aboard Amtrak's Empire BuilderArrive at Chicago's historic Union Station, meet your tour manager, and board the famed Empire Builder for your scenic overnight trip. As the Empire Builder begins its journey northwest at 2:15 pm, settle into your comfortable seat, meet your fellow travelers, and enjoy the passing scenery. Important cities along this afternoon's route include Milwaukee, WI, the city by the lake made famous by its breweries, and Portage, once a regular stop for traders on their trips between the Mississippi River and Lake Michigan. Don't miss a Trails and Rails presentation in the Sightseer Lounge car as you travel from Chicago to Winona, MN, allowing you to meet volunteer rangers from the Chicago/Mississippi National River and Recreation Area sharing historical stories and cultural artifacts from the region you're traveling. Day 2 - Glacier Park MontanaWhen you awake this morning the train is nearing Minot, ND for a 30-minute rest stop.

Stuck In Customs | HDR Photography, Travel Photography and Camera Reviews 23 Best Travel Sites to Save You Money Find the best deals online for plane tickets, hotel rooms, vacation packages and car rentals, domestic or abroad. Feeling too pinched by the ever-troubled economy to travel? You can still find good deals to get away — if you know where to go online first. 1) Kayak.com scours hundreds of online sources for the cheapest fare available. Kayak can also help you bite the bullet and buy your ticket, or not, with its "price predictor," which forecasts whether fares will go up or down. 2) AirfareWatchdog works best for travelers ready to take off at the drop of a deal. (Also, in November 2014, the site added a new service, Hotelwatchdog, which fetches hotel listings that offer great values, meaning they have prices lower than similar nearby hotels, good locations and favorable TripAdvisor reviews.) 3) WhichBudget.com will help you build an inexpensive, overseas flight plan by using local, budget airlines — a great way to save on international travel.

Fairytale Destinations Is it a dream or is it for real? These places will make you wonder whether you step into the land of magic and fantasy or still firmly stand on the ground. With unearthly nature, unreal landscapes or fairy tale architecture, these destinations will take you far away from your humdrum reality. Picturesque Colmar in France, considered the most beautiful city in Europe, looks like it came straight out of a fairy tale. This tiny town in Alsace is famous not only for its magically colourful old town. As if being the wine capital was not enough, Colmar, with its pretty squares, fountains and canals, is also called the "little Venice" (la Petite Venise). The Lord of the Rings' scenery of Faroe Islands truly makes you believe the archipelago is inhabited by hobbits and elves. Saksun, Faroe Islands. Castle Neuschwanstein in Bavaria, Germany in autumn. It is not a sugary Disneyland construction, although it looks like a fairy tale palace occupied by some capricious princess. Palacio de Sintra.

20+ awesome travel jobs and how to get them 1. Freelance writer / photographer This may mean travel writer, but it doesn’t have to. Let’s say you were a banker; why not start submitting articles to finance mags and journals? The point is to become location independent, and you don’t have to write about travel to do so. If you do want to write about travel for a living, check out MatadorU, Matador’s online travel writing, photography, and filmmaking school. 2. These gigs easier to find in some countries than others, and requirements vary from a bachelor’s degree in any field to a master’s in education plus TESL certification. South and Central American countries want ESL teachers, but getting the visa is a bit tougher than it is in Asia. Recruiting companies such as Footprints can be extremely helpful if you’re looking for an ESL gig; another option is to hunt them down on forums like Dave’s ESL Cafe. 3. Who qualifies to be a travel nurse? 4. 5. 6. Doesn’t matter how the economy’s doing; the military is always hiring. 7. 8. 9. 10.