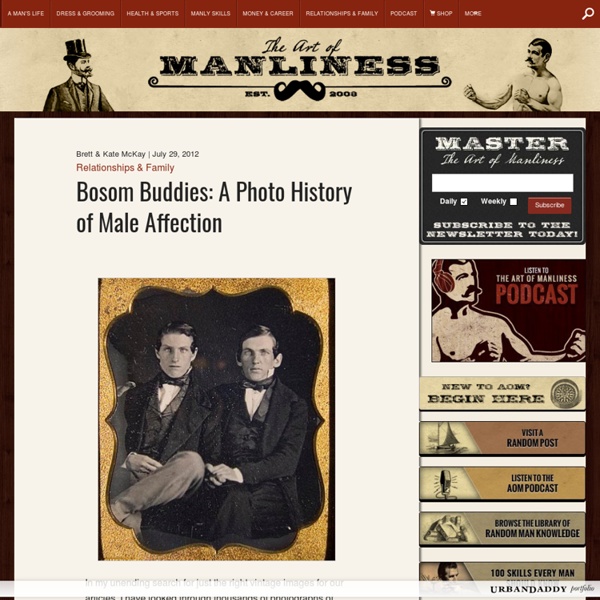 Les sous vêtements masculins, vidéo Les sous vêtements masculins, vidéo Sciences et techniques Sciences humaines - Archives vidéos Sciences et techniques Sciences humaines Don’t be that dude: Handy tips for the male academic There is a plethora of research on the causes of hostile environments for women in academia, and on why we have an underrepresentation of women in many fields. There are support groups for women, societies entirely devoted to women academics (broadly and field-specific), workshops for women in academia, and countless articles and blogs devoted to the topic. These initiatives are important, but here’s the thing: gender equality has to be a collaborative venture. If men make up the majority of many departments, editorial boards, search committees, labs and conferences, then men have to be allies in the broader cause of equality, simply because they have more boots on the ground. 1. 2. 3. 4. 5. 6. 7. 8. 9. 10. 11. 12. 13. 14. 15. 16. 17. 18. 19. 20. Please feel free to share any other tips or ideas in the comments, or to share your experiences. *This post begins with the premise that sexism exists — institutional and individual, big and small, intentional or otherwise. Like this:

Extraordinary Photos Of Drag Queens In Half Drag Le Garage: invention d'un espace masculin In the U.S., garages did not really become a part of the “typical” American home (if we can say such a thing) until the start of the 20th century. Certainly garages existed; but they weren’t seen as a necessity. Two things you’d probably guess drove garage production initially: the increasing presence of cars owned by individual families and suburbanization. But, suburbanization was also accompanied by a renewed interest in a sort of “do-it-yourself” lifestyle, and garages played a role in this history. There’s some disagreement concerning whether a “do-it-yourself” zeitgeist prompted suburban retreat or the other way around. Industrialization and suburbanization brought about fantastic transformations in family life and gender relations. If you have a home built in the early 20th century that hasn’t been remodeled, it’s likely that you have a fairly closed-off, small kitchen and probably only one centrally-located bathroom. This country can’t be knocked out with one punch. Like this:

Gender contamination: when women buy a product, men flee Courtesy of Dr Pepper Snapple Group Libby Copeland is a writer in New York and a regular Slate contributor. She was previously a Washington Post reporter and editor for 11 years. She can be reached at libbycopeland@gmail.com. Follow Marketers, as well as anyone who’s been to a Toys R Us in the last 10 years, are well aware that a common way to goose sales is to split a market by gender. Part of the reason this approach works so well is that men, apparently, don’t want to buy stuff strongly associated with women. A few years ago, an ad for Verizon’s Motorola Droid painted the iPhone as “a tiara-wearing, digitally clueless beauty pageant queen,” a “precious porcelain figurine of a phone,” and “a princess.” Some time ago, professor Jill Avery at the Simmons School of Management in Boston set out to explore this gender-based squeamishness, which seems like a holdover from the ew-cooties! Something similar can happen when women flock to a product designated for males.

Deep Secrets: Boys’ Friendships and the Crisis of Connection Deep Secrets: Boys’ Friendships and the Crisis of Connection by developmental psychologist Niobe Way is a must-read for anyone concerned with the so-called “boy crisis,” anyone who is raising a boy in the U.S., and anyone who doubts that feminism can—and should—improve the lives of boys and men. In this richly-researched book, based on in-depth, one-on-one interviews with teenage boys in the U.S. as they progress through high school, Way debunks the cultural myth that boys don’t have, need, or desire close friendships. By attempting to truly listen—through the distracting noise of our own assumptions and expectations—to what boys themselves are actually saying, she paints a reality that is both more heartbreaking and more hopeful than the myth. One of the most refreshing aspects of this book is that it centers the voices and experiences of boys who are often marginalized in such studies. As Deep Secrets so powerful illustrates, these myths can be self-fulfilling. Word.

Watch A Student Totally Nail Something About Women That I've Been Trying To Articulate For 37 Years Lily Myers: Across from me at the kitchen table, my mother smiles over red wine that she drinks out of a measuring glass. She says she doesn't deprive herself, but I've learned to find nuance in every movement of her fork. In every crinkle in her brow as she offers me the uneaten pieces on her plate. I've realized she only eats dinner when I suggest it. I wonder what she does when I'm not there to do so. Maybe this is why my house feels bigger each time I return; it's proportional. It was the same with his parents; as my grandmother became frail and angular her husband swelled to red round cheeks, round stomach, and I wonder if my lineage is one of women shrinking, making space for the entrance of men into their lives, not knowing how to fill it back up once they leave. I have been taught accommodation. You learned from our father how to emit, how to produce, to roll each thought off your tongue with confidence, you used to lose your voice every other week from shouting so much.