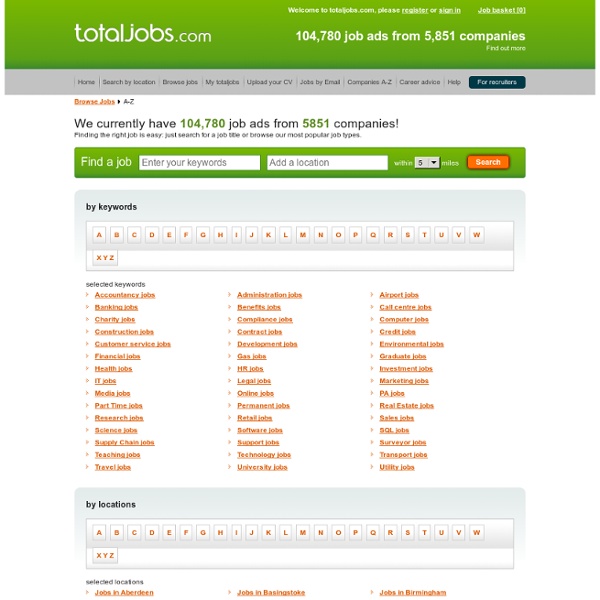 Ready for Transport November 13, 2013 Ready for Transport The massive tunnel boring machine (TBM) that will be used in the construction of the $ 1.4 billion Evergreen Line project is on its way by rail and truck from the manufacturer in Ontario to a site in Port Moody, B.C. The TBM will bore a two-kilometre tunnel that will run west of Barnet Highway in Port Moody to south of Kemsley Avenue in Coquitlam. Due to its size and weight, the machine is being shipped in pieces and assembled at a launch site. The TBM is 85 metres long and 10 metres in diameter. The first piece of the machine, called the cutter head (left), weighs 130 tonnes. Tunnel construction is expected to start in February 2014. ..d Moving an average of eight metres a day, it will take about a year to build the tunnel. Print | Comment

Second TBM starts work on São Paulo’s Line 5 – Lilac Photo: Diogo Moreira/ Governo do Estado de São Paulo. Two of the tunnel boring machines being used in the construction of São Paulo Metro’s Line 5 are now in operation – the first time in Brazil’s history that two TBMs have been in use simultaneously to build a single line. The new TBM, named Tatuzão, joins Megatatuzão which was lowered into a portal in the city’s Campo Belo district in July. Tatuzão, which will dig at a rate of 15 metres a day, is one of three TBMs which will construct a 4.8-kilometre extension of Line 5 – Lilac from Campo Belo to Chácara Klabin station in Vila Mariana. Once complete, the R $7.5 billion extension will more than double the current 8.5 kilometre route, adding 11.5 kilometre of additional track and 11 new stations. The 1.9 kilometre tunnel between the current terminus station, Largo Treze, and the first of the new stations, Adolfo Pinheiro, is expected to be completed by January next year.

Qatar begins Doha metro tunnel awards - TunnelTalk Qatar begins Doha metro tunnel awards 17 Apr 2013 Peter Kenyon, TunnelTalk The long-awaited first tunnel contract on the US$21 billion Doha metro project in Qatar is set to be awarded to the Impregilo (Italy)/ SK Engineering (South Korea)/ Galfar Engineering (Oman) joint venture. The contract, for TBM excavation of 13.1km of twin running tunnels on the Red Line North of the new metro system between Msheireb in downtown Doha and Al Khor North, is the first of four major tunnel construction packages that comprise Phase 1 of the project. No official announcement has been made by Qatari Rail, the project owner, but TunnelTalk confirmed the news with a call to Milan-based Impregilo. Fig 1. Fig 2. Red Line North also comprises a further 42.6km of elevated and at-grade structures, which will be awarded in a later construction contract round, for a total completed length of 55.7km. Fig.3. Red Line will connect the new city of Lusail to Doha 8km of Lusail LRT tunnels approaching completion

Tunnel Currently the Doha Metro is the world’s largest infrastructure project at the planning stage. 82 km incorporating 25 stations will run underground in Phase 1. These figures actually speak for themselves in fact. But as Qatar has been awarded the 2022 FIFA World Cup and the country intends applying to stage the 2020 Summer Olympics, Phase 1 must be accomplished within 7 years, something which lends special dimensions to the entire project and tunnelling in particular. For so far no experience has been gained in railway or Metro construction and consequently there is little expertise in tunnelling. As a result neither reliable references nor rules and regulations are available to be depended on: here a pioneering spirit is called for even in excess of what tunnellers normally display. Furthermore there are no technical values relating to tunnelling available for the soil apart from the fact that the groundwater is extremely aggressive. 1 Presentation of the Project 2 Geology 3 Hydrology

Crossrail's 1000 ton underground ladies | Rail.co.uk Published: 12th September 2013 It’s boring boring boring under London. Europe’s largest construction project is approaching the half-way stage in tunnelling terms. The project, Crossrail, is the £16 billion railway scheme being built under London and in five years’ time will enable up to 24 trains an hour to run in each direction between Paddington and Liverpool Street. The project will provide another 10% rail capacity and overcrowding should reduce considerably and commuting become somewhat easier. Boring London But until the route opens, it has to be built, or rather bored through London without disturbing London’s surface structures and population. TBM Mary has been boring since May now joins TBM Sophia to continue boring under The Thames to North Woolwich. They said: Gus Scott, project manager for Crossrail’s Thames Tunnel, said: “It’s great to know that we’re half way through our tunnelling in southeast London. The fat lady rings Slurry Slabs Half-bored Where are the eight boring ladies?

Tunnel boring machine to start excavating Bucharest’s future metro line M5 next week | Romania Excavation for metro tunnels on the future new route Râul Doamnei – Eroilor in Bucharest will start on September 25, according to Bucharest metro company Metrorex. The Tunnel Boring Machine (TBM) is already mounted into the structural wall and all devices for drilling have been activated. Metrorex, which previously announced work on the tunnel would start mid-September, said it had completed several other activities to prepare for the actual drilling. The structure of tunnels and metro stations on the segment should be completed by the beginning of next year, while the entire segment Râul Doamnei—Eroilor should be finished early 2016. Both tunnel boring machines working on the metro connecting Bucharest’s Drumul Taberei area to downtown should start working in September. The Raul Doamnei – Eroilor segment will have 6.5 kilometers and ten metro stations and will be part of the longer Drumul Taberei – Pantelimon line, also called M5. editor@romania-insider.com (photo source: Metrorex)

First Crossrail TBM completes her journey Crossrail tunnel boring machine Phyllis has completed her 4.2 mile (6.8km) journey from Royal Oak in west London and Farringdon in central London. Phyllis is one of eight TBMs building ten different tunnels to collectively deliver 26 miles of new tunnels under London for the Crossrail project. Having finished her work after 17 months of digging, Phyllis will now be dismantled leaving just the front ‘can’ in situ. Tunnelling on the Crossrail project has now passed the 13 mile mark, half way to the 26 mile total needed. Phyllis’ sister machine, Ada, is in the Holborn area and is due to complete tunnelling during the winter, while a further six machines will finish tunnelling next year. During the coming weeks, Phyllis will be dismantled and her 130m-long trailer system will be removed from the tunnel via the recently completed Fisher Street shaft. Crossrail programme director Andy Mitchell said: “Crossrail’s construction continues to move ahead at a significant pace. Further Images

Mining Magazine - Grosvenor launches tunnel boring machine Anglo American’s US$1.9 billion Grosvenor project in Moranbah, Central Queensland, Australia reached a key project milestone on October 21 when its tunnel boring machine (TBM) operated for the first time. Anglo American stated that this is the first time a TBM has been used to construct a drift (or tunnel) on a Queensland coal mine. The Grosvenor project is located next to the company’s existing Moranbah North longwall mine. Dieter Haage, head of underground excellence at Anglo American, officially launched the TBM. He said: “Targeting the same Goonyella Middle Seam as our Moranbah North operation, Grosvenor will be a world-class longwall mine and its delivery is a key part of our growth planned in Moranbah. It is exciting to reach this milestone today after almost 1.5 years of construction activity. Glenn Tonkin, Grosvenor project director, said that the Anglo American team was excited to be pioneering this tunnelling method to build the 5Mt/y Grosvenor mine. Companies in this article

Grande Strategy 12/17/2013From Robert Clarke Imagine a machine tunneling seven miles per day through solid rock, boulders and clay... virtually anything below the waterline. A machine whose heart is a compact nuclear reactor circulating liquid lithium at 2,000°F through a rotating face that melts a tunnel 40 feet in diameter; even injecting magma into fractures in bedrock for extreme solidity, sealing the tunnel with a glassy lining, and leaving no excavated material behind. Imagine a Subterrene. I thinking they are still at this full bore !! November 1995 D.U.M.B.s Deep Underground Military Bases & New World | Mr. Phil Schneider, one of three people to survive the 1979 fire fight between the large Greys , US intelligence and military at the Dulce underground base.was found dead January 1996, due to what appears to be an execution style murder. This brave man's final acts should not go unnoticed.

TBM: Tunnel Boring Machines - The Blog Below: A blog about everything Underground How to you drill a hole through a mountain? With a Tunnel Boring Machine, TBM for short, of course. These machines have been around since the 1850's although it was until the 1950s that the technology actually resembled what is used today. Their size varies but the world's largest is 15.43 meter (50.62 ft) in diameter and currently working it's way through the ground under the Shanghai Yangtze River in China. But rather than take you through all the technical and historical facts about TBM's. Oh and you'd think that the softer the rock the quicker you can drill. "With this machine, in good conditions, we can excavate 40 metres in a day," says Mr Schmid. Anyway as we said let's show some pictures. Tell me that doesn't look like a Giger piece. Yep you guessed it. This is what happens when a TBM get's the Flu. Old school! Here are the few videos I could find featiring TBM's. People seem to love a tunnel opening.