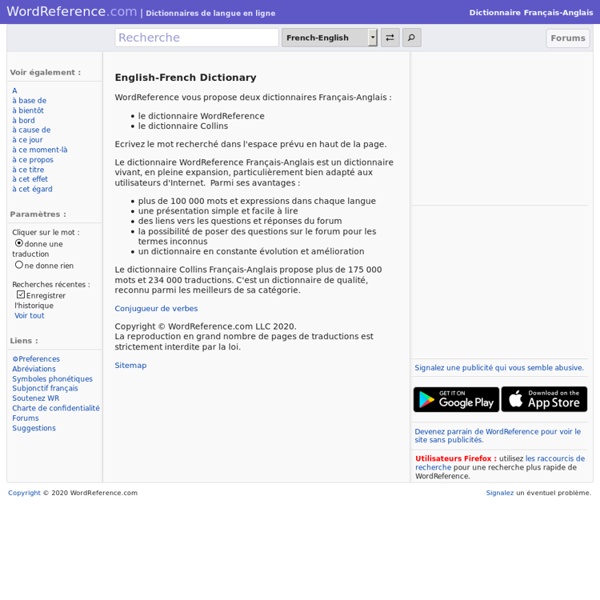 French Lessons with vocabulary about computers French computer vocabulary The following list of French vocabulary concerns computers and Internet, this will be useful to many English speaking people who are already in France, reading through a French web pages, or perhaps if you are communicating with a French person via the Internet. Many high-tech words have the same spelling in French and English, however the pronunciation will often change because of the tonic accent on the vowels, take for example the English word "WIFI", in French it is pronounced "wee-fee". Another example is Linux, in French it is pronounced "lee-nux". Other abbreviations such as ROM, ADSL, Internet just sound the same, so you should not have too much difficulty. Just for information, if you are in France and need to use a computer do not forget that the keyboard has a different layout to the standard keyboard, in France you will use an AZERTY keyboard instead of the normal QWERTY.

Interesting Facts and Fun Facts Anatidaephobia is the pervasive, irrational fear that, somewhere in the world, a duck is watching you. The person believes that no matter where they are or what they are doing, a duck is watching them. The people who suffer from this phobia have suffered some sort of trauma in their lives, likely when he or she was a child. This trauma probably had to do with a duck or some sort of related water fowl, like a goose. Perhaps the person was attacked by one of these animals. hjsay This site uses Copyright © Tim Bowyer 2006-14 • All rights reserved U.S. Patent No. 20040162719 • Howjsay in: Deutsch • Français • Italiano • Español • Requests, Errata etc. The Uncensored French Language The Uncensored French Language French VocabularyFrench Language Main Page Modern Romance Languages Main PageOrbis Latinus Main Page This page is part of Orbis Latinus© Zdravko Batzarov

CmapTools - Documentation The CmapTools documentation is organized as a Knowledge Model composed of concept maps and associated resources, constructed with CmapTools itself. The following is a categorized list of the Cmaps in the Knowledge Model, for direct access. Home Cmap for the Site Home Cmap of the CmapTools Web site Translate and Speak How to Use ImTranslator Translate and Speak • How to translate text and listen to the translation Do the following:• make sure that the Translate check mark box is ON• choose the target language for translation• adjust the speed of the voice• enter text or copy and paste text into the text window• press the Translate & Speak button ImTranslator will:• automatically detect the language of the text if the language detection was not correct, manually choose the language of the source text from the Translate drop-down box• translate text into the chosen language• convert the translated text into speech• read the text• highlight pronounced words• show the translation in the translation window• offer an option to create an audio link with a spoken text to embed it into an email, chat room, instant messenger or web site

French Love Phrases Falling in love in a foreign country can be difficult without knowing the French love phrases like I love you in French. Learn them with audio flash cards and the Lingo Dingo! Learning how to say I love you in French may be the most important phrase you learn. You may have noticed that there is more than one way to say I love you in French. Just like in English, there are many ways that you can express your love to your lover. List of musical films by year The following is a list of musical films by year. (See also List of notable musical theatre productions, List of operettas, List of Bollywood films, List of highest-grossing Bollywood films, List of rock musicals.) 1920s[edit] 1926[edit]

Demonstrative Adjectives What are demonstrative adjectives? If you want to point to something in particular in English you use the words ‘this, that, these or those’. Instead of saying ‘I want the apple’, using the word ‘this’ allows us to demonstrate which particular apple we want. The demonstrative adjective is what allows us to describe the particular object we are referring to. In French, we use ‘ce, cet, cette or ces’ where we would use ‘this, that, these or those’ in English. How to Say French Phrases Learning how to say French phrases is not difficult as long as you master French pronunciation. Once you get a feel for how to say the basic words you can easily put them together in phrases. Basic French Phrases