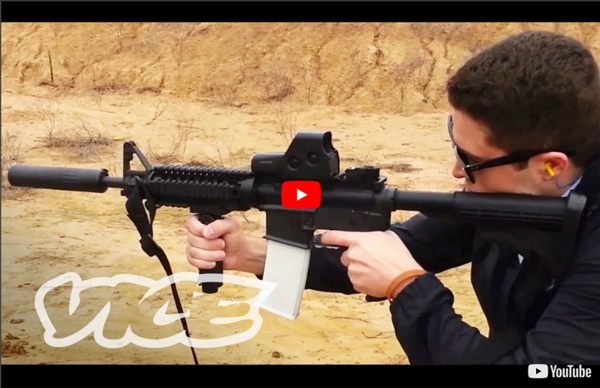 Cody Wilson Cody Rutledge Wilson (born January 31, 1988) is an American crypto-anarchist[1][2] and free-market anarchist, and activist,[3] best known as a founder/director of Defense Distributed, a non-profit organization that develops and publishes open source gun designs, so-called "Wiki Weapons", suitable for 3D printing.[4][5] Early life and career[edit] Wilson is a former student[11] of the University of Texas School of Law.[10][12] Defense Distributed[edit] In 2012, Wilson and associates at Defense Distributed initiated the Wiki Weapon Project to raise funds for designing and releasing the files for a 3D printable gun.[13] Wilson is, to date, the only spokesperson on behalf of the organization, of which he describes himself as "co-founder" and "director".[14][15] Political and economic views[edit] On American gun politics[edit] Asked during an interview with Popular Science if the Newtown Massacre had affected his thinking or plans in any way, Wilson responded: On subversion and resistance[edit]

Why do Black Christians Hate Atheists THIS IS NOT AN ALIEN -- Mind Blow #64 THE MACGYVER PROJECT: GENOMIC DNA EXTRACTION AND GEL ELECTROPHORESIS EXPERIMENTS USING EVERYDAY MATERIALS Abstract:DNA extraction and separation by agarose gel electrophoresis is a simple and exciting process that anyone can perform. However, the high cost of specialized equipment and chemicals often hinder such an experiment from being carried by members of the high school community. Here, we describe a cost effective way of extracting and electrophoresing DNA under a prescribed MacGyver limitation – that is using only materials available from a grocery store or shopping mall. In order to carry out this project, we decided to first divide the procedure into three specific sections, each to be addressed individually. Doing this, you find that the following challenges are present. They are: (i) extraction of DNA, (ii) gel electrophoresis of DNA and (iii) visualization of DNA. Extraction of DNA in a Research Setting: In a conventional research setting, the first step in extracting DNA involves breaking open the cell’s membrane by using physical or chemical means. GENERAL PROTOCOL 1.

Man held on suspicion of owning guns made with 3-D printer YOKOHAMA – A 27-year-old man who allegedly made handguns with a 3-D printer was arrested Thursday on suspicion of illegal weapons possession, the first time Japan’s firearms control law has been applied to the possession of guns made by this method. The suspect, Yoshitomo Imura, an employee of Shonan Institute of Technology in Fujisawa, Kanagawa Prefecture, had the plastic guns at his home in Kawasaki in mid-April, the police said. No bullets have been found. The police launched an investigation earlier this year after Imura posted video footage online of the guns, which he claimed to have produced himself, along with blueprints for them, according to investigative sources. One of Imura’s postings carried the comment, “The right to bear firearms is a basic human right.” Police searched Imura’s home last month and seized five guns, two of which can fire real bullets, the sources said. “I can’t complain about the arrest if the police regard them as real guns,” he reportedly said.

Gephi, an open source graph visualization and manipulation software Hardware: Algae microscope and cell-picker Developer: Urs Gaudenz AKA GaudiLab & HackteriaLab team Date: Rolling Development Description: A CD-ROM reading head for XY micro-positioning of a small glas capillary. Design Files Formal specs unavailable. Related Hardware: roboscope xyz stage video Previous Coverage: – uncertain More Information: Check the insanity of the hackteria wiki page on Algae Culturing for more info. Image of the capillary. This Is The World's First Entirely 3D-Printed Gun (Photos) Eight months ago, Cody Wilson set out to create the world’s first entirely 3D-printable handgun. Now he has. Early next week, Wilson, a 25-year-old University of Texas law student and founder of the non-profit group Defense Distributed, plans to release the 3D-printable CAD files for a gun he calls “the Liberator,” pictured in its initial form above. He’s agreed to let me document the process of the gun’s creation, so long as I don’t publish details of its mechanics or its testing until it’s been proven to work reliably and the file has been uploaded to Defense Distributed’s online collection of printable gun blueprints at Defcad.org. Update: Here’s my full account of Defense Distributed’s first test-firings of the Liberator, including firing it by hand. All sixteen pieces of the Liberator prototype were printed in ABS plastic with a Dimension SST printer from 3D printing company Stratasys, with the exception of a single nail that’s used as a firing pin. It seems that it can. + show more