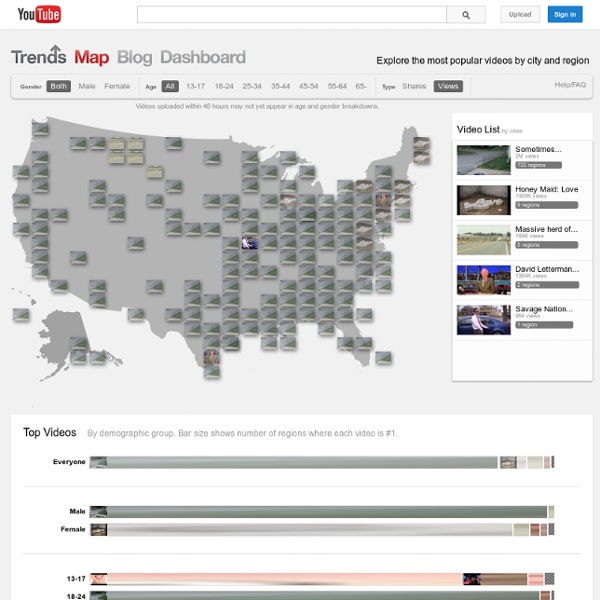 An Interactive Look at Connected Devices in 2020 [INFOGRAPHIC] Whether it’s the Internet of Things and the rising connectivity among devices, or the use of wireless connections for machine-to-machine applications, you might be considering how this technology affects you and your organization. It’s important to know the sharing of valuable data by devices is expected to become an almost $1 trillion industry by 2020 , according to a report by the Carbon War Room. And in the next seven years, we’ll be measuring the growth in connected devices in more than just dollars. The following is a glimpse of what this technology might mean for your business in the future: That’s a lot of devices. And a lot of potential. For organizations employing M2M technology, the benefits may be seen across wide swaths of the business , such as: Machine operators responsible for the uptime of mission-critical assets Finance professionals responsible for calculating the ROI of purchases Procurement team members evaluating the agility of their suppliers Richard G.

14 Google Tools You Didn't Know Existed Now that you've written your eulogies for Google Reader, it's a good time to remember that Google has an abundance of other resources that may not be as popular but still deserve a spotlight. We rounded up some lesser-known Google tools and applications that could help you cope with the loss of Reader and rekindle your love for Google. From fun tools like Google Ngram Viewer to useful resources like Full Value of Mobile Calculator, you'll find an array of tools for developers to small business owners to the average consumer. Take a look at the gallery and let us know what your favorite Google tool is in the comments. Image courtesy of Flickr, Scobleizer.

Leap Motion seals HP deal to embed gesture control technology 16 April 2013Last updated at 13:08 ET By Dave Lee Technology reporter, BBC News The Leap Motion Controller is currently available as an external accessory Motion-control company Leap Motion has announced a deal to embed its technology within HP computers. The controller is able accurately to detect the movement of 10 fingers at once, allowing for intricate gesture-based controls. Initially, the product will be aimed at consumers as a gaming and entertainment device. But the firm's president Andy Miller said partnerships with car and medical industries would be announced soon. "Leap Motion is not a toy," he told the BBC. "It'll take some time - everything that people use on computers has been written for the mouse and keyboard for the last 20 years, but I think people will see that the software written for the Leap is intuitive and people will want to interact that way." Robot surgeons The HP PCs that will have the hardware built in will be available by the summer, Mr Miller said.

Stupid Calculations Digital Paper Could Become Like 'Google Docs for Artists' | Wired Design Computer engineers have turned ordinary paper into a display with a UV lighting technique, which could one day help artists work on real-time collaborations from opposite sides of the world. Researchers from the Naemura Group at the University of Tokyo call the method “paper computing technology”. Ordinary paper is coated with a photochromic material, which changes color when light is shone on it. A pen filled with commonly available Frixion thermo-sensitive ink (which disappears when heated) is then used to draw the image, and a digital UV projector with a resolution of 1,024×768 can be used to copy or print that image onto the paper again. A laser illuminates the image from underneath to erase it to an accuracy of 0.024mm — it can even do this automatically, learning where an error has occurred and the user has strayed from their intended line. The images so far used to demonstrate the method aren’t exactly complex, but the concept is sound, if a little cumbersome.

The Best Security Apps for Android to Protect your Mobile Phone Meet some of the best security apps that protect your Android phone and also make it easier to locate the device in case the phone is lost or stolen. Your mobile phone is probably your most important digital possession that holds your contacts, emails, text messages, personal photos and other confidential stuff that you would not like anyone else to see. Yet, it is so easy to lose one as you are carrying it everywhere you go. There are a plethora of security apps in the Google Play store that help you safeguard your Android phone and offer options that increase your chances of locating your lost (or stolen) device. The Android Device Manager shows a list of all Android phones and tablets that are connected to your Google Account and helps you locate them on a Google Map. Android Device Manager requires that the device is online – connected to mobile data or Wi-Fi – for you to remotely ring, lock or erase the phone. One more thing.

The Future of Smartphones From my perspective, the smartphone is today’s personal computer. An all-in-one computer system. It’s a mobile personal computer put into a tiny device. Not bad. It gets the job done for on-the-go. All-in-one systems However, I think we need to separate the functions of the smartphone into different devices for processing, input and output. A desktop CPU and peripherals for input and output Welcome to the era of the Personal Communications Device (PCD) The PCD will be central device for mobile communications with the world. What a PCD would look like Around it there will be other devices for input and output: wrist touch screens, arm bands for tracking your finger gestures, glasses for output display, a camera to capture video or take pictures, special caps on your fingertips or gloves to track finger gestures for input commands. Under the PCD concept, the tablet would be somewhat different: it would be just an input/output device. A PCD, peripherals and wireless connection to the Internet

'Murmur' bridges physical and virtual using sound / @chevalvert @v3ga #raspberrypi Created using Raspberry Pi and openFrameworks, Murmur is a device that enables the communication between public and the projection by simulating the movement of sound waves, building a luminous bridge between the physical and the virtual. The device was designed to collect the murmurs of the public. Referred to “echo’s room”, making reference both to the audio effect achieved and to Greek mythology, it represents not only the key technique of the Murmur device, but also its magical aspect, turning sound waves into light waves. The project is a collaboration between Chevalvert, 2Roqs, Polygraphik and Splank. Project Page

Graphene-made e-paper by 2015 and anticancer drugs by 2030 Ultra-strong and self-healing copycat material graphene has been the subject of intense excitement since Andre Geim and Konstantin Novoselo extracted it from bulk graphite in 2004, earning them the Nobel Prize in Physics in 2010. Now, an international team of physicists led by Novoselo has published a paper laying out a timeline of future uses for the incredibly versatile material, which includes its role in anticancer drugs and rollable e-paper. "A roadmap for graphene", published in the journal Nature, proves that the one atom-thin super-conductive material has plenty of future uses outside of electronics, though it will be an integral part of the imminent future development of devices. "Different applications require different grades of graphene and those which use the lowest grade will be the first to appear, probably as soon as in a few years," said Novoselov. The paper also details the three main methods for extracting graphene.

How to Convert Email Messages to PDF through Email Itself An email based file conversion service lets you convert email messages, Office documents and web hyperlinks into PDF files. Supports text and HTML mails. Google Chrome has a built-in PDF writer so you can easily convert any email message into a PDF file within the browser itself but if you are reading your emails on a mobile phone or a tablet, you would need some sort of a PDF conversion app. Alternatively, you can forward the original email message to pdfconvert@pdfconvert.me and the service will send a PDF version of the message back to you in a second or two. I tried converting a plain text email message as well as one with HTML tags and the conversion was almost perfect in both instances. If there are any Word, Excel or Powerpoint attachments inside the mail, you can forward the files to attachconvert@pdfconvert.me and they’ll come back to you in PDF format. You may also use the service to retrieve web pages as PDFs. Also see: Most Useful Email Addresses

Sergey Brin Says Google Glass Outdoes Smartphones - Yahoo! News Google co-founder Sergey Brin is trying to get us excited about the company's Project Glass. This time he's doing it at the expense of smartphones, calling them "emasculating." Brin spoke at the TED Conference in Long Beach, Calif. as part of its "Disrupt!" "I whip this out and focus on it as though I have something very important to attend to," Brin added, holding up his phone. Related: Google Glass: An Inside View Brin has been in full campaign mode for Google Glass since it was introduced with a spectacular Google I/O skydiving stunt last year. But the technology isn't quite yet available for public consumption. Since it was first publicly introduced last year, Google has been slowly releasing more and more information on the progress of Glass, the project that Brin says started as "a cellphone strapped to your head." Also Read

The Conversation Prism by Brian Solis and JESS3 Is 'Breaking Bad' Influencing The Real-Life Meth Trade? NEW YORK -- News of drug cartels mass-producing souped-up methamphetamine – that's the latest word as reported by The Associated Press, and it sounds pretty scary. But haven't we heard this story before? Like on "Breaking Bad," the AMC network's addictive drama series? Take a look at the real-life drug biz. Just consider ... The product: _ Today's newly potent meth has a tell-tale bluish-white color, and it's purer than ever: as high as 88 percent. _ Walter White, in his newly assumed alter ego of Heisenberg, has flooded the market with a product renowned for its distinctive blue color. The facility: _ Factory-like "superlabs" in Mexico are turning out meth with large-scale efficiency. _ Same on "Breaking Bad," although, in keeping the story close to home, the product can proudly claim to be "Made in U.S.A." That is, Walter (played by series star Bryan Cranston) and his maladroit assistant, Jesse Pinkman (Aaron Paul), have followed the American dream. The distribution: The future: