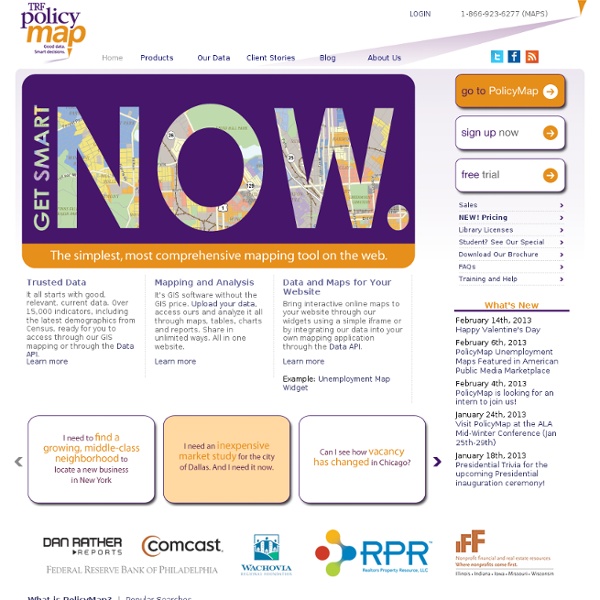 Welcome to MapBuzz! Map Maker Google Map Maker officially closed on March 31, 2017, and many of its features are being integrated into Google Maps. Since 2008, the Google Map Maker community has edited and moderated millions of features to improve the Google Maps experience. To make it easier for all Google Maps users to contribute changes to the map, we’ve started to graduate functionality from Map Maker to Google Maps on both desktop and mobile. Key editing features currently available in Google Maps include: We’ll continue to add new editing features within Google Maps on an ongoing basis. To keep contributing your local knowledge to Google Maps and engage with a passionate community of likeminded individuals, we invite you to join the Local Guides program where you can do things like: Earn points Unlock rewards for submitting edits and other information Get early access to new Google Map features.

Natural Earth Using Dynamic Non-Spatial Data In GeoCommons | geoMusings In my previous post, I described how I used a Python script to scrape power outage information from a local web site and convert it into an RSS feed. In this post, I’ll show how I used GeoCommons to visualize the changing information over time. The process starts by creating a data set in GeoCommmons based on a URL link to the feed created in the previous post. The general process for doing that can be found here in the GeoCommons documentation. My feed is not a GeoRSS feed so it has no location data of its own for GeoCommons to work with. The feed summarizes power outage by ZIP code so I chose “Join with a boundary dataset” so that I could join it with ZIP code boundaries I had previously uploaded. I selected the attribute in my feed (title) that was to be used to join with a corresponding attribute in the boundary data set (Zip) as shown below. You’ll notice that the success message indicates three features were matched. In the image above, you’ll notice a link labeled “fetch latest.”