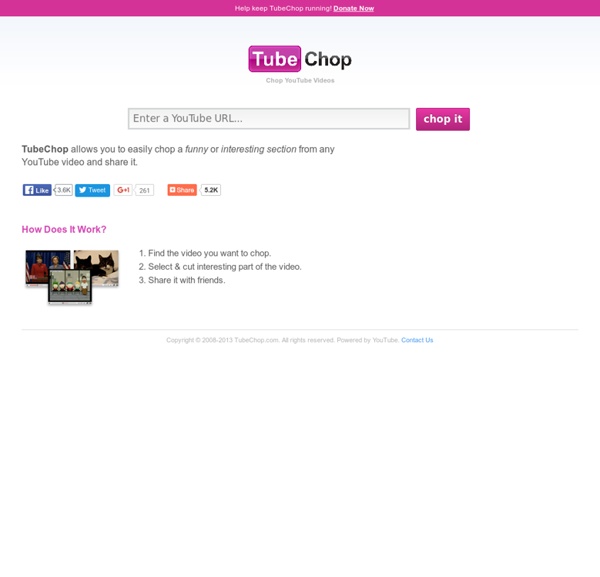 Youtubemixer.net RealClearScience's Top 10 Stories of 2011 2011 was truly a breathtaking year. From the Arab Spring to the Eurozone crisis, each day had the potential to bring earth-shattering change-- for better or for worse. Just as in politics and world affairs, this same intrigue held true for science. We were awed by many events in 2011-- some wonderful, some catastrophic. So, before charging on to 2012, we pause to count down the top 10 science stories of 2011. #10. Ralph Steinman became the first posthumous recipient of the Nobel Prize, winning the award in medicine for his 1973 discovery of the dendritic cell, a vital part of our immune systems. #9. Scientists announced the possibility of cloning a woolly mammoth within 5 years. #8. #7. Physicists went absolutely bonkers when it was revealed that neutrinos may be capable of traveling faster than the speed of light. #6. Science and politics make very awkward bedfellows. #5. Antibiotics have been a weapon in our medical arsenal for a long time. #4. #3. What goes up must come down. #2. #1.

Turntubelist: Mix YouTube video and YouTube music like a DJ. Create video playlists and ROCK! Museum News | Top Ten Science Stories of 2011 A departure from the typical corporate or social setting, the Museum offers a moveable feast of engaging experiences, with permanent attractions accented by an ever-changing array of traveling exhibits, films, and shows. Learn more about hosting an event Top Science Stories of 2011 | Video -- take a look at 2011 the year in science. The past twelve months insulin discoveries and disasters many of which we've never seen the likes of -- -- war. Joining us with his list of the top science story from the year -- by Ichiro -- Famed physicist and ABC news contributor doctor -- thank you so much for joining us. Glad to be on the show so what are your picks for the year was -- -- crazy weather so it wasn't just imagination what was behind it. The first theory is -- playing bad luck. If -- global warming is not a uniform rise in temperature -- swings. And so this is consistent with global warming now it's not the smoking gun he can't say -- Its global warming or is simply bad lack however the indicators are that -- it's in the direction of global warming. That's right in -- it was the story of that decade you think of the devastation. The reactor that was in worse shape had 100%. -- qualification and we've never seen this before. 100. We're in a Great Recession.

The Top 10 Science Stories of 2011 Inevitably, year-end lists invite plenty of debate and criticism, and Scientific American's is no exception. Certainly, we could have included the discovery of new worlds beyond our solar system, including Kepler 22 b, an exoplanet in the "Goldilocks" zone of habitability, as well as the first known Earth-size exoplanets. Or noted the accumulating evidence suggesting that hydraulic fracturing, or fracking, to retrieve natural gas is likely to contaminate water supplies. (Final New York State regulations, expected in mid-2012, could determine the future of fracking in the U.S.) Other candidates included the report of a new target against HIV, in which a doorway to infection (the so-called CCR5 receptor on immune cells) is blocked; the demonstration (using diamonds) that quantum entanglement can occur in everyday objects; and the MESSENGER spacecraft's photos of the planet Mercury, the first ever taken from orbit. » Start the countdown of our top 10 science stories in 2011