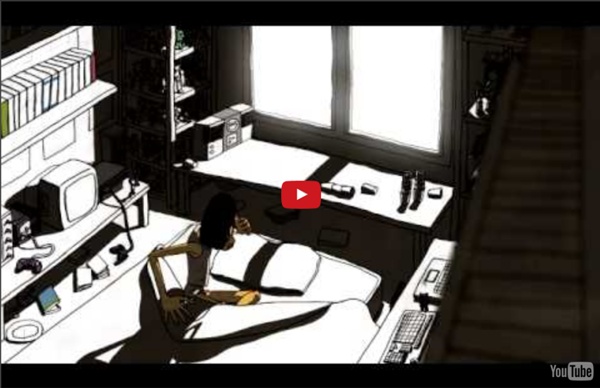 Related:  CHAPTER 7 - Choosing to be Different

Visiting the Bakhtiarias nomads in Iran - Part 1 of 2 Photo. Nice people from the Bakhtiari nomads. The Bakhtiari nomads living high up in the mountain hillsides. The scenery with snow capped summits in the background was something for itself! © Travel Explorations. The good smells from the beautiful Shabdar flowers that grow around created a unique atmosphere. According to my itinerary in July 2004 I travelled around in several regions such as Shahr-e Kod, Yasuj and Kafe Namdoon, which are the residing places or on the immigration routes of the nomads. I visited the Bakhtiari nomads in Shahr-e Kord region. In Kafe Namdoon I also got the chance to become familiar with the Qashqai tribe. Iran has many unique features of its own in its people, landscapes, arts and customs. The Bakhtiari nomads retain its traditional lifestyle and cultureThe Bakhtiari nomads, which numbered more than 1 million in 1997, inhabits an area of approximately 67,000 Km (25,000 Mi) that straddles the central Zagros Mountains. Hard lifeWe started from Esfahan.

All About Hikikomori: Japan's Missing Million - Tofugu Everyone wants to retreat from the world sometimes. But while sitting in your room playing video games, scrolling through Tumblr and reading Tofugu articles may be the only things on your to-do list this weekend, you'll eventually get over that failed test or bad breakup, and leave your room again to rejoin society. (Also, your weakened, sunlight-deprived body will need food that isn't bright orange and puffed.) But some Japanese people find themselves spending months—sometimes years—of their lives in their bedrooms, only slipping out for midnight treks to the nearest convenience store. Usually male and usually in their twenties, these are Japan's "missing million," otherwise known as hikikomori—and no one really knows why they've withdrawn from the world, though it's not for lack of trying. A Little Hikikomori History Source: Ben Seidelman Saito Tamaki was working as a therapist in the city of Funabashi when he noticed a recurring pattern. Here's What We Do Know Source: Hunter McGinnis

Andrew D. Blechman - author of LEISUREVILLE and PIGEONS LEISUREVILLE Adventures in a World Without Children From the author of Pigeons comes a first-hand look at America’s senior utopias, gated retirement communities where no kids are allowed. When his next-door neighbors in a quaint New England town suddenly pick up and move to a gated retirement community in Florida called “The Villages,” Blechman is astonished by their stories, so he goes to investigate. Larger than Manhattan, with a golf course for every day of the month, two downtowns, its own newspaper, radio, and TV stations, The Villages is a city of nearly one hundred thousand (and growing), missing only one thing: children. Blechman delves into life in the senior utopia, offering a hilarious first-hand report on all its peculiarities, from ersatz nostalgia and golf-cart mania to manufactured history and the residents’ surprisingly active sex life.

A world of fear for Japan's shut-ins Several years ago, a vogue of interest in shut-ins, or hikikomori, saw researchers from France touring Japan and meeting reclusive youths. Such was the prevalence of the disorder, said psychologist Nicolas Tajan, that “if you ask people in Japan about hikikomori, almost everyone will say, ‘I know somebody like that.’ But there is no such word in France.” I Called Him Necktie, by Milena Michiko Flasar Translated by Sheila Dickie.New Vessel Press, Fiction. Almost everyone? It’s not surprising to see foreign academic and cultural interest in the phenomenon of shut-ins. “Necktie” focuses on Hiro Taguchi, a 20-year-old who has spent the last two years holed up in his parents’ Tokyo home. Setting aside the fact that there are no wild cranes in Tokyo, or anywhere else on Honshu for that matter, we are told that Taguchi is compelled to go outside. The two men slowly trade life stories, told through conversation and flashbacks, and form a tenuous friendship. Where Flasar shines is in style.

Bakhtiari - ETHNONYMNS: none The term "Bakhtiari" refers to a group of people and to the area they occupy. The Bakhtiari inhabit about 156,000 square kilometers in and near the central Zagros Mountains of Iran. The most recent estimates place their population at about 700,000 in the 1980s. The Bakhtiari are traditionally nomadic pastoralists who make their winter encampments in the low hills along the narrow fringe of the northeast Khūzestān plain and their summer pastures in the intermontane valleys. Some also find summer pastures at the western edge of the central plateau, which is also the permanent habitat for a sedentary village population. Sheep and goats are the basis of the Bakhtiari economy, and Bakhtiari nomadism arises from the search for pastures. The family is the basic unit of production and of flock- and landownership, as well as of political and social organization. The Bakhtiari confederation was once much more powerful than it is today. Case, Paul E. (1947).

Dare to Be Different and Follow Your Heart Not the Crowd To dare to be different is to live your life your own way. Following your heart rather than following the crowd gives you much more chance to find happiness and fulfillment, but it takes courage. Many people are afraid of being different, of not being accepted by those around them, and of standing out rather than blending in. The truth of the matter is that we are all different. One reason is the belief that there is safety in numbers. What millions of people are doing could be right for them, but totally wrong for you. Following the crowd also eliminates the pressure of needing to think and choose. It is not just the challenge of soul-searching that can be scary either. Life is change. Change can also be positive if we stop resisting it and go with the flow. So, choosing to follow your own path means breaking away from the ‘safety’ of conforming. To dare to be different means being willing to stand out. I love C.S. It is not easy to fulfill your destiny. Related Articles Go Your Own Way

Abu Dhabi tourism ambassadors graduate ABU DHABI // Nearly 100 more UAE nationals have qualified to represent the emirate at home and abroad as tourism ambassadors. Ninety-eight Emiratis graduated at a ceremony at Jumeirah at Etihad Towers yesterday. The Abu Dhabi Ambassador Programme, launched in 2008, was created to give nationals the skills to promote the emirate both to tourists at home and to other nations while overseas. The class of 2012, honoured yesterday, are employed by more than 44 UAE organisations in the private and public sector. A total of 277 people have now successfully completed the course, an initiative by the Abu Dhabi Tourism and Culture Authority (TCA). Mohammed Ali Hammadi, head of commercial activities at the Abu Dhabi Department of Economic Development, came top of last year's intake. "For me, honestly, it has opened my eyes," he said. "If it says hotel I go and search what's the name, what's the cuisine offered and how many rooms." "This programme has expanded my horizons and my vision," he said.