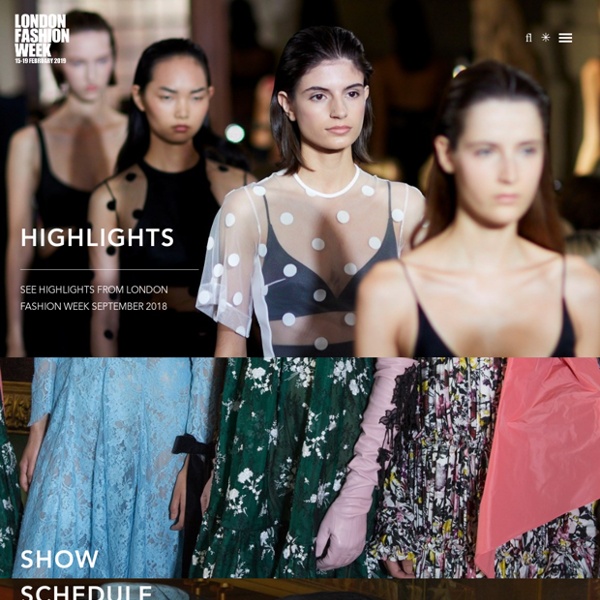 Italian fashion Italy is one of the leading countries in fashion design, alongside others such as France, USA, Great Britain and Japan. Fashion has always been an important part of the country's cultural life and society, and Italians are well known for their attention of dressing-up well; "la bella figura", or good impression, remains traditional in the Italian way of living![1] Italian design became prominent during the 11th–16th centuries, when artistic development in Italy was at its peak. Cities such as Venice, Milan, Florence and Vicenza started to produce luxury goods, hats, cosmetics, jewelry and rich fabrics. Modern History[edit] Fashion in Italy started to become the most fashionable in Europe since the 11th century, and powerful cities of the time, such as Venice, Milan, Florence, Naples, Vicenza and Rome began to produce robes, jewelry, textiles, shoes, fabrics, ornaments and elaborate dresses.[8] Italian fashion reached its peak during the Renaissance. Cities[edit] Milan[edit] Florence[edit]

Noose self-portraits question how equal black Americans really are - BBC News Image copyright Stefan Trotman (@mrcheyl) / Moise Morancy The pictures were designed to get a reaction - and they certainly did. New York-based artist, actor and musician Moise Morancy posted five nearly identical portraits online. Not only were the pictures liked thousands of times on Instagram, but they started a wave of tweets. "Oooo I love this #ItDoesntMatter campaign. Morancy didn't say much about the photographs on his social media accounts. "He forbid them from wearing dressing sneakers, hoodies or anything that could be seen as 'hood' or 'ghetto'," Morancy says. "Martin Luther King was killed in a suit," he says, "Trevyon Martin -" the Florida teenager who was shot by a neighbourhood watch volunteer in 2012 "- was killed in street clothes and a hoodie." But is the message that all black Americans will be treated the same - and potentially face violence - no matter what their occupation or situation, really a fair one? "But there are different ways of 'getting hanged'.

Italian Fashion Trends 2012 news New human-like species discovered in S Africa - BBC News Image copyright John Hawks Scientists have discovered a new human-like species in a burial chamber deep in a cave system in South Africa. The discovery of 15 partial skeletons is the largest single discovery of its type in Africa. The researchers claim that the discovery will change ideas about our human ancestors. The studies which have been published in the journal Elife also indicate that these individuals were capable of ritual behaviour. Image copyright NAtional Geographic The species, which has been named naledi, has been classified in the grouping, or genus, Homo, to which modern humans belong. The researchers who made the find have not been able to find out how long ago these creatures lived - but the scientist who led the team, Prof Lee Berger, told BBC News that he believed they could be among the first of our kind (genus Homo) and could have lived in Africa up to three million years ago. Like all those working in the field, he is at pains to avoid the term "missing link".

French fashion France is a leading country in the fashion industry, alongside e.g. Germany, Italy, the USA, the UK, Spain, Japan and Switzerland. Fashion has always been an important part of the country's cultural life and society, and the French are well known for their attention of dressing-up well; haute-couture, the "prêt-à-porter" and many others, the classy impression, remains traditional in the French way of living. Cities such as Lyon, Marseille, Toulouse, Lille, Strasbourg, Bordeaux, Nice and many others, during the last centuries come in developed cosmopolitan cities who start to produce luxury goods in rich fabrics. Manosque, La Gacilly, Vichy and many other cities and towns are leaders in cosmetic and industries, with important global premier beauty houses such as Lancôme, Clarins, L'Occitane, Vichy and many others. History[edit] Seventeenth - Nineteenth century[edit] The Sans-culottes (lit. Belle Époque[edit] World War II[edit] Post-War[edit] Cities[edit] Paris[edit] Lyon[edit]

how pop art influenced fashion Creative industries typically need each other to survive - art feeds on music, music feeds on art, fashion feeds on both and advertising eats everything it can get its mouth around. The bond between fashion and art is currently as strong as ever as evidenced everywhere from Prada's Spring/Summer 2014 commission of six graffiti artists, Bottega Veneta's work with Ryan McGinley and the modern-art-museum-worth of Louis Vuitton collaborations with artists like Yayoi Kusama to Takashi Murakami and Richard Prince. This commercially fruitful partnership goes back to the first half of the 20th Century, when Salvador Dali placed a giant-sized lobster on a white Elsa Schiapparelli dinner dress. Speaking to Wayne Tunnicliffe, the charismatic curator of Sydney's Pop to Popism exhibition, he explains that the relationship has been intensifying ever since. Pop artists didn't only use fashion in their work they also used fashion designers. Yves Saint Laurent by Andy Warhol, 1974

Fashion Designer Do you possess an eye for color and detail? How about a strong sense of the esthetic or an appreciation for beauty? If yes, then we got a career for you. Fashion designers create the dresses, suits, shoes, and accessories purchased every year for people not just looking to rock a red carpet but for the general public. There are also a small number of high-fashion or haute couture designers usually self-employed who create custom designs at very high prices. A designer can specialize into a specific field such as clothing, accessories or footwear. They study fashion trends, sketch designs of clothing and accessories, select colors and fabrics, and oversee final production. Formal education is important. Aspiring designers master these skills through internships with design or manufacturing firms. Competition is keen many are attracted to the creativity, beauty and glamour associated with the job. Still interested? Want to be the next Jason Wu?

original Christian Dior - Fashion Designer Christian Dior is one of the more interesting stories in fashion history. Born in Normandy, France in 1905, Dior came into fashion in a roundabout way. He also accomplished most of his success in the last ten years of his relatively brief and tumultuous life. Having studied political science in his youth, Dior served in France's armed forces and then moved back to Paris in the mid-1930s. Christian Dior in Fashion: World War II came and Dior was enlisted to serve in southern France in until 1941, when he was finally able to return to Paris. Christian Dior Style: Dior was known for his extravagance in women’s wear in a post-war time when women had been used to shorter and boxier skirts, which had their roots in the war-time rationing of fabric. Dior continued to run his successful fashion house until his sudden death at a health spa in Montecatini, Italy in 1957. Shop Christian Dior:

Export angel makes Olivia Burton global success Olivia Burton co-founders Lesa Bennett and Jemma Fennings. Olivia Burton has seen overseas sale jump by £440,000 since it began working with UK Trade & Industry (UKTI) on developing export markets. Brand co-founder Lesa Bennett contacted UKTI in 2012 following a recommendation from a colleague and began working with the government organisation’s trade advisor Martin Senior. She explained: “Our products have universal appeal but only a very small percentage of our sales were coming from overseas. Story continues below Senior recommended that the company sign up to Passport to Export, a twelve-month programme which provides new or inexperienced exporters with support to grow their business overseas. Olivia Burton, which retails in the UK through Selfridges, Harvey Nichols and John Lewis among others, has since developed into a global brand, exporting to 11 countries with the help of UKTI. “The last couple of years have been amazing for Olivia Burton.