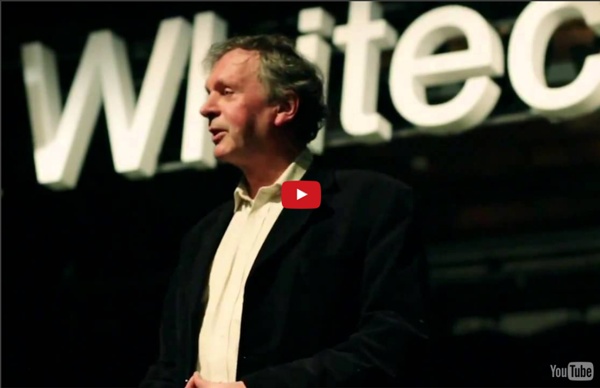 TED Flirts with Scientism Recent developments within the TEDx conference (Technology, Entertainment, and Design) community of organizers are indicative of a rising tide of intolerance in the world of science. Historically, TED has provided an influential forum for cutting edge ideas that may not otherwise have had a fair hearing in the public arena. Recent events, however, should cause one to question the credibility of TED and are a reflection of the increasingly polarized debate between science and religion in American culture. Responding to charges that TEDx conferences were booking speakers who were not representative of its mission statement, the organization sent a memo to the TEDx community of organizers regarding the need to be aware of and vigilant against would-be promoters of "bad science" (full memo here). In my estimation, a good deal of confusion arises from a lack of understanding as to what constitutes good science, bad science, and pseudoscience.

The Shamanic View of Mental Illness - JaysonGaddis.com I am reprinting this from an email I received from Malidoma Some, a west African Shaman whom I’ve had the privilege to meet, drive around Boulder, and work for for two days. Since I am going through what I believe to be a spiritual emergence, I am reading a lot on the topic. I want to continue to educate others. That what we sometimes call depression, bi-polar, psychosis, schizophrenia, might actually be a significant transformation in consciousness and a necessary stage on the path of human development. While this is a long article it’s well worth the read for those interested in the subject. by Stephanie Marohn(featuring Malidoma Patrice Somé) (Excerpted from The Natural Medicine Guide to Schizophrenia, pages 178-189, or The Natural Medicine Guide to Bi-polar Disorder) In the shamanic view, mental illness signals “the birth of a healer,” explains Malidoma Patrice Somé.

"¿ASÍ QUE QUIERES SER ESCRITOR?" de Charles Bukowski Rupert Sheldrake - Richard Dawkins comes to call One Company Has Enormous Power in the Breast Cancer 'Market' -- and Their Pricey Test Could Be Costing Lives May 14, 2013 | Like this article? Join our email list: Stay up to date with the latest headlines via email. So far, much of the heated discussion about Angelina Jolie’s brave Op-Ed in the New York Times today has focused on her decision to undergo a double mastectomy after learning she carried the BRCA1 gene. Jolie wrote, “It has got to be a priority to ensure that more women can access gene testing and lifesaving preventive treatment, whatever their means and background, wherever they live. Myriad’s monopoly over BRCA1 and BRCA2 not only means showing that it can charge whatever it wants for the test; it also means that further research on the genes is restricted, and that women who take the test and get an ambiguous result can’t get a second opinion, only take the test again. The economic and racial implications of all this are major, both for how the research has been done and who gets access to it.

Where Do We Go When We Die? A Look At The Soul’s Journey After Death Science and spirituality have split the public`s opinions on the matter of reincarnation and life after death. Science proponents believe biological death to be the absolute end of our experience, whereas spiritualists believe that our bodies are physical vessels for an eternal energetic aspect of our consciousness called the soul, which implants itself into a new body after the previous body has died. Many popular religions, such as Christianity, typically refute the idea of reincarnation because it contradicts the belief systems which state that there is a place where sinners go after death called “Hell” and a place where the devoted go called “Heaven”, but there has been a growing body of evidence that suggests that our souls incarnate more than one time. Dr. “After reading [this] book I started to interview my patients who had survived a cardiac arrest. Interestingly, Dr. 1.) 2.) 3.) 4.) 5.) 6.) 7.) 8.) 9.) 10.) References: 1.) 2.) 3.) Share and Enjoy

El Auténtico Valor de las Cosas (El Origen del Mal) Rupert Sheldrake Alfred Rupert Sheldrake is an English author,[3] public speaker,[4] and researcher in the field of parapsychology,[5] known for his "morphic resonance" concept.[6] He worked as a biochemist and cell biologist at Cambridge University from 1967 to 1973[3] and as principal plant physiologist at the International Crops Research Institute for the Semi-Arid Tropics until 1978.[7] Sheldrake's morphic resonance posits that "memory is inherent in nature"[3][8] and that "natural systems, such as termite colonies, or pigeons, or orchid plants, or insulin molecules, inherit a collective memory from all previous things of their kind".[8] Sheldrake proposes that it is also responsible for "telepathy-type interconnections between organisms".[9] His advocacy of the idea encompasses paranormal subjects such as precognition, telepathy and the psychic staring effect[10][11] as well as unconventional explanations of standard subjects in biology such as development, inheritance, and memory.[12] Background

Will You Swallow Google's Edible Microchip? Forget the mediocre Tom Cruise movies that barely justified their rental fee, this truly might be one of the creepiest 'future is now' transhumanist magic acts to date. Former head of DARPA and current head of advanced technology at Google-owned Motorola, Regina Dugan tells us to swallow the pill. As she explains: "When you swallow it, the acids in your stomach serve as the electro-light and they power it up and the switch goes on and off and it creates an 18 bit ECG like signal in your body and essentially your entire body becomes your authentication token." Since it's FDA approved and, as Dugan claims, can be taken 30 times a day without affecting your health, this pill a small price to pay for accessing your car and cell phone, right? Right. In case that's not enough, Dugan's also pushing a wearable E-tattoo that reads minds by detecting unvocalized words in the throat. This is not 'The Onion' folks, this is real.

Transmission from Pleiadians about sexuality - ⊙ Spectacles of shadow: Fellows Friday with Christine Marie Imagine 20-foot-tall shadows — animated by live performers — that pop out right next to you. TED Fellow Christine Marie creates an immersive, experimental theater of shadows that layers textured, colored light into wordless storytelling. But while her productions involve 3D stereoscopic effects and feel amazingly cinematic, it’s all done without the aid of computers or projectors. As her most recent production, 4 TRAINS/Signaling Arcana, opens this weekend at Z-Space in San Francisco, California, the TED Blog reached out to Marie to talk about how she’s reinvented old stereoscopic technology and merged it with her knowledge of filmmaking and traditional Indonesian puppetry to create something utterly unique. Describe how your shadow theatre productions work. This will be my fourth original production where I take multiple large screens and create a concave, visually immersive experience for the audience. The storytelling is like that as well. How do you generate 3D shadows? Awesome!