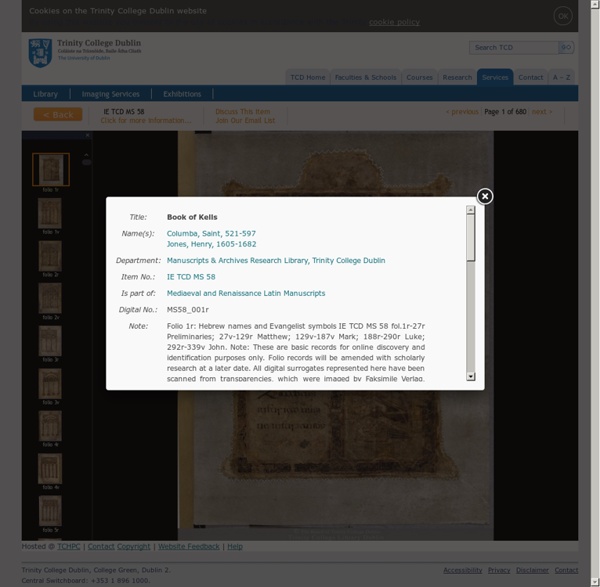 Georgii Krutikov, The Flying City (VKhUTEMAS diploma project, 1928) .Image: Photograph of Georgii Krutikov while a student at VKhUTEMAS (1926) “In 1928, the young architect Georgii Krutikov, in defending his diploma work at VKhUTEIN, presented a thesis project completely insane for the time, a ‘City of the Future’, which immediately became a sensation. The concept of a ‘flying city’ was as follows: the architect proposed to leave work, leisure, and tourism on the ground, while living areas would be moved to communes floating in the clouds of the city. Translated by Natalia Melikova,with slight edits by me. Georgii Krutikov photographed in 1927 В 1928 году молодой архитектор Георгий Крутиков на защите дипломных работ во Вхутеине представил совершенно безумный по тем временам дипломный проект «Город будущего», который сразу же стал сенсацией. From Richard Stites’ Revolutionary Dreams (1981): A far more popular craze of the 1920s that fed into science fiction was aviation. Georgii Krutikov, diploma portfolio for The Flying City (1928) With lightning telegrams:

London, British Library, Add MS 89000 Content The St Cuthbert Gospel (formerly known as the Stonyhurst Gospel) is the oldest intact European book. Made in the late-7th century, the manuscript contains a copy of the Gospel of St John, and was apparently placed in the coffin of St Cuthbert (c. 635–687) when he was re-interred at Lindisfarne in 698. Cuthbert's coffin was subsequently removed to Durham, where it was opened in September 1104 on the occasion of the translation of his remains, and the book discovered inside:"Ewangelium Iohannis quod inuentum fuerat ad capud beati patris nostri Cuthberti in sepulcro iacens anno translacionis ipsius" (13th century note added on f. ii verso: "The Gospel of John which was found at the head of our blessed father Cuthbert lying in his tomb in the year of his translation").

The Do's and Don'ts of Dining Etiquette Around the World [Infographic] If you’re any sort of mister manners when it comes to dining etiquette, you know the basics of American restaurant behavior. Splitting the check – usually OK. Letting out an impressive burp at a fine dining establishment – not so much. These unspoken rules are pretty clear-cut. This helpful infographic navigates curious eaters through etiquette around the world. Picthx The Restaurant Choice, Visual.ly Cameron Simcik Cameron is a Philadelphia native who is borderline obsessed with chocolate, coffee and sushi. A Rap on Race: Margaret Mead and James Baldwin’s Rare Conversation on Forgiveness and the Difference Between Guilt and Responsibility by Maria Popova “We’ve got to be as clear-headed about human beings as possible, because we are still each other’s only hope.” On the evening of August 26, 1971, Margaret Mead (December 16, 1901–November 15, 1978) and James Baldwin (August 2, 1924–December 1, 1987) sat together on a stage in New York City for a remarkable public conversation about such enduring concerns as identity, power and privilege, race and gender, beauty, religion, justice, and the relationship between the intellect and the imagination. By that point, Baldwin, forty-six and living in Paris, was arguably the world’s most famous living poet, and an enormously influential voice in the civil rights dialogue; Mead, who had just turned seventy, had become the world’s first celebrity academic — a visionary anthropologist with groundbreaking field experience under her belt, who lectured at some of the best cultural institutions and had a popular advice column in Redbook magazine. Art by Wendy MacNaughton for Brain Pickings

London, British Library, Cotton Vitelius A XV Cotton MS Vitellius A XV, ff 94r–209v The “Getting Shit Done” Sleep Cycle | PRSUIT As an entrepreneur my work schedule tends to be much different than a standard 9-5 job. I’d like to think that my lifestyle is unique, but I know there are thousands of other entrepreneurs out there sharing in my late night hustle.I read an article today about a 22 year old who has spent the last two years living on 4.5 hours of sleep per night. Interestingly enough this works out to earning him an extra two months worth of awake time every year. As I read the article I couldn’t help but to laugh. Not only did I have this guy beat by an additional three years of practicing my own unusual sleep cycle, but I had no clue that there are several different types of sleep cycles in the first place. Most people follow a monophasic sleep schedule, which involves seven to eight hours of continuous sleep every night. A typical workday for me starts at around 9am. This type of sleep may be known as biphasic sleep, but I refer to it as the “getting shit done” sleep cycle 6pm-7pm- Dinner.

Miscellaneous nonfiction (Bethlehem, Pennsylvania:) Executive Council of the Fraternity (by The Comenius Press) 1888. First edition. published under the direction of the Executive Council in the 55th year of the Fraternity. Gives the complete roll of each chapter; according to the introduction it was the intention to provide accurate statistical and biographical information on each member from the time he left college until the present (or until his death, for deceased members.) Also includes statistical reports on geographical distribution, those who served in the Union and Confederate armies, a summary of occupations, a table of relationships, and an index. bookfever.com (Volk & Iiams) Book number: 33332

NLW Peniarth MS 1 Reference: Peniarth MS 1 The Black Book of Carmarthen, so called because of the colour of its binding and its connection with the Priory of St John the Evangelist and Teulyddog, Carmarthen, is now thought by modern scholars to be the work of a single scribe writing at different periods of his life before and about the year 1250. This makes it one of the earliest surviving manuscripts written solely in the Welsh language. It was designated one of the 'Four Ancient Books of Wales' by William Forbes Skene (1809-92), although he believed it to have been written much earlier in the twelfth century. The manuscript came into the hands of Sir John Price of Brecon (1502?-1555), a man with antiquarian and literary interests. Little is known of its history after its rescue by Sir John until its acquisition by the seventeenth-century antiquary Robert Vaughan (1592? The manuscript is made up of eight gatherings of stout vellum sewn together and bound to form a volume of 54 folios (108 pages).

A Day at the First Video Game Rehab Clinic in the US I'm somewhere in the hushed hinterlands beyond Bellevue and Redmond, Washington, the hometowns of Nintendo of America, Microsoft Game Studios, Valve, Sony Online Entertainment (Sony’s MMO studio), Bungie, Sucker Punch, and perhaps dozens of other game developers whose creative works enthrall millions. This part of Fall City is so rural there aren’t even houses lining the streets, only a silent density of evergreens that occasionally yawned open to reveal gravel roads with Dead End signs posted at their entrances. Such was the road leading down to Heavensfield, the name of the five acre, ranch-like estate home to reSTART, the first in-patient treatment facility devoted exclusively to video game and internet addiction. I don’t have a car, so my friend Corey, with his piercing-eyed toddler strapped into the backseat, drove me the 30 or so miles east from Seattle to reSTART's center. It's here that we're greeted by Dr. Curiously, there are only men here. But it's not just gaming.

Where's the Bible in Harper Lee's 'Watchman'? Show caption American author Harper Lee speaks with documentary filmmaker and author Mary McDonagh Murphy (L) and family friend Joy Brown (R) prior to the publication of “Go Set a Watchman” at The Prop & Gavel restaurant in Monroeville, Alabama June 30, 2015 in a picture provided by Mary Murphy & Company LLC. Murphy is the director of the PBS/WNET documentary “Harper Lee: American Masters”. Harper Lee’s unexpected second novel “Go Set a Watchman” goes on sale July 14, 2015. (RNS) Harper Lee’s “new” book “Go Set a Watchman” is infused with religious life and Christian moral argument, from its title to its final words. It’s also a book with splashes of humor, enough Victorian poetry references to send readers scrambling for a Norton Anthology, and Bible allusions as the narrator of both novels, Jean Louise “Scout” Finch, grows up to own her own life. Examples (spoiler alert!) READ: What if Atticus turned out to be a ‘polite racist’? The book starts out lightly. Who is the watchman?

NLW, Peniarth MS 2 Reference: NLW Peniarth MS 2 The Book of Taliesin (Peniarth MS 2), dating from the first half of the fourteenth century, is one of the most famous Welsh manuscripts. It does not appear to have been known by its present title until the seventeenth century. The volume contains a collection of some of the oldest poems in Welsh, many of them attributed to the poet Taliesin who was active towards the end of the sixth century and sang the praise of Urien Rheged and his son Owain ab Urien. Other poems reflect the kind of learning with which the poet became associated, deriving partly from Latin texts and partly from native Welsh tradition. It is this manuscript which preserves the texts of famous poems such as 'Armes Prydein Fawr', 'Preiddeu Annwfn' (which refers to Arthur and his warriors sailing across the sea to win a spear and a cauldron), and elegies to Cunedda and Dylan eil Ton, as well as the earliest mention in any western vernacular of the feats of Hercules and Alexander.

The Great Wide Somewhere NLW, Peniarth MS 20 Reference: Peniarth MS 20 The Peniarth 20 manuscript includes several different texts, Y Bibl Ynghymraec, Brut y Tywysogion, Myrddin a Gwenddydd and Gramadeg Barddal. Y Bibyl ynghymraec The first text in the manuscript, 'Y Bibl ynghymraec', (The Bible in Welsh) is a translation of a part of Promptuarium Bibliae. Brut y Tywysogion 'Brut y Tywysogion' (The Chronicle of the Princes) is a translation of a lost Latin work, the Cronica Principium Wallie. There are two main versions of 'Brut y Tywysogion', the version in the Red Book of Hergest that is kept at the Bodleian Library, Oxford and the Peniarth 20 version. It is not known who was responsible for creating the 'Brut', but the evidence suggests that he was a Welshman as he made considerable use of Welsh proverbs and sayings. In Peniarth 20 two or three later copyists added the entries for the years 1282-1332 to the main text. Myrddin a Gwenddydd A bardic grammar The manuscript finishes with a bardic grammar. Further Reading J.