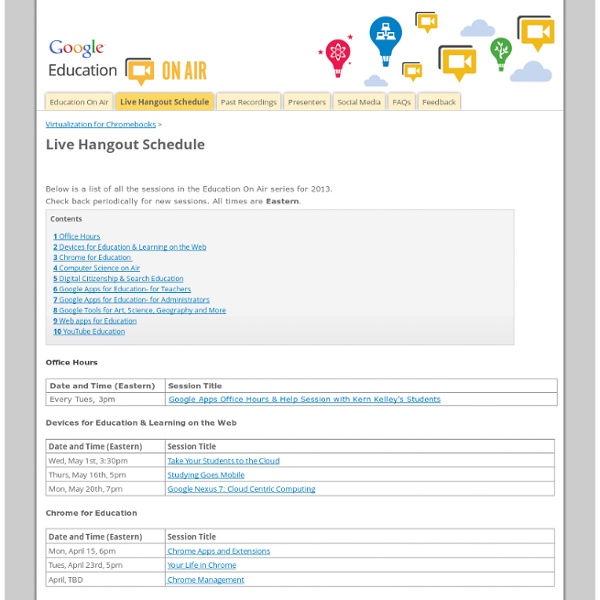 How Google Chrome Can Help You Learn a New Language Google has produced a new extension for Google Chrome, and this one could help you learn a new language. It’s called Language Immersion for Chrome by Use All Five, Inc., and this extension allows you to select a language other than your own and configure the immersion level you wish to apply to pages as you browse around the Web. Once set, certain words and/or phrases will appear highlighted and translated in your selected language, making it easy for you to pick up on that second language as you become more and more familiar with common phrases used in articles. For example, you could pick up a little extra Spanish every day by selecting Spanish and setting the immersion level down to novice. After a while, you may opt to gradually increase this immersion level to include a larger percentage of your daily reading until eventually you have a grasp of the written language. Language Immersion for Chrome works with all 64 Google-supported languages. Other Useful Chrome Extensions

Google Apps vs. Office 365: Why Google Will Win the Enterprise | BetterCloud BlogBetterCloud Blog Since our founding, it’s been a core mission of BetterCloud’s to spread the word about Google Apps and evangelize for the platform. And after raising a Series A this past January, we’ve stepped up our hiring process, which has led candidates to ask why I’m betting my career and company on Google Apps. This was a question we encountered throughout the fundraising process and I’m sure it’s frequently asked of other ISVs and Google Apps resellers. While I’m obviously biased towards Google Apps, I do wholeheartedly believe the platform will win. Just three years ago, I was a power Microsoft Exchange and Outlook user and frankly hadn’t considered Google Apps as a serious enterprise platform until I started working at a Google Apps reseller. It took me about a week to get up to speed with Apps and I very quickly realized the value in the platform. While I may be biased, there’s no arguing that Google has made a serious play for the enterprise and in my opinion, is slated to win. Pricing Timing

Google Docs vs. Microsoft Word | BetterCloud BlogBetterCloud Blog 10 Microsoft Word 2013 headaches and how to cure them with Google Docs An article appearing in PCMag last week entitled 10 Microsoft Word 2013 Headaches and How to Cure Them caught our attention. While the authors gave some great information and provided a few handy work arounds, the cure to us seems pretty simple – get rid of Word altogether and trade up to Google Docs. Let’s examine each of the 10 issues discussed in the article and how Google Docs can remedy or completely avoid them altogether. 1. Word 2013, like other versions, has problems with image formatting. To insert an image into a Google Doc, simply select ‘Insert’ from the top navigation, then choose ‘Image.’ 2. Word 2013 eliminated autocorrect from the spelling error context menu, which means when you have a typo, you can no longer right click on the typo and hit autocorrect to remedy the error. Luckily, autocorrect is extremely simple to find and use in Google Docs. 3. 4. Tracked changes in Word 2013 appear very faintly. 5.

The Future of Higher Education and Cloud Computing For 2013, cloud computing has become one of the most buzzed-about tech trends and solutions that improves IT and operational efficiency for businesses. Along with productivity programs, such as address software from QAS and project management from Apptivo, cloud computing services are a growing necessity for business organizations. From marketing strategies to technology-focused operations, the needs of educational institutions don’t differ too much from enterprises. How can Cloud Computing Benefit Educational Institutions? Although colleges and universities have been using “cloud-based” applications for years (e.g. email), the cloud computing trend is quickly evolving into a premium model for data storage and exchange. Higher educational institutions recognize that adopting the latest technologies and solutions is essential to staying competitive and retaining students. The Cloud can Help Colleges and Universities: Ed Tech Magazine and Cult of Mac surveyed colleges and found:

Exclusive: Inside Hangouts, Google's big fix for its messaging mess By Ellis Hamburger and Dieter Bohn Skydivers equipped with futuristic glasses live-broadcasted their descent into the Moscone Center in downtown San Francisco during last year’s Google I/O. Developers lined up to receive not one, but four free devices costing $300 or more. Google announced the Nexus Q, an exercise in over-produced gadgetry meant to stream music to your home theatre system. Away from the spectacle, during a quiet “fireside chat” for a product that was not receiving any major updates, Google admitted it had a serious messaging problem — or rather, a messaging app problem. When faced with a question about Google’s fragmented communication tools, director of real-time communications Nikhyl Singhal responded quickly and honestly, as if he’d prepared for the question. What he didn’t say was that Google had already been working on a solution for a year, and that the results of those efforts were still a year away. It’s also late to the game. A history of hangouts Cloud messaging

The future of hardware With all the talk of cloud and cloud computing it has often been forgotten that what once was the future – hardware manufacture – is in danger of collapsing. Or is it? Can the future of cloud go hand in hand with hardware? Some analysts believe that despite the rapid growth of cloud, traditional computing systems will still be around for sometime yet. If this is true, and somehow I have no reason to doubt it, then traditional computer hardware manufacturing whether it is chipsets or motherboards still has a future. However, even if there is a decline in the design and development of traditional computers, this does not infer that other hardware aspects will discontinue. While there is certainly a lot of hype surrounding cloud, not everyone is buying into it. I think I agree.

A new Moodle home page: “I am studying towards a degree, not a group of related courses” – E-learning team blog At Sussex University we have taken steps to reconceptualise our learning space from the point of view of the students. Students understand their educational journey to be one towards accreditation in a degree programme, but in the past our online space only reflected the compartmentalised courses (modules *) that made up their studies. As of March 2014 we created a new home page that included information about their overall degree. Why did we bother? The idea behind the project is to help consolidate student learning and provide a bridge between courses. Strategically the project has been designed to help improve results in the UK National Student Survey (NSS); a survey which has an influence on UK universities desirability to prospective students. What does it look like? The students have a new Moodle front page with the title of their degree and a summary of programme information. The page includes a number of panels with different information types. These include:

The Line It Is Drawn.... Google, Twitter and NASA are showing why data is the new cloud Data analytics is apparently hot this week when it comes to the cloud. At this year’s Google I/O, the search giant showed the cloud world that it means business as the company revealed Dataflow, which is essentially an easy way for engineers to create data pipelines that can deal with batch processing as well as stream processing. Twitter also showed that it can handle complex data analytics as it unveiled TSAR, a framework that acts as a real-time data orchestrator that ensures that all of company’s many data analytics systems are linked together and able to provide its product teams with reliable insights. NASA also got in on cloud-related data news as the agency unveiled a new Amazon Web Services-hosted contest that allows for participants to obtain a bunch of earth science data in the hope that the public will be able to figure out new ways to use the data. And data analytics wasn’t the only thing going on this week. The Structure Show Download This Episode Subscribe in iTunes

James Meek · In the Ghost Library · LRB 3 November 2011 ‘For voters, feelings prevail over beliefs,’ Peter Mandelson writes in The Third Man. ‘People may be torn between their head and their heart, but ultimately it is their gut feeling that is decisive: they vote for the candidate who elicits the right feelings, not necessarily the one who presents the right arguments.’ This clear and succinct expression of the idea that emotion is the true currency of democratic politics stood out on the page, and I moved to underline it, only to realise someone had done so already. Oddly, the book was spit new. It wasn’t even on paper. It was an ebook, a digital form of Mandelson’s masterwork that I’d downloaded from Amazon via the Kindle app on my iPad in the hope (futile, as it happened) of gleaning information about an obscure moment in recent British history. If the metareader is populous enough, a much noted passage will be recorded on Amazon’s ‘Most Highlighted Passages of All Time’ chart.

Computing and Information Services : A guide to using Dropbox and other cloud-based storage services What is cloud-based storage? Personal cloud based storage solutions (such as iCloud, Dropbox, Skydrive, Google and Ubuntu1) have become very popular for storing your own files like photos and family documents, as they provide an easy way to store and share your information. However at the moment, use of personal cloud based storage services has a limited use when it comes to sharing any data you create or receive in relation to University business because: They do not guarantee that our obligations under the Data Protection Act (DPA) are met They do not offer sufficient protection for intellectual property (our ideas) or information that we would class as commercially confidential They do not keep records as to who accesses the data Why are you thinking of using cloud-based storage? There are a number of University systems which may be appropriate depending on why you are considering cloud-based storage as an option. Is there any personal or sensitive data in there?