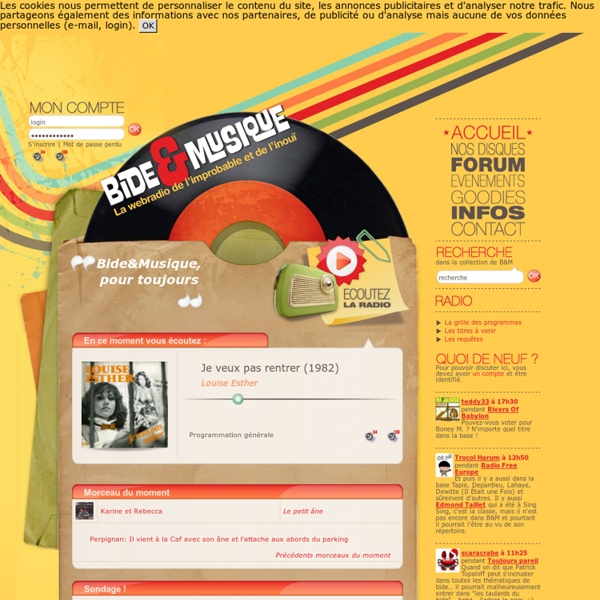 Lyrics Mania Les Clés de l'Ecoute | Un site utilisant WordPress The Invention of the White Race Infirmière chanteuse It’s what you do with Another day, another blessing Gigue du Québec L’Amour est là If You Really.mp3 I Want To Sing.mp3 La Paix.mp3 I Need To Love You.mp3 Je Veux Un Pays.mp3 Une Infirmiere.mp3 Prelude to the Irish Famine: Demographics There are no reliable population figures for Ireland before 1841, however estimates (often based on Hearth Money Returns) have been carried as far back as 1700. These figures show that Ireland's population rose slowly from around 3 million in 1700 until the last half of the 18th century when it had reached 4 million. It then entered a rapid period of increase (around 1.6% per annum) which appears to have slowed to 0.6% by 1830. By 1841, the population had reached 8.2 million (according to the census, but the actual figure may be nearer 8.5 million). The population would probably have levelled off at a value of 9 million had it not been for the famine that began in 1845. Emigration has been a feature of Irish history more than almost any other country in the world. Between 1815 and 1845, 1.5 million Irish emigrated, mainly to Britain (c0.5 million) and to north America (c1 million). > Next > The Famine 1: Potato Blight >

MC Gilles The sociological description of Ireland in Jonathan Swift’s “A Modest Proposal” Multitext - William Carleton Novelist. He was born 4 March 1794, in Prillisk, near Clogher in Co. Tyrone. His parents were small farmers and he was the youngest of fourteen children. They spoke Irish and English and had an interest in local history, story-telling, singing, and folklore. He was educated in hedge schools and he later at a classical school run by Rev. Through the Association for Discountenancing Vice, Carleton got teaching posts in Mullingar and Carlow. Carleton offered to help Robert Peel to combat Emancipation and Catholicism in Ireland and to prove that O’Connell, the Catholic Association, and the priests were involved in agrarian crime. His Traits and Stories of the Irish Peasantry is based on his knowledge of the character and folklore of the people he grew up with or met on his travels. Although Carleton was prolific and successful, he was always short of money because of his family expenses and his heavy drinking. Autobiography, Biography & Studies. Tomás O’Riordan