A second spring of cleaning 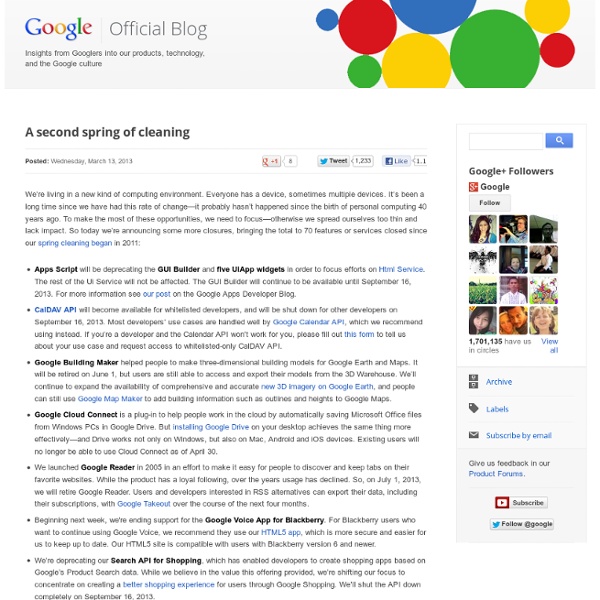 This Man Thinks He Never Has to Eat Again You know what's an irreversible waste of time, money and effort? Eating food you take pleasure in eating. I mean, wouldn't you rather just ingest a tasteless form of sustenance for the rest of your life and never have to go through that tedious rigmarole of opening and eating a pre-made sandwich or enjoying a huge hungover fry-up ever again? Rob Rhinehart – a 24-year-old software engineer from Atlanta and, presumably, an impossibly busy man – thinks so. Rob found himself resenting the inordinate amount time it takes to fry an egg in the morning and decided something had to be done. I wasn't sure if he was trolling at first, because "soylent" is the name of a wafer made out of human flesh and fed to the overpopulated masses in the seminal 1973 sci-fi film Soylent Green, but then I read the extensive post on Rob's blog about how he came to make the stuff and started to believe him. VICE: Hi Rob. What was the next step? So what’s in Soylent, exactly? And that tastes as good as a burger?

Google Reader to shut down July 1st Google has announced yet another spring cleaning of its various services, and this time around, the company is giving the axe to its Google Reader RSS aggregator. The service, which originally launched back in 2005, will be officially put out to pasture on July 1st, 2013. Reader has gone through a number of iterations, but it had not been significantly updated in a long time. In addition to killing off Reader, beginning next week Google is ending support for the Google Voice app for BlackBerry smartphones, instead pointing users toward the HTML5 webapp. Lack of usage and a 'focus on fewer products' are to blame While a number of users will be affected by the end of Google Voice for BlackBerry and the various API services, the biggest blow for many will be the disappearance of Google Reader.

Cambridge University Engineering Department - Qi Pan Interactive Model Reconstruction with User Guidance [Home] [2009 ISMAR (2.4MB)] [Longer Version (5.6MB)] [Poster (1.9MB)] Generating 3D models of real world objects is a common task during development of any augmented reality application. This paper describes how ProFORMA (Probabilistic Feature-based On-line Rapid Model Acquisition), a rapid reconstruction system, has been designed to simplify and speed up this task. ProFORMA uses a fixed video camera to allow on-line reconstruction of objects held in a user's hand. Partial models are generated very quickly and displayed instantly, allowing the user to plan how to manipulate the object's pose in order to generate additional views for reconstruction. We demonstrate how augmented reality can be used to assist the user in view planning, guiding the user to collect new keyframes from desirable views in order to complete and refine the model. Figure 1: The viewing sphere of the object is discretised into an icosahedron. Contact Information

This Man Thinks He Never Has to Eat Again : TrueReddit Google Closes The Book On Google Reader On July 1, Seven Other Products Also Get The Chop Google just revealed plans to shut down eight of its services as part of what it’s calling an ongoing spring cleaning effort. Some of them are pretty arcane, but among TechCrunch writers, anyway, we’re pretty bummed to see that Google Reader will be shut down on July 1. “We launched Google Reader in 2005 in an effort to make it easy for people to discover and keep tabs on their favorite websites,” SVP of Technical Infrastructure Urs Hölzle writes in the blog post. “While the product has a loyal following, over the years usage has declined. As a result, we can probably expect another round of “RSS is dead” posts. Google’s declining interest in RSS was already pretty obvious given last fall’s shutdown of AdSense for feeds. RSS, as a mainstream consumer technology, is mostly dead today (though it still provides a lot of the backend plumbing for many web and mobile apps). Other products being shut down (with various nuances in terms of what will still be available to whom) include:

Anaglyphic Glasses, 3D Glasses | 3D Glasses Online As the world's leading manufacturer of paper 3D glasses and innovator in 3D promotions, we introduce IYF 3D anaglyphic glasses. (FYI: It stands for IN YOUR FACE 3D). Our re-formulated and supercharged 3D glasses with red and cyan filters coupled with our expertly converted 3D images of your ad or website will blast your promotion into the third dimension. SEE and be seen with our IYF 3D anaglyphic glasses as you plan your next print campaign, magazine ad, direct mail flyer, or website. 3D anaglyphic glasses are used for viewing print, DVD and Blu-Ray, websites, games, and computer applications in 3D and is defined as two views of the same subject (either moving or still) in contrasting colors and slightly offset for two different perspectives. Let our conversion specialist transform your next printed project so that it explodes in your face.

Abandoning the Unprofitable: Google Reader and the Cruel Logic of the It-Gets-Better Business Written by Michael Thomsen (@mike_thomsen) Progress is only exciting in the first stages, when a fanciful idea becoming an attainable thing is most delightful. But if progress exists, it must also be maintained over long periods of time, to ensure its benefits remain in place even for those who've forgotten they're there. While Reader's ideals of serving and centralizing content became less and less useful to Westerners, it came to play an important role in countries like Iran and China, where the government's heavily censor what is available online. Like the closure of Labs before it, Reader's servers going offline is a clear instance of a company choosing marginal profitability over servicing a public good that has become boring. John Pavlus points out Reader was a product of Google Labs, the company's now closed department focused on inventing things with no imposed constraints on profitability or utility.