How do you define the American Dream? 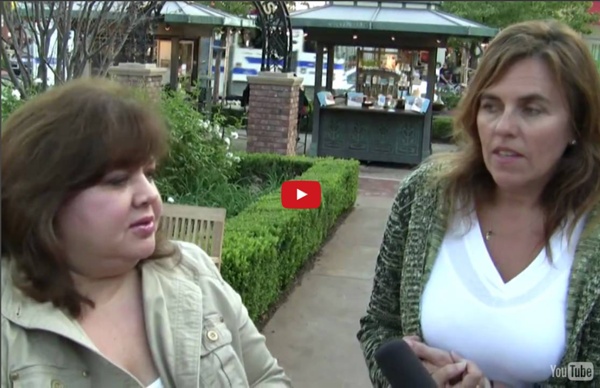 Fox News During The Civil Rights Movement Posted on June 1, 2009 in Political Cartoons See Also: Thoughts on FOX. [tags]fox news, civil rights movement, pics, photos, irony, black terrorists, african-americans, special rights, faux news, images, civil rights or terrorists?[/tags] 15 Things You Might Not Know About 'Of Mice and Men' You probably spent some time as a teenager reading John Steinbeck’s novella Of Mice and Men. Even if you know about Lennie and George’s heartbreaking pursuit of life, liberty, and a hutch full of rabbits, there are a few things you might have missed about the iconic story during English class. Although he was a Stanford University graduate and had published five books by the time he wrote Of Mice and Men, Steinbeck had more in common with his itinerant main characters than readers might have expected. “I was a bindle-stiff myself for quite a spell,” the author told The New York Times in 1937, employing the now archaic nickname for migrant workers. “I worked in the same country that the story is laid in.”

The March on Washington, 1963: Photos of the Epic Civil Rights Event Civil Rights Movement '60s So many scenes from the August 28, 1963, March on Washington are now familiar to so many of us — and the cadence of Martin Luther King Jr.’s “I Have a Dream” speech is so much a part of the national consciousness — it’s easy forget that for the hundreds of thousands of people who marched and rallied that day, the event was wholly, thrillingly new. There had been, of course, other civil rights protests, marches and demonstrations. But none had been so large (estimates range anywhere from 200,000 to 300,00 people) and none garnered so much attention before, during and, especially, after the event itself.

What Is the American Dream Today? By Kimberly Amadeo Before looking at what the American Dream is today, we need to look at its roots. It has always said that the government will protect your opportunity to improve your life, no matter who you are. Segregation Now: The Resegregation of America’s Schools White students once accounted for a majority of the Tuscaloosa school district's students. But by the mid-1990s, they made up less than a third. Total enrollment had dropped from 13,500 in 1969 to 10,300 in 1995. Many white parents had decided to send their children to nearly all-white private schools or to move across the city line to access the heavily white Tuscaloosa County Schools. Tuscaloosa's business leaders and elected officials had witnessed the transformation of other southern cities after their school districts had reached a tipping point—the point at which white parents become unsettled by the rising share of black students in a school, and pull their children from the school en masse.

How the World Perceives the New American Dream The American dream has always been global. In 1931, when the historian James Truslow Adams first introduced the concept, he credited the dream with having “lured tens of millions of all nations to our shores.” Yet in recent years, a troubling gap has developed between this original dream and a new one that speaks far less eloquently to the rest of the world. Mother killed herself and daughter in car fire A single mother who was the focus of a sustained campaign of abuse from a gang of youths killed herself and her teenage daughter by setting her car on fire, an inquest heard yesterday. Fiona Pilkington, 38, committed suicide in October 2007 by parking in a lay-by in South Leicestershire with her daughter, Francecca, 18, dousing the back seat in petrol before setting it alight with both women still inside. The fumes in the car caused an explosion, destroying the Austin Maestro and killing Ms Pilkington, who was in the driver's seat next to her daughter.

Disability Social History Project - Timeline "Freak Shows" in the United States (1840-1940) How'd You Like to be a Giant? For one hundred years (1840 - 1940) the freak show was one of America's most popular forms of entertainment. Today the same shows would be considered unacceptable and cruel, or as one disability rights activist put it, "the pornography of disability." In the mid 19th century, however, Americans were beginning to move from the farms and a family-based society to one which relied more on organizations, including institutionalized entertainment. It was at this time that P.T. Discovery Education UK TV and radio presenter Diane Louise Jordan is a well-known and much loved public figure who is often referred to as a "presenter across boundaries" in recognition of how comfortably and naturally she relates to people from all walks of life. Currently Diane can be heard every Sunday morning on BBC Radio 2's The Sunday Hour and is a regular face on Songs of Praise (one of the BBC's longest running programmes). Diane came to prominence in 1990 when she was invited to become a member of the legendary Blue Peter presenting team. Such was her popularity that when, six years later, Diane decided it was time to move on, the programme's editor dedicated two complete shows to her departure – a first in the programme's history. Nearly a million people telephoned voting for their favourite moments of Diane.

Ten ways in which Shakespeare changed the world Back in 2012, the British Library displayed a rare book that attracted as much media attention as a Gutenberg Bible. It was a mass-produced edition of a text once owned by Nelson Mandela, inked with his pen. Mandela had kept this volume by his bedside for more than 20 years and it had sustained him through his darkest hours on Robben Island.